Watch as These Robots Impersonate The Beatles 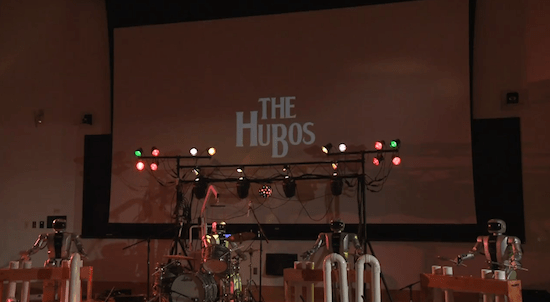 Drexel University recently acquired a bunch of HUBO humanoid robots for their engineers. What exactly do you do with robots like these? No end of worthy experimentation, I’m sure, but Drexel went the extra mile to show off their new robots by having them perform “Come Together” by the Beatles. It’s probably one of the best uses of robots you’ll see today.

In case you’re curious, IEEE spectrum estimates that this little display cost around $1.5 million to put on, since each robot apparently goes for about $300,000 to $400,000. Oh, and Drexel has three more of the Hubos lying around for a grand total of seven. Presumably they weren’t included because so few well-known bands have seven members. Except maybe The Arcade Fire.