Gotham Will Get "Prenatal" Robin Origin | The Mary Sue

Robin Apparently Has a “Prenatal” Origin Story Coming up on Gotham, But Harley Quinn Will Have to Wait

Jingle bells. Batman smells. Robin was in an egg. 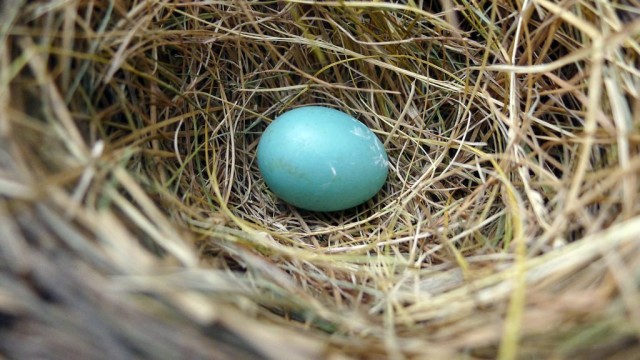 Hey, we could do a Harley Quinn origin to give fans something, since we’re putting off the Joker for now… Nah, screw it. Let’s do a backstory for a character who isn’t even born yet.

I’m paraphrasing, but with new info following comments by Gotham‘s Ben McKenzie that we might meet the Grayons in season one, it looks like that’s pretty much what’s in store for the show. Showrunner Bruno Heller has confirmed that Robin’s origin story is, in fact, coming up, despite the logistical hurdles of the generation gap between Dick Grayson and Bruce.

On how the Graysons will come home to roost, Heller told EW, “We’re going to do a prenatal origin story for Robin down the line. There are no MRIs involved. There’s an episode coming up where we learn how Robin’s parents got together.”

OK, but if Bruce talks to Mrs. Grayson’s tummy at any point, I’m out.

But how on Earth did they come to such a decision—or any of the “how many villains can we pack into this show” calls? Heller expanded on that a bit in regards to the wait for Harley Quinn. He said,

One of the things about the size and scope and ambitious of this production is that—it’s not that there’s lots of chefs in the kitchen, but there’s a lot of people with opinions and views and inside knowledge. That aspect of the show—which characters to use and when—is a source of constant discussion. And that may well have been an issue that came up and was dropped. We haven’t got Harley Quinn in it. Riddler’s girlfriend is coming up. And Harley Quinn is definitely planned for later on, but so far no.

So no Harley for now, but unborn Robin is a priority. Got it. Way to lay an egg, Gotham.