This Electric Car Can Go 40 Miles on a Single Charge, is 115 Years Old 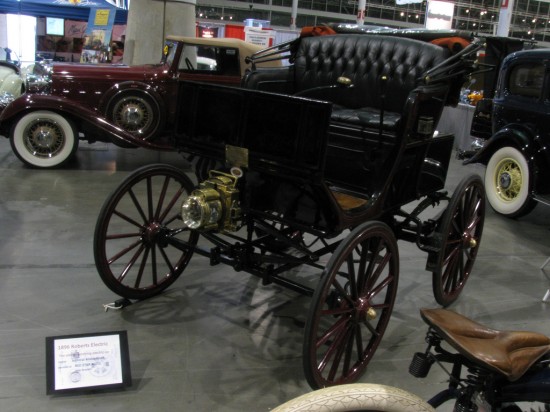 While electric cars are just now starting to break into the mainstream auto market, it should be noted that they have a far longer history than most are aware. For instance, this is the Roberts electric car, from 1896. A mere 115 years ago, before Ford’s model T or heavier-than-air flight, the one-of-a-kind Roberts could go for an impressive 40 miles on a single charge. Coincidentally, this is the same range advertised for the Chevy Volt, the combination electric-gas plugin hybrid car that much of the restructured General Motor’s hopes are riding on.

Of course, the Roberts lacks much of what we’d expect with a car today. Things like inflatable tires, safety belts, or a steering wheel — instead, drivers use a control rod called a “tiller.” Amazingly, this century-old vehicle is still on the road having recently competed in a 60-mile vintage automobile race from London to Brighton. Seeing what the Roberts is capable of, it’s a testament to both 19th century engineering and how distressingly slow the development of electric vehicles has been.

Read on after the break for a video of another electric classic, the 1914 Detroit Electric — some of which were capable of running nearly 100 miles on a single charge.

(via Daily Caller, image via puffycombes)