Why Not: BMW Foresees Cars With Laser Headlights 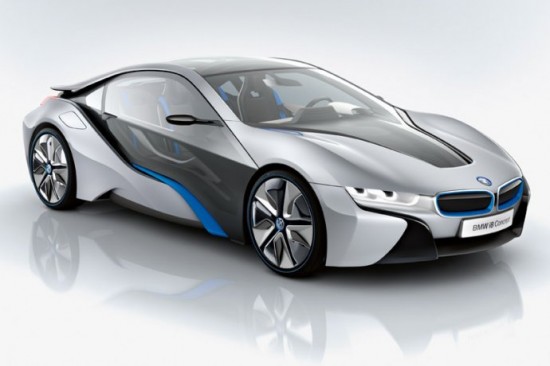 High-end car maker BMW has recently announced that their i8 concept vehicle will feature laser headlights. Citing increased efficency, reduced size, and just because they can, BMW says that the laser is the next logical step after the LED for exterior automobile lighting.

BMW will use miniscule 10-micron long laser diodes, which is 100 times smaller than LED units, in the vehicle. Despite their tiny size, the laser diodes have far lower power requirements, able to shoot out 170 lumens per watt, versus a paltry 100 lumens per watt from LEDs. This could potentially increase the range of an electric vehicle, and improve overall efficiency for the conventional vehicles. For those in the audience who are exterior lighting designers in the automotive industry (hi, dad!), the lasers also provide a “coherent” light source and “a constant phase difference,” which I assume to be a good thing.

Of course, where lasers go, safety concerns will follow. In their press release on the subject, BMW emphasizes that the laser lights would be safe for both drivers and wildlife. In their configuration, the laser diodes are not facing forward shining out on the road. Instead, the light would be somehow diffused  using a “fluorescent phosphor material” inside the headlight. In addition to making it safe to look at this also softens the bluish-tinge of the laser light, making it powerful but easy on the eyes.

Despite the apparent usefulness of laser headlights, the fact that its coming from a luxury carmaker makes me think that this isn’t exactly going to shake up the auto industry. True, it is certainly brighter and more efficient, but the fact that I can buy 25 white LEDs for $6 makes me wonder how practical lasers would be for low to mid-range consumers.

Still, driving with lasers certainly does have a very strong draw. Maybe the best move would be to drop the safety issues, make them incredibly dangerous, and rig up the tail lights to create lasers walls in my wake ala Tron. Then I’d be sold.