Was Robert Redford Just Added To The Cast Of Captain America? 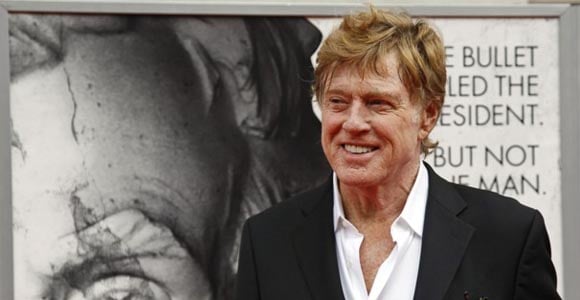 Just when you thought things were calm on the Captain America: The Winter Soldier front we find out Robert Redford might have just been cast. This is…unexpected.

So what exactly is going on here?

“I’m hearing that Robert Redford is in discussions to join the cast of Marvel’s Captain America: The Winter Soldier, the sequel that brings Chris Evans back as the shield-carrying superhero,” says Deadline. And who on Earth could he be playing? “Redford is in talks to play a senior leadership role in S.H.I.E.L.D., the superhero collective run by Samuel L. Jackson’s Nick Fury character.”

Honestly, if this turns out to be legit, I’ll be really shocked Marvel managed to snag such a huge name. And as Deadline points out, “It will be somewhat ironic for the patriarch of independent cinema to become a regular in some of Hollywood’s biggest studio blockbusters.”

Meanwhile, another S.H.I.E.L.D. agent is excited to be on board for The Winter Soldier. Actor Maximiliano Hernandez will reprise the role of Agent Sitwell in the film according to Total Film. “It’s a much bigger role in a much darker Captain America story,” he said. “I can’t say much more or the Marvel cops will revoke my S.H.I.E.L.D. clearance. Trust me you will all freak out in the theatre when all is revealed.”

(via Deadline, image by Alex Brandon/AP)