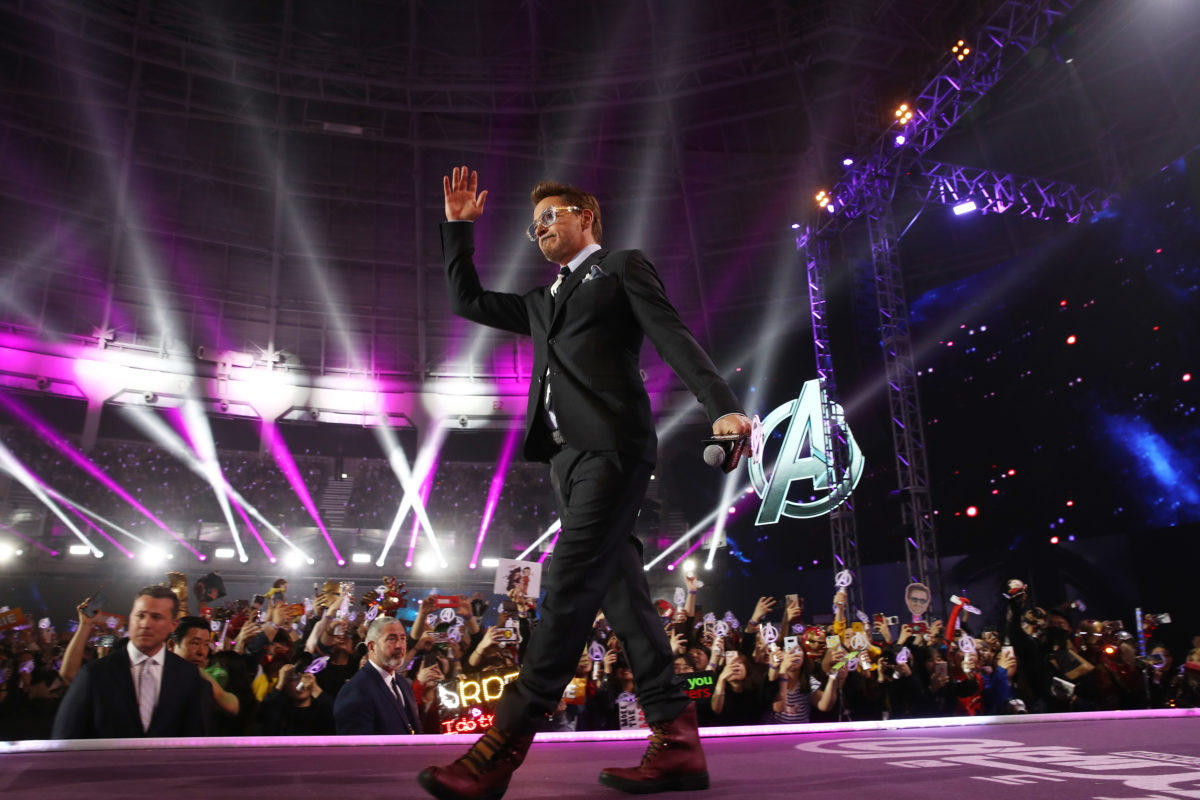 Robert Downey Jr. isn’t exactly an illusive figure. We kind of know what we’re getting with him, but in a new interview with Off Camera With Sam Jones, the actor got candid about separating himself from the character of Tony Stark and what the future holds for him now that his time with Marvel is seemingly over.

Many of us, we knew of Robert Downey Jr. long before he took on Tony. Whether it was watching Ally McBeal with your mother or praising his work in movies like Less Than Zero and Chaplin, Downey isn’t exactly a new figure in our world. Granted, before Tony Stark, he was seen as more of an insurance liability than anything else.

Now, though, he’s one of the biggest stars in the world; he is our real-life Iron Man, and he continues to fuel that idea with helping the environment with nano-technology. So what’s so interesting about this interview is that Downey opens up about the idea of his fictional counterparts and separating himself from the studios, films, and characters he has worked with:

Downey brings up the idea of Aesthetic Distance. The idea is that a creative must be separated from the characters and studios they’re behind, not because of the views of these things, but because they need to be seen as individuals who have a vast catalog of work. Bringing in references to both The Fantasticks and Oklahoma!, Downey talks about how he is not those characters. (Did he play Will in Oklahoma! at some point? Can I see that?) Despite the fun references, he’s making a very good point.

So often, we associate our favorite actors with characters, and when they don’t fit the mold that we see them in, we want to fight back against the reality of the actor. He says that there is a part of all of us that wants to cling to the kid aspect of it, holding hands and having fun together, which, I guess, means that we want to be the kid who thinks that characters like Tony Stark are real and that they are Robert Downey Jr., but that’s not the case.

It’s a reality that honestly we need to face, as fans, more often. These actors are just people bringing our characters to life. Chris Evans isn’t Steve Rogers. Sure, he was cast for a reason, but that doesn’t make him a super soldier who is over 100 years old. Robert Downey Jr. never had an arc reactor in his chest, and he wasn’t the son of John Slattery.

Whatever Robert Downey Jr. does next, I’m going to be there cheering him on, maybe because I have been since I was a kid, but also because he’s one of the few that I’ve seen in Hollywood who understand the importance of being creative, understanding the fans they have, and helping those around them.