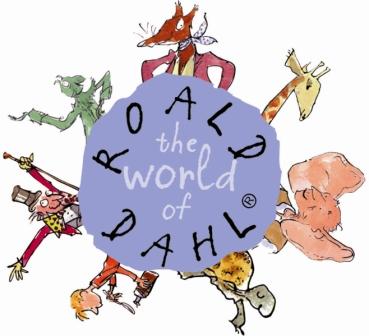 First, the good news: Kids still read non-electronic devices at the breakfast table! More good news: some of them will get to read things by Roald Dahl at the breakfast table! Puffin, who publishes Dahl’s work, has worked out a deal with the author’s estate and the UK supermarket chain Asda to print excerpts of stories such as Charlie and the Chocolate Factory, The Witches, and The Twits, among others.

Excerpts of Dahl’s stories that are about 200 words long will appear on over 10 million boxes of cereal sold at Asda supermarkets, replacing games and advertisements. And while the short readings will provide some literary enjoyment at breakfast, the hope is that kids will be enticed enough to seek out the entire books. Says Francesca Dow, managing director of Penguin children’s books, which owns Puffin:

“The great thing about a cereal box is that it potentially is reaching millions of households that just don’t read any literature outside of school.

“There could be an enormous number of children discovering Roald Dahl for the first time, bleary eyed over the breakfast table.”

They have chose extracts that are “the most immediately exciting bit, something that plunges you straight into the story.”

It’s not news that children spend a lot of their spare time watching TV and playing video games, but according to a survey conducted by Asda, 40 percent of the children asked still prefer reading in their spare time. Threats of library closures and cuts to school budgets also raise the possibility of children reading less books, even on school time. So putting literature on a different medium that is read somewhat passively on a near-daily basis is a rather brilliant idea.

Who knows — maybe Cap’n Crunch could even be a good gateway for less established authors writing original fiction!

(The Telegraph via Flavorwire)