If teens aren't running the town then the Devil is... 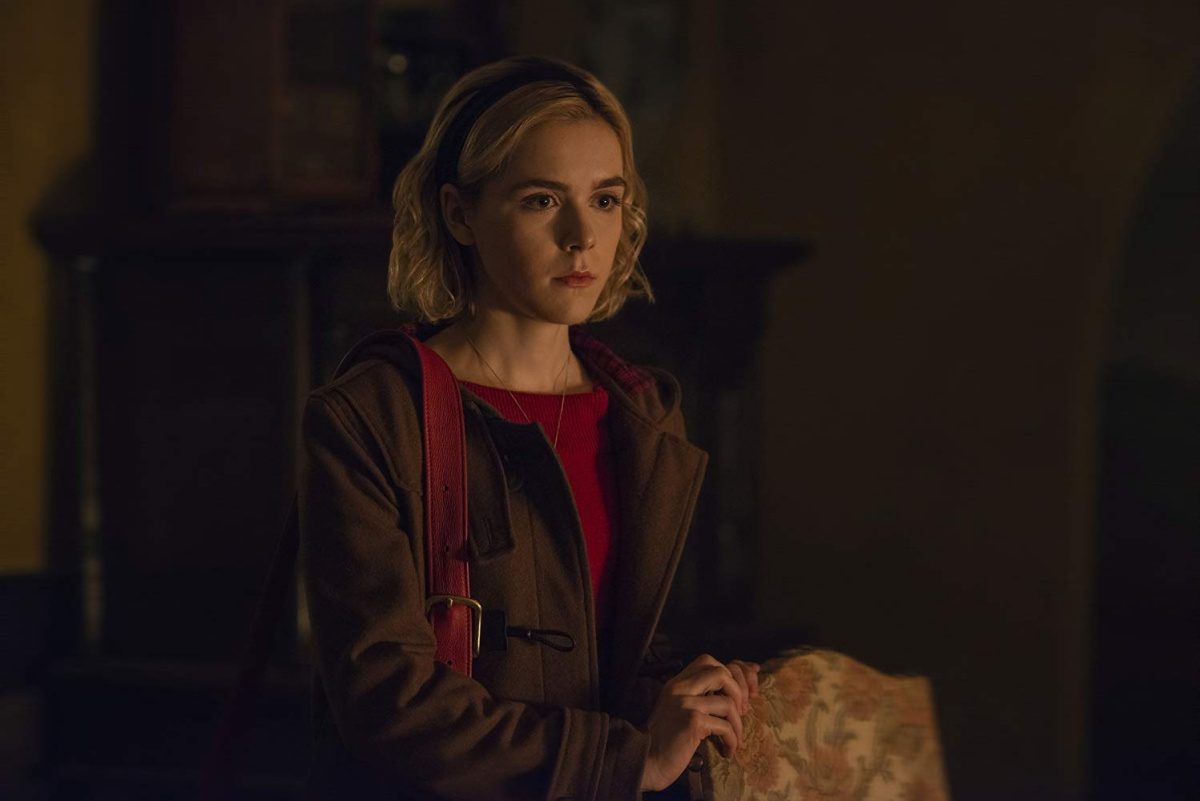 The world of Archie Comics is taking over our viewing pleasure, and children are taking over both Riverdale and Greendale. The Chilling Adventures of Sabrina finds the Spellman family struggling with Sabrina’s dark baptism. When a witch turns sixteen, she has to sign her name in the book of the beast and go to study at a special school.

The problem with Sabrina is that she is half mortal, and her aunt Hilda sent her to a high school with mortals, and she doesn’t want to leave her friends—especially her boyfriend Harvey Kinkle— to take on being a witch. Which brings up a good point about the world of Archie Comics: all these children lay a lot on the line for their high school sweethearts.

What works about The Chilling Adventures of Sabrina is that the adults of the town seemingly have some kind of control over what is going on. That being said, Sabrina is a witch who still holds way more stakes at school and in society than she probably should at the age of sixteen.

The difference between the two shows is that, on Netflix, we’re watching everything happening in one sitting, and can binge the whole thing if we so choose—whereas we have to have a cliff-hanger for almost every episode of Riverdale to keep us on the edge of our seats. What’s extremely similar? These towns have totally bizarre things happen and no one seems to question why teenagers are always in the middle of it.

Greendale, for having a witch coven, is surprisingly tamer than Riverdale, but there are references to both towns throughout the series, meaning that they know of the chaos that is just the next town away. With what we’ve seen on Riverdale so far this season, they’re leaning more into the magic aspects of the Farm and what the game can do to these teens. So does that mean that, come season four, we could see Sabrina Spellman making her way to Riverdale high to help?

The question isn’t out of the realm of possibility, and it’d be nice to see a change in Riverdale. Between Jughead and Betty thinking they’re detectives and Archie getting caught up in all of Hiram Lodge’s antics, they’d be thrown for a loop when an actual witch stepped into Riverdale and told them all what they needed to do.

And, if they follow the Archie Comics, all Sabrina has to do is reveal to Jughead that she’s a witch, because that’s how things work in Greendale and Riverdale. You admit that you’re a magical being and everyone is cool with it. Still, there’s something more grounded about The Chilling Adventures of Sabrina that Riverdale doesn’t have. When you break it down, it’s extremely head-scratching that a show about a witch and dark baptisms is more grounded than one about teenagers going to school.

We can’t wait to see if Sabrina ends up at Riverdale high, but we’ll have to wait until next season.