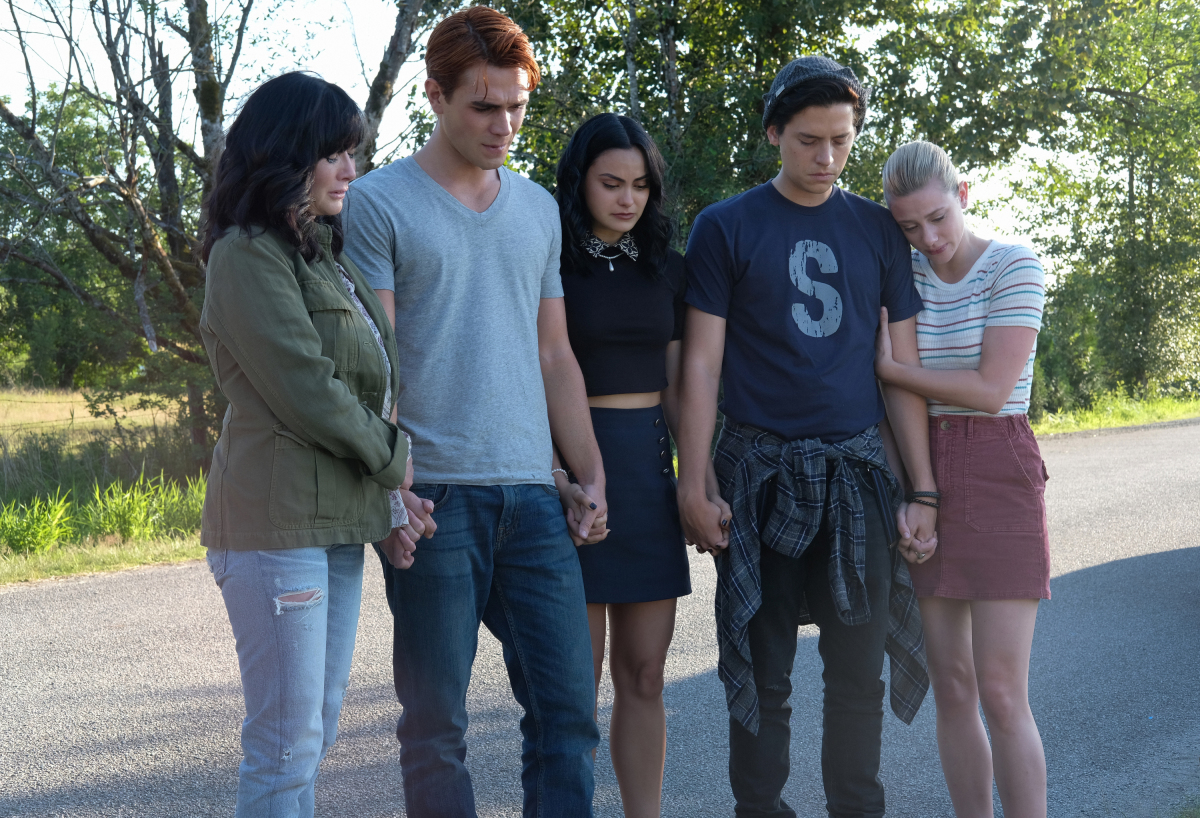 Since the sudden death of actor Luke Perry, we’ve known that Riverdale would be paying tribute to the man who portrayed Fred Andrews, one of the only good parents on the show. Perry left behind a huge pop culture legacy, and we also knew that his 90210 co-star, Shannen Doherty, would be joining the cast in a tribute episode. It delivered in every day it could.

The episode saw Archie Andrews (KJ Apa) find out that his father, Fred, had passed away. FP Jones tells Archie that Fred had been struck in a hit-and-run accident, while he was trying to save a motorist who was stalled out on the side of the road. The gang goes to the site of the accident, and they go through Fred’s truck.

This episode was amazing. Yes, they are working with real emotions, but everyone brings their A-Game as a tribute to Perry and his impact on the cast. KJ Apa really crushed all of that emotion and Shannen Doherty, as always, can show her heart with the best of them.

While “In Memoriam” has no shortage of emotional scenes, having Doherty play such a pivotal role in Fred’s final moments is in a league all its own. And according to executive producer Roberto Aguirre-Sacasa, her appearing in the tribute episode fulfilled a wish that Perry had had for the show.

“[Her presence on the series] is something that Luke wanted to happen since season one,” executive producer Roberto Aguirre-Sacasa said when Doherty’s casting was first announced. “They were such good friends, and when we were putting together this tribute episode, we wanted to make it as special as possible, and so we asked Shannen to do a pivotal, super-emotional role. She read the script and immediately said ‘yes.’ It’s very impactful.”

Y’all know I’m a fan of Shannen Doherty and of the Brenda/Dylan relationship on 90210, so even if I wasn’t a fan of Riverdale, I would have checked this out. Adding Doherty was just especially touching because of the history those two actors have together. It says a lot that Brenda/Dylan they weren’t even really 90120 #Endgame, but it was Doherty that people wanted to be there and not other cast members. Not only does it ring true, but since Perry’s death, all anyone has said is how amazing and kind he was. Even when Doherty was soft grey-listed because of her behavior, Perry always defended her, acknowledged her important legacy to the show, and supported her during her cancer battles.

All of that makes the scene with Doherty as this person who was just helped by Fred Andrews feel so real, because that is who Luke Perry was and what he would have done for other people.

The two clearly had a friendship that transcended so much time and it was beautiful two see his two on-screen families come together. Luke Perry got to be one television’s first loves and one of television’s great dads.