Greetings, Fellow Youths: The Cast of Riverdale Brings to Life Some Internet Memes 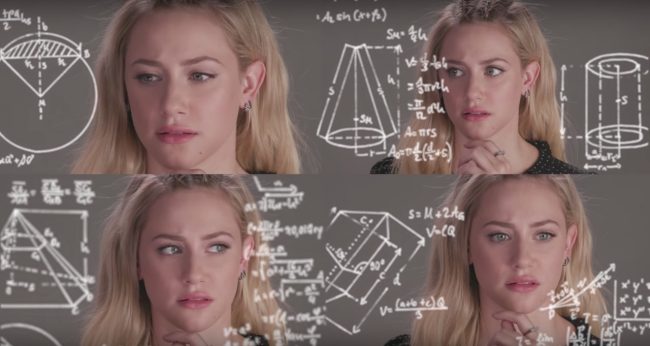 I’m just as bewildered at this video as they seem to be.

Okay, so. Riverdale just recently completed its run on The CW. It ended pretty incredibly, and carried with it the promise of even more bonkers storylines and ridiculous interactions between characters in the Archie-verse. Now, the show’s up on Netflix, and to promote this partnership, the cast of Riverdale recorded a video that really belongs up alongside its other absurd crossover video advertising offerings.

Here, the cast of Riverdale attempt to bring to life some classic internet memes by acting them out. It’s a bit like when Bill Nye made a set of reaction GIFs by acting out some popular internet reactions. Take a look for yourself:

Truth be told, I’m totally Cole Sprouse in reacting to this video. It’s not that it’s terrible or anything, but I’m just honestly like, “Ugh, memes.” That being said, the cast seems like they all totally have fun with it, even if it seems like this video would be more at home on BuzzFeed or something rather than Netflix. My favorite part of the video? Lili Reinhart’s recreation of what she calls the “thinking woman meme,” a.k.a. the Math Lady/Confused Lady meme. According to Know Your Meme, the woman is actually “Brazilian actress Renata Sorrah playing Nazaré Tedesco in a scene from the telenovela, Senhora do Destino.”

Okay, and I have to admit I guffawed at Luke Perry’s Arthur fist meme, if only because there’s something so poignant about the classic 90210 heartthrob bringing to life something so patently of this era.