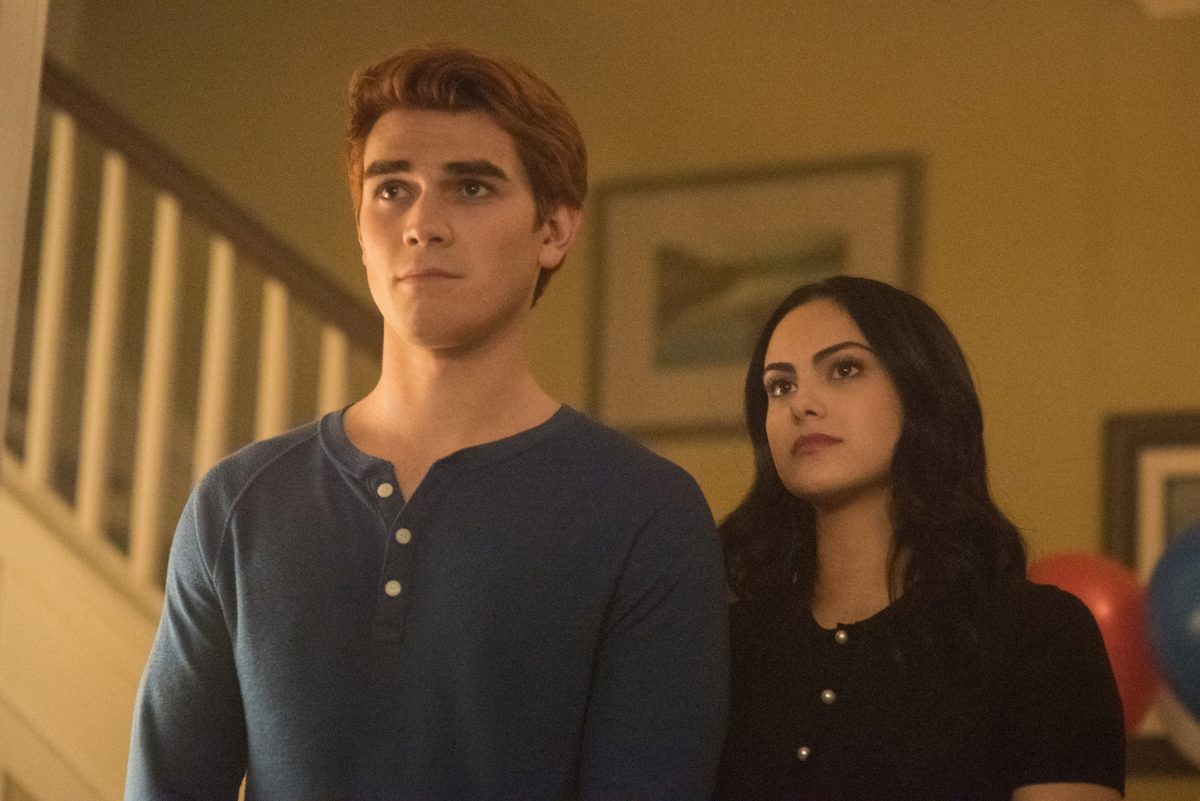 The course of true love never did run smooth … I’m sure one of those Shakespeare-quoting, gargoyle-chasing kids of Riverdale will say that to Veronica or Archie when they find out that “Varchie” turned out not to be endgame, and is, instead, just at an end.

Well, at least for now. We are talking about Riverdale, after all. Just this season, Archie has been wrongfully convicted of murder and forced to fight in a secret prison fight club, Betty’s mom may be in a cult, and the roleplaying game “Gryphons and Gargoyles” has taken over the town and led to an unsettling amount of murder—even for Riverdale.

Then, there was also that episode where all the young actors played their parents in the early nineties, but that wasn’t so much bizarre as just awesome. Heck, just in this last episode, we saw major deaths (RIP Joaquin) and Betty shipped off to a convent where The Gargoyle King may already be in control! Ooops! What’s the fate of Varchie, and what is the fact that Archie is now on the lam, out in the wide world with Jughead, going to mean for these incredibly attractive teens and their equally incredibly attractive parents?

We have the answers direct from the cast.

The person who will be the happiest about the breakup will definitely be Veronica’s no-good dad, Hiram, (played by very-good-guy Mark Conseulos). Regarding the break up, Conseulos told us,

“He loves it. I mean, he left her alone. He abandoned her, what could be better than that? I guess him finding Archie and taking care of him would be better, but yeah, of course. And he capitalizes on the fact that she’s upset, so there’s a lot of fun stuff, really fun stuff coming up in the next few episodes …” 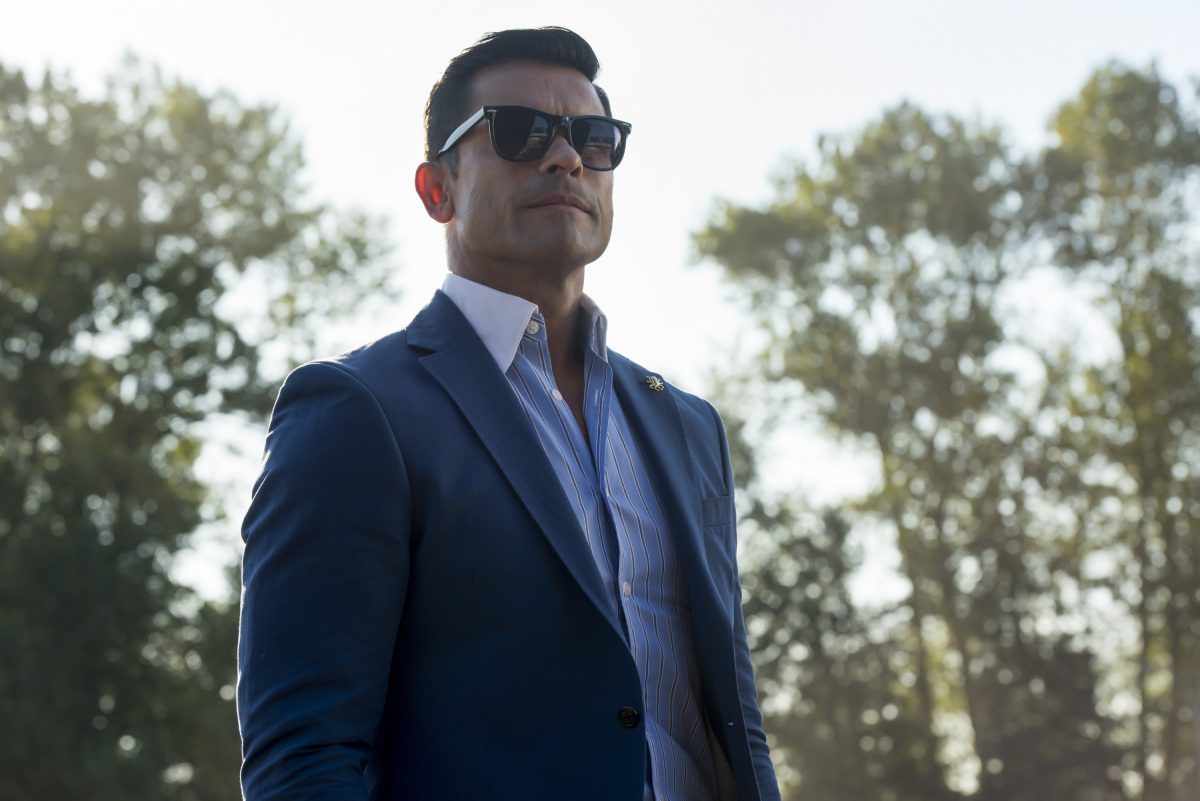 Does Hiram—mobster, extortionist, and possible Gargoyle King—have any good qualities? Well, Conseulos had this to say:

“He really really cares about his daughter. He has a very strange way of going about it, but he really cares about her. I think you’ll see along the way that he is trying to set her up to succeed, even though … it might equal failure, but he’s getting her to prove herself in many ways, and I think he realizes that, whether she likes it or not, she’s very much like him. And yeah, so there’s that.”

As for Hiram’s wife, newly minted Mayor Hermione Lodge, Marisol Nichols hopes that the heartbreak of losing Archie might reconnect Hermione and Veronica to where they were back when in the day, when all they had to worry about was one murder:

“I think that, to get back to the place where Hermione and Veronica were in the first season, is going to be hard, because that was innocence. That was a new beginning. That was … it’s hard to go back after you’ve seen the things that they’ve seen and done the things that they’ve done, but they’ve both crossed lines. They both have crossed legal lines and moral lines, so I think, maybe, perhaps that’ll give them an equality with each other, and a certain respect with each other, that hopefully can lead back to that relationship that I know that Hermione really, really wants. And I think Veronica really, really wants it.” 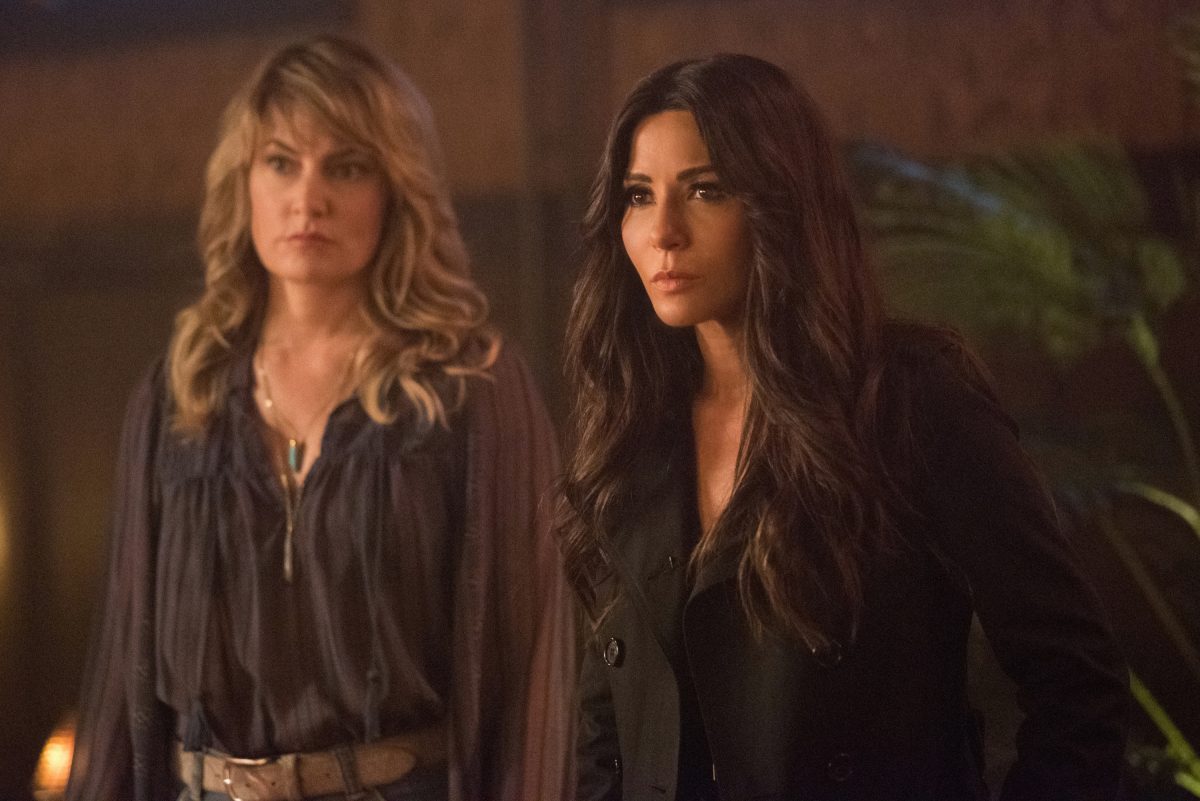 And how is Archie feeling about it? KJ Apa thinks it may play more into how his character feels like he’s poison to the people around him:

“I think Archie being in Riverdale puts her in danger, because of the whole kind of, with Hiram and stuff like that, I think Archie being in Riverdale kind of puts a lot of people in danger, but most of all, puts Veronica in danger. But, that being the reason for them having to part ways means that there is still something there. You know what I mean? They didn’t part ways because of someone doing something.”

We didn’t get to chat with Camila Mendes, who plays Veronica, about her side of things, but I know that it will be good to see possible new horizons for Veronica, as The Mary Sue has mused earlier.

But there was a lot more going on in the episode, including a fair deal of murder, some great scenes with Archie and Kevin, and a big homage to Skeet Ulrich’s (FP Jones) other famous role in Scream. That’s right, with Jiffy Pop going on the stove and a masked killer somewhere in the house, it was the perfect time for Ulrich to climb through a bedroom window.

“When we shot that scene [in the original], it was a real house and they had built this ledge onto the roof for me to squat down on,” Ulrich shared. “This one, I got to climb a real ladder. It was cool. It’s been a long time, obviously, since I made that movie, but this is a very different character and world, but I think in a way it really speaks to what scream was, this sort of self-effacing of the genre kind of film.”

Was that serial killer entrance a clue that FP is the Gargoyle King? Well … no. Or yes? No one would tell us who they thought it was, and it didn’t seem like anyone really knew—except maybe Nathalie Bolt (Penelope Blossom).

“As is typical of Riverdale, it’s never just revealed,” Bolt shared. “There’s always many angles, and a lot of smoke and mirrors, but certainly it’s gonna be a wild ride. It’s not who you think.”

KJ Apa was in the audience’s camp: “We’re playing guessing games, just like Black Hood. We have our theories, but I still don’t know. I don’t know. It’s definitely human underneath there, I think, though. I believe.”

Still. It’s Riverdale, and anything is possible.

Riverdale airs Wednesdays at 8:00PM on The CW.