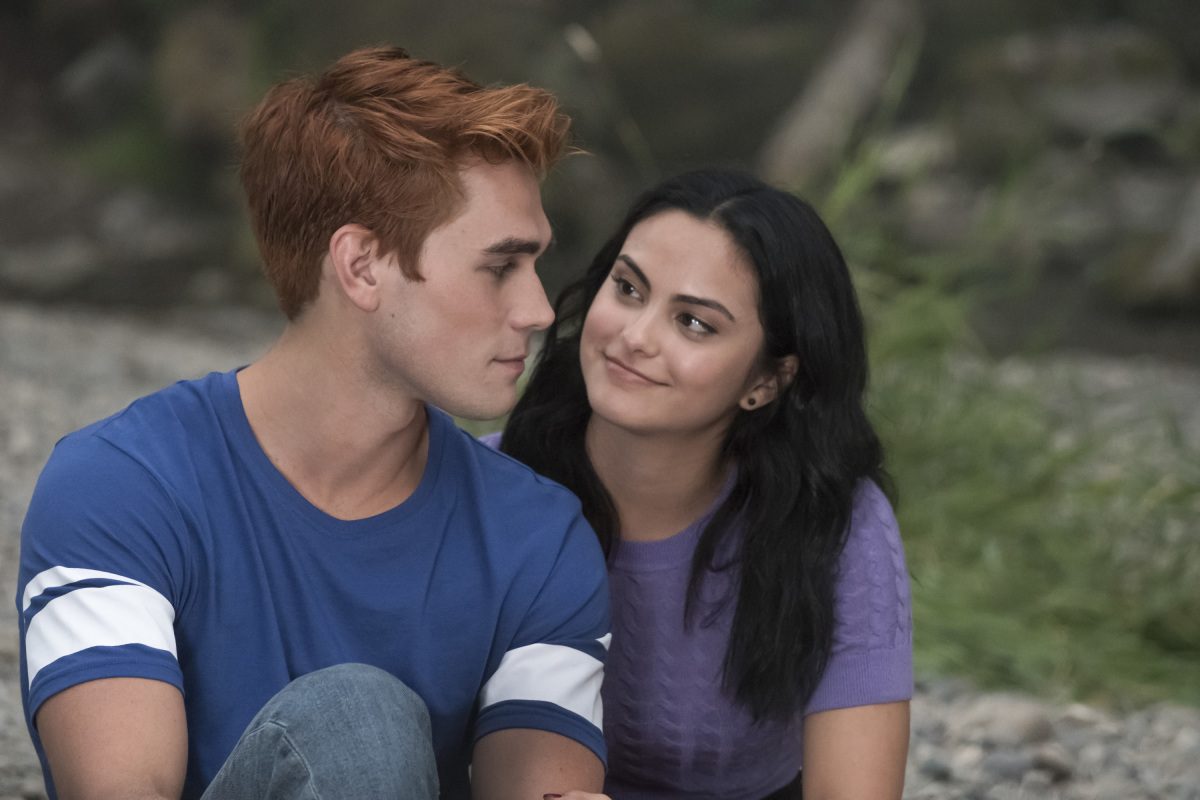 When Veronica Lodge was first introduced to the world of Riverdale, her character was instantly iconic. An East Coast socialite banished to small town life thanks to her father’s imprisonment, she possessed a lot of layers, and it wasn’t immediately clear what sort of person she would turn out to be.

And Riverdale walked a fine line with her character, making her adventurous and sophisticated, but also a little bit fragile, with a tremendously loyal heart. Sure, Veronica was a spoiled rich girl used to getting her own way, but she genuinely cared about her friends as much as she did about having a good time, and though she came from an obviously privileged background, she was willing to learn—to meet new people and step out of her comfort zone. She wanted to become a better person than she had been.

Her stint as a mob princess in season 2 was a bit more difficult to swallow, as Veronica spent most of her time defending her crime-lord father and insisting that she was finally mature enough to take a more active role in the family “business.” (Narrator voice: She was not.)

But as annoying as this story was, it was still all about Veronica. While her boyfriend, Archie, had a large role, ultimately developing his own complicated relationship with her father, Hiram, he wasn’t the primary driver behind her actions. In fact, he and Veronica fought over many of them.

By the end of the season, Veronica learned that it was a mistake to put so much faith in her father, and her actions cause her to be estranged her from almost everyone in her life. The fact that Riverdale asked us to root for Veronica while she helped her parents commit crimes was extremely weird, obviously, but at least there was growth for her in this story.

(Your mileage may vary about whether “deciding committing crimes is bad” counts as significant character development for a girl who was only ever a halfhearted villain prior to this point. Riverdale is so bizarre.)

Furthermore, the season 2 finale set up some tantalizing stories for Veronica as the series continued. After standing up to her father and denouncing his criminal empire, she staged an elaborate real estate swap with him that ultimately gave her control of Pop’s Chock’Lit Shoppe, even as it cost her access to the Lodge family bank account.

The future seemed wide open for Veronica character as she began to explore the idea of becoming a businesswoman in her own right, and planned to open a speakeasy in Pop’s basement.

Unfortunately, season 3 has yet to live up to the promise of that finale when it comes to her character development. Instead of Veronica learning to stand on her own for what is possibly the first time in her life, Riverdale has chosen to turn her into little more than a plot accessory for her boyfriend.

Archie, you see, is currently serving time in juvenile detention for murder (one that he didn’t actually commit, of course), and Veronica’s entire world at the moment revolves around this fact.

Every aspect of Veronica’s season 3 story, at present, is about Archie. She’s visiting him in jail, getting her fellow River Vixens to perform questionable dance routines for him and his friends, sneaking in to watch his weird Juvie Fight Club matches, and even having sex with him in a prison locker room.

She even orchestrates an actual prison break to bust him out—meaning, of course, that Veronica’s screen time will now inevitably be devoted to helping hide Archie, since he’s on the run from the law. Good times.

Given that Veronica and Archie are in love, her being heavily involved with and concerned about his new Shawshank Redemption lifestyle makes sense, and perhaps this would be less irritating if she had something else going on in her life besides her relationship, but no significant part of Veronica’s arc is dedicated to her own growth as a character.

Her time at school is largely focused on trying to make sure everything stays the same for Archie to come back to. (She even considers trying to run against Cheryl for class president just so she herself could literally keep the seat warm for him.)

And Veronica’s ongoing feud with her father, which should theoretically be the most personal and dynamic story she’s involved in, isn’t about the fact that he’s lied to her and tried to control her for most of her life. It’s still just about the fact that he doesn’t like her boyfriend. Veronica’s reaction to him is just teenage rebellion wearing a different outfit, and has little to do with her own development.

In short: Riverdale has got to let Veronica have a life outside of Archie this season. Her single-minded focus on him has isolated her from her friends—when was the last time she and Betty had a heart-to-heart?—and kept her on the sidelines of the season’s major storylines

Yeah, the Griffins and Gargoyles plot is predictably out there, but it’s also managed to bring most of the show’s main characters into a single story, one which Veronica is barely part of. (To be fair, the same can be said of Archie, but at least he has his own subplot going on, what with prison and being framed for murder and all.)

As a storytelling device, her new speakeasy has plenty of potential for drama, but Riverdale has largely failed to capitalize on it thus far, turning Le Bonne Nuit into just another bone for Veronica and her father to fight over. Where are the stories about Veronica learning about any aspect of how to run a business? Recruiting and booking talent that isn’t one of her high school friends? Worrying about how she’ll make money running a bar that apparently doesn’t serve alcohol?

At the end of the day, Veronica Lodge is one of Riverdale’s best characters, and it’s precisely because she possesses the ability to thrive in any sort of story. She contains multitudes; she can be a great friend, a petty rival, a loving partner, a rebellious daughter, a dedicated friend, and more, sometimes all within the same episode. She deserves better than being an add-on to Archie’s arc in season 3, especially when she has so many stories of her own yet to tell.