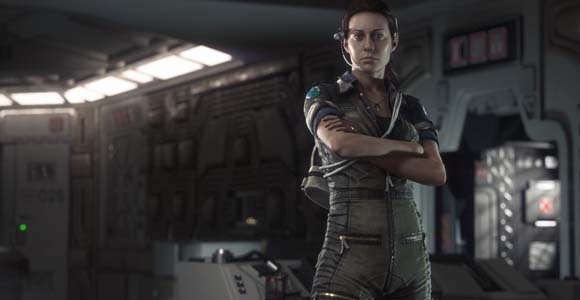 Can you hear me screaming? Well, we’re not in outer-space so you must be able to. But am I screaming in fear or excitement?

When she left Earth, Ellen Ripley promised her daughter Amanda she would return home for her 11th birthday. Amanda never saw her again.

Fifteen years later, Amanda, now a Weyland-Yutani employee, hears that the flight recorder of her mother’s ship, the Nostromo, has been recovered at the remote trading station Sevastopol. The temptation for her to finally understand what happened is too much to resist.  When the crew arrive at Sevastopol, they find something is desperately wrong. It all seems to be connected to an unknown menace, stalking and killing deep in the shadows.

In order to uncover the truth about her mother, Amanda is forced to confront the same terrifying thing that separated them. 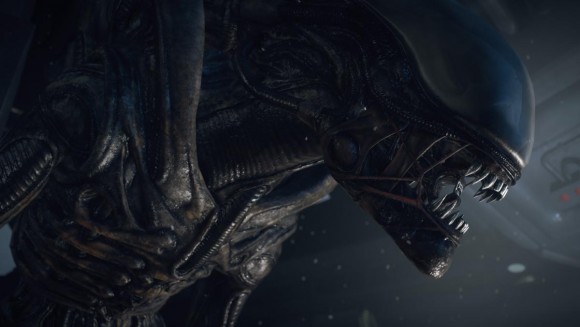 Here’s a bit more on what to expect from the new game via the press release, “On a decommissioned trading station in the fringes of space, fear and panic have gripped the inhabitants. Players find themselves in an atmosphere of constant dread and mortal danger as an unpredictable, ruthless Xenomorph is stalking and killing deep in the shadows. Underpowered and underprepared, you must scavenge resources, improvise solutions and use your wits, not just to succeed in your mission, but to simply stay alive.”

Besides being incredibly excited to get the Alien game I’ve basically always wanted, with a potentially badass lady protagonist, and expand on the mythology I love so much, I was also happy to see the PR firm that reached out to us knew what they’re doing. They wrote, “There was an error in reporting earlier today about a feature of the game stating multiplayer and co-op features for Alien: Isolation. There will be no help, no solace, no escape from the Universe’s deadliest killer.”