Battlestar Galactica's Richard Hatch Passes Away at 71 | The Mary Sue 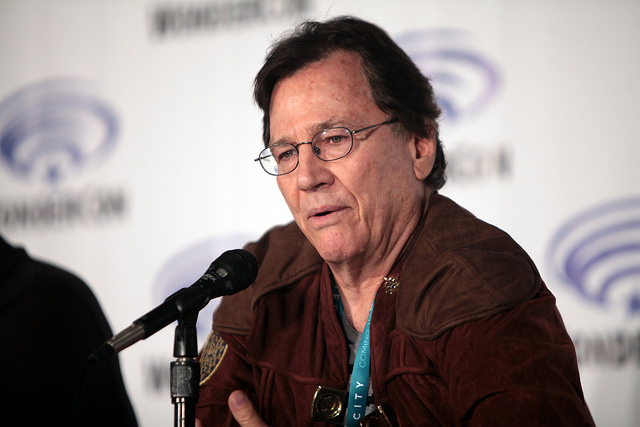 Richard Hatch, star of both the 1978 and the 2003 Battlestar Galactica, died yesterday afternoon at the age of 71.

Hatch had been suffering with pancreatic cancer, and finally lost his battle with the disease in his home in Santa Clarita, CA with his son Paul by his bedside.

Though he guest starred on several hit shows of the 1970s and 80s, including CHiPs, Fantasy Island, Dynasty, Murder She Wrote, The Love Boat, T.J. Hooker, Baywatch, and MacGyver, he is obviously best known to sci-fi fans for his role as Captain Apollo on the original 1978-79 Battlestar Galactica, a role for which he was nominated for a Golden Globe for Best Actor in a Dramatic Series. He then went on to return to the Battlestar Galactica universe in Executive Producer Ronald Moore’s re-imagining of the show in 2003, playing the role of Tom Zarek.

However, he didn’t just act in the Battlestar universe. He was also the author of several Battlestar Galactica novels, including Warhawk, Armageddon, Rebellion, and Resurrection.  It was clear that he not only loved the world, but he loved its fans. A frequent presence at various conventions, Hatch was a fan favorite, and while I never had the pleasure of meeting him, I have several friends who have, or who’ve worked with him, and have nothing but kind things to say about him.

Meanwhile, his Battlestar Galactica family was in mourning yesterday, and expressed their sadness on Twitter:

Richard Hatch was a good man, a gracious man, and a consummate professional. His passing is a heavy blow to the entire BSG family.

.Richard Hatch you made our universe a better place We love you for it. Rest In Peace my friend @SoSayWeAll the Admiral!

I share tragic news with a heavy heart. Richard Hatch is no longer with us. Goodbye Tom Zarek / Apollo #SoSayWeAll https://t.co/wmisRxVixe

Goodbye my friend. See you on the other side. Fuck this hurts. #SoSayWeAll pic.twitter.com/c3nFy0zs4f

Richard Hatch. You leave a huge hole in our BSG family which we will never fill and never try to. #ThankYouCaptainApollo

Rest in peace, Captain Apollo. So say we all.