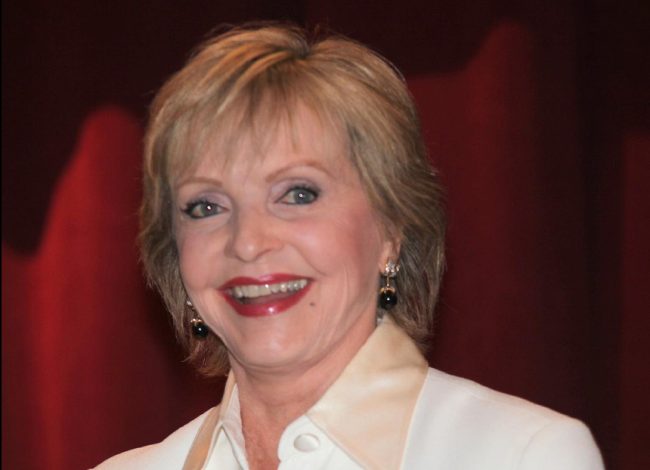 I hate to break up today’s festive shopping antics, but I come bearing bad news. Florence Henderson, best known for playing Carol Brady on The Brady Brunch has died. She was 82 years old.

According to Variety, she passed away on Thanksgiving night, surrounded by family and friends at the Cedars-Sinai Medical Center in Los Angeles. “We are heartbroken to announce the passing of our dear mother Florence Henderson from Heart Failure,”her family said in a statement. “On this day of thanks, our beloved mother was surrounded by her devoted children and dearest friends. We thank all of her fans for their many years of love and ask that we be allowed to grieve in private.”

In addition to the hit family-friendly series, Henderson starred in a number of spinoffs and specials including 1977’s The Brady Bunch Variety Hour and The Brady Girls Get Married TV movie from 1981. In 1995, she appeared in The Brady Bunch Movie alongside Shelley Long and Gary Cole as Carol Brady’s grandmother. Outside of The Brady Bunch, she appeared on shows like Ally McBeal, The Cleveland Show, 30 Rock, The Loveboat, WWE Raw and Dancing with the Stars. She was also the first woman to guest host The Tonight Show, doing so in 1969.

Many have taken to Twitter to pay tribute to the TV legend.

You are in my heart forever Florence💕 pic.twitter.com/PABCuPubA2

Deeply saddened. Florence was one of the most gracious people I have ever known, Proud to call her Mom and life long friend. #RIPFlorence

Florence Henderson, thanks for your light and love. You were America’s mom, and we shall miss you dearly.

So terribly sad to hear of the passing of the great Florence Henderson. It was a true honor to have known and worked with her. pic.twitter.com/bhgLigHEI4

She will be missed.

(via Variety, image via WeHoCity/Flickr)