So Long, Cassini, and Thanks For All the Science. And the Awesome Photos. 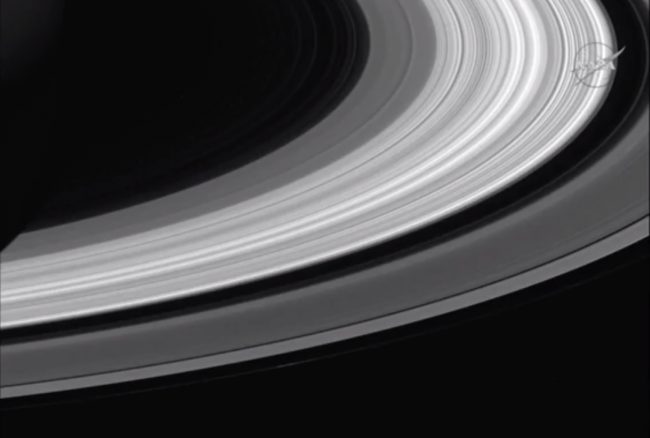 As we reported last week, NASA’s Cassini spacecraft ended its historic 20-year career this morning by doing science until the very end.

At 4:55:46 a.m. PDT (7:55:46 a.m. EDT, 1146 GMT), NASA received its final transmission from Cassini as it entered Saturn’s atmosphere, communicating with us for the last time before breaking apart.

Its descent was purposeful—the craft was running out of fuel. Without fuel, steering it would be impossible, and NASA couldn’t run the risk of it crashing into one of Saturn’s moons, possibly ruining the chance of further, untainted study. So, after 13 years of studying the ringed planet and its moons, making some amazing discoveries along the way, Cassini was steered into Saturn.

But not before getting some final images for NASA’s “Last Picture Show” of Saturn. Or, as Cassini project scientist Linda Spilker put it, they were collecting “picture postcards for our Cassini scrapbook.” You can listen to her explain the reasoning and methodology behind the final images in this video over at Space.com.

Spilker explains that what they wanted to do in Cassini’s final go-round was do a survey of key targets, creating a mosaic of Saturn and its moons that they will then stitch together. The photo at the top of this post is obviously a beautiful, close-up look at Saturn’s rings.

The following two images are of Saturn’s moon Titan, one in real color, the other in false color with a UV filter on it. In both, you should notice the smudge at the top. Those would be lakes. Yup, there’s water on that there moon, so start your vacation planning now: 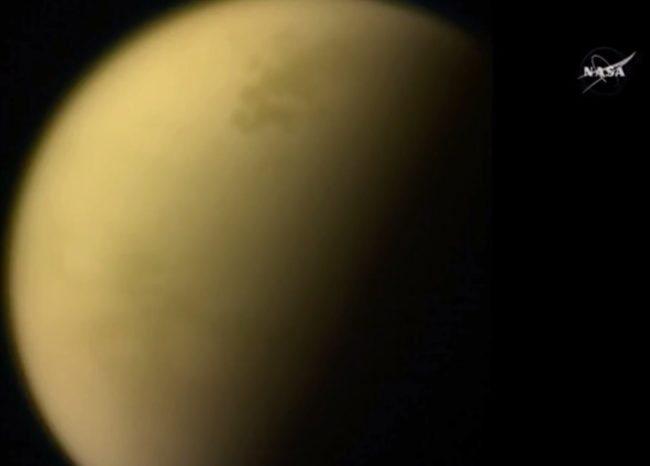 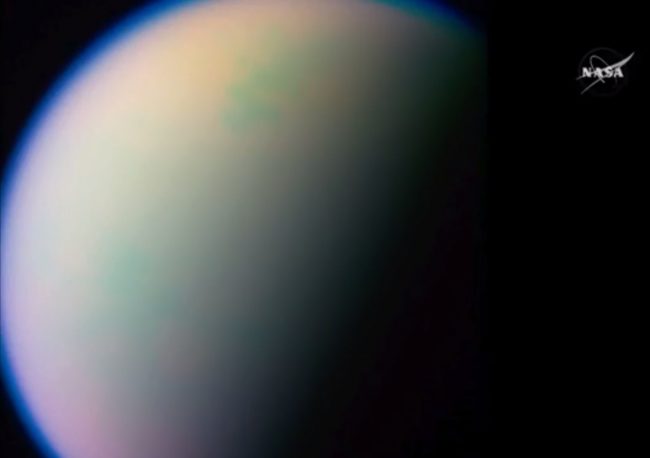 Then, Spilker takes us back to Saturn’s rings, where we can get a close up look at the gaps in the rings, and a “propeller” happening. (I ineptly circled the propeller in red) That “propeller” is a collection of ring particles so big that they’re swirling around (like an airplane propeller, natch) and trying to create their own gap. There are propellers like that throughout the rings, and NASA has given them all famous aviator names, though Spilker doesn’t mention what this one is called: 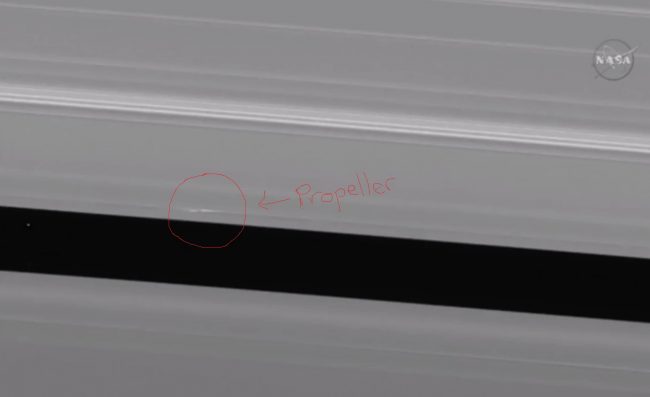 And then we have this view of Saturn’s rings, focusing on the Keeler Gap. You can see the crinkly edges along one side of the gap, indicating a wake that’s passing through the rings; density waves breezing through space: 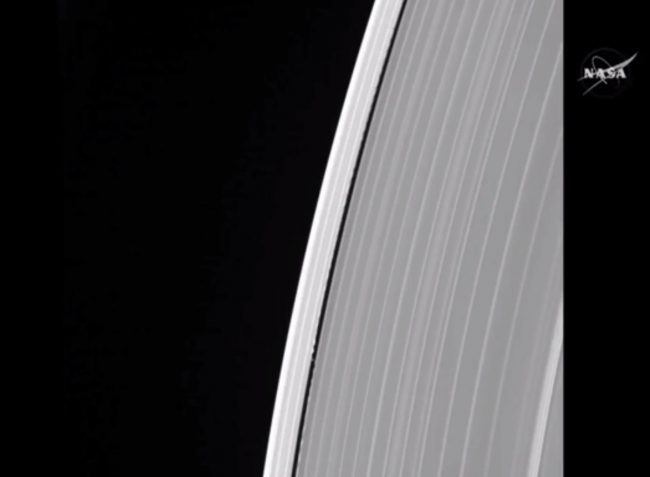 And lastly, Spilker shared this photo of the entry point where Cassini made its final descent into Saturn’s atmosphere: 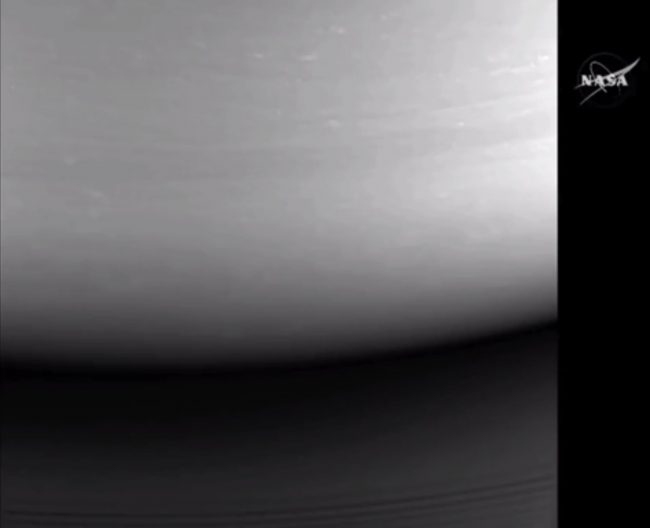 Over at Space.com, you can also see a video of the Cassini team at the final moments of Cassini as it stops transmitting, but just before it enters the atmosphere. It’s pretty amazing to watch. Earl Maize, the Cassini program manager, spoke heartfelt words of congratulations and appreciation for his team, saying, “I hope you’re all … deeply proud of this amazing accomplishment. Congratulations to you all. This has been an incredible mission, an incredible spacecraft, and you’re all an incredible team. I’m going to call this the end of mission.”

Later, Maize expressed gratitude for the support Cassini has received, not just from other scientists, but from a general public that’s been interested in Cassini’s goings-on. “[I’m] feeling the love, if I may be so corny,” Maize said. “It’s just very heartening. Because it’s part of what we try to do — to extend everybody out to Saturn. It’s not [just for] scientists in the ivory tower; it’s for humanity. And so for everybody to get on the ride … it is just phenomenal.”

While the probe’s mission is over, there’s still plenty more science to come as the team goes over the incredible amount of data collected. Congratulations to the Cassini-Huygens team! There’s so much that is now possible thanks to the research done by this special spacecraft. I’ve already got my patch of Titan real estate all picked out. Lakeside view.