Ricky Gervais Thinks Cance; Culture Would Have Affected 'The Office' | The Mary Sue 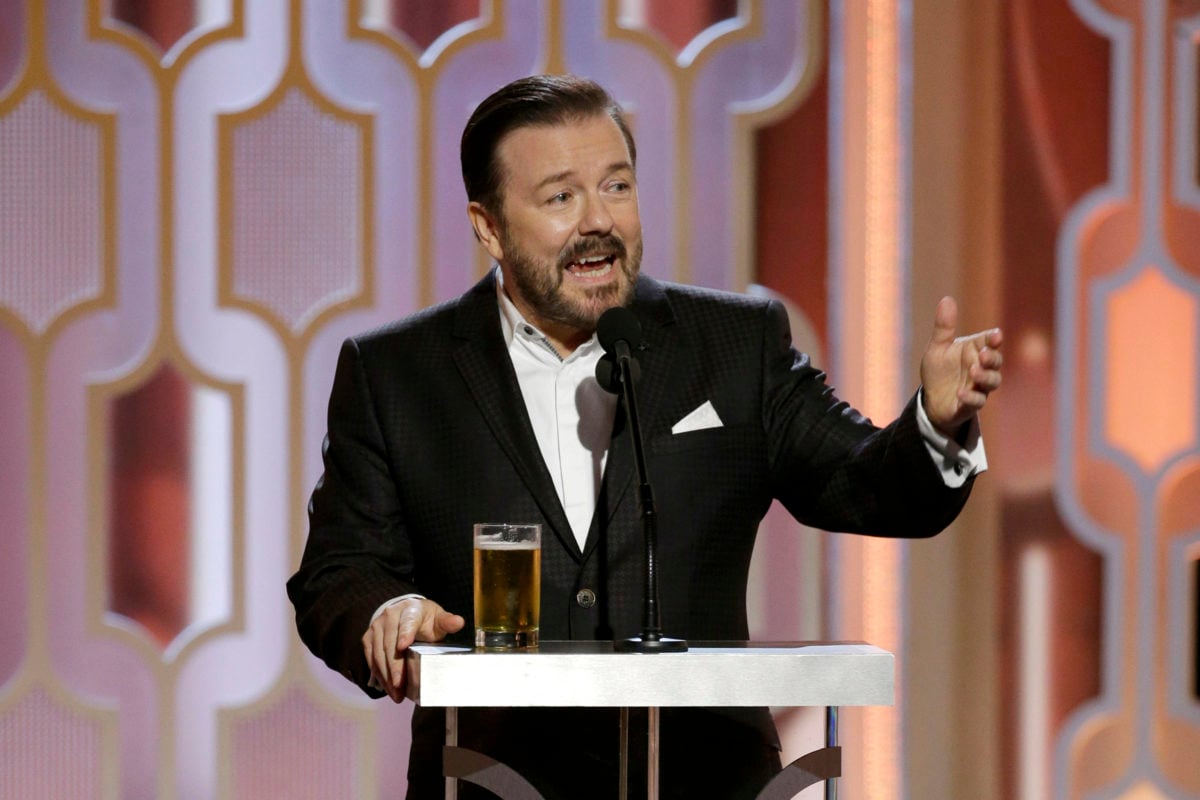 I wonder if there is a Cancel Culture Discourse Bat-Signal somewhere that summons Dave Chappelle, Ricky Gervais, and other old-guard comedians? In this episode of Old Comedians Against Cancel Culture, during an interview with Times Radio, Ricky Gervais talked about how the U.K. version of The Office would have affected the show.

“I think now it would suffer because people take things literally,” he said, according to IndieWire. “There’s these outrage mobs who take things out of context. This was a show about everything. It was about difference, it was about sex, race, all the things that people fear to even be discussed or talked about now in case they say the wrong thing and they’re ‘canceled.’”

Now, I have only ever seen the U.K. version of The Office (I’ve seen clips of the American one, but just not the whole thing), and even when I go back into my memories of it during the handful of rewatches, yes there is some cringe humor concerning race and homosexuality, but nothing that doesn’t seem touched on. Most incidents when characters say homophobic, sexist, or racist things, they are put in a mocking light, and that is obvious.

Yet, Gervais thinks that people have lost their “sense of irony.”

“I think if [‘The Office’] was put out now, I think that some people have lost that sense of irony and context. And so, I think it would be — usually, this is what happens, right? It isn’t a case of what’s right or what’s wrong, it’s a case of how many letters do we have to write? I’ve talked people down off the ledge before,” Gervais said.

He also said that “the BBC have gotten more and more careful and people just want to keep their jobs. So people would worry about some of the subjects and some of the jokes, even though they were clearly ironic and we were laughing at this buffoon being uncomfortable around difference.”

While I enjoy The Office and a lot of comedies from that era, both American and British, they and the jokes they make are of that time. So yes, if the show were made today, I would expect it to evolve and not be the same show that was created in a pre-9/11 world. Context is everything, including in comedy, and the reality is that we live in a different world now, and maybe that particular version of The Office wouldn’t fit, but why doesn’t that just mean trying to do something different?

Why choose to be so attached to a sense of humor that is nearly 20 years old and hold it as sacrosanct? I enjoy The Office. I think the cringe comedy works to tell you that the characters making bigoted jokes is a problem, but is it also fair to be critical of those jokes? Yes. At the end of the day, Gervais already made that show, made money off that show, and has a platform because of that show and others. He doesn’t lose anything from this discourse, except his own time whenever he decides to comment on it.