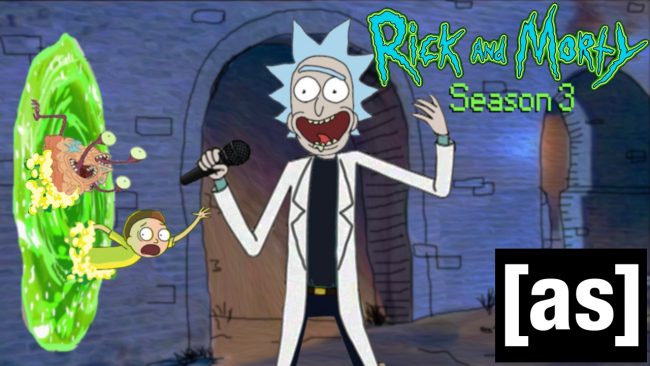 While others spent April Fools’ Day pretending to run for Congress or launching fake products, the Rick and Morty team started continuously streaming the first episode of their long-awaited third season. The stream was only scheduled to play until midnight on April 1, unfortunately, and though it stretched past that deadline, it looks like the page has indeed switched to different content for now.

Update: Every episode of Rick and Morty, including the first episode of Season 3, is now streaming here (in select locations). So you’ll seriously have to time it right, but you can still catch that new episode!

If you miss the fun, Season 3 will air on Cartoon Network this summer.

The second season of Rick and Morty ended back in October 2015, so fans have had to wait a long time for Season 3. They’ve been very vocal about their excitement and impatience, and one of the co-creators, Dan Harmon, played off that impatience in the lead-up to the episode’s premiere.

On March 31, Harmon tweeted about being on a plane, and user @karan_shah99 replied, “Nobody gives a shit, I just wanna know where’s Season 3.”

“what if I waved a magic wand and made the first episode of season 3 premiere tonight is that what you’d want,” Harmon shot back.

“Yes that is exactly what I want, and everyone in the entire universe does too,” said Shah.

Harmon then posted the below:

After the episode aired, another writer for the show promised:

As the episode streamed, Adult Swim also uploaded eight new Rick and Morty clips to their YouTube channel, including the below.

Were you able to catch the episode while it streamed? If so, what did you think?

(Via The Daily Dot, IGN, and Nerdist; image via Cartoon Network)