RIAA Responds to Allegations of Pirating, Says It Was Someone Else Using Their IP 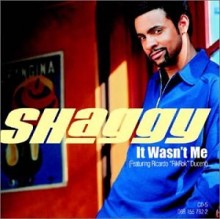 As you may know, TorrentFreak has been using the YouHaveDownloaded tool to delve into the torrenting history of all kinds of corporate entities. Some of the juiciest finds were instances of piracy at several large SOPA supporting organizations, but one of the biggest catches was the piracy of several seasons of Dexter, some Jay-Z albums, and other assorted goodies through IP addresses associated with the RIAA itself. The RIAA responded to the allegations of course, and as you can expect, they didn’t admit to anything. Their explanation? “It wasn’t me.”

According to the RIAA, no actual RIAA employees were doing the actually pirating, presumably because it carries a penalty of death inside those hallowed halls. No, the one responsible is apparently a third party that’s using RIAA affiliated IP addresses to do filesharing of a legal variety. Here’s what a spokesman told CNET:

“Those partial IP addresses are similar to block addresses assigned to RIAA. However, those addresses are used by a third party vendor to serve up our public Web site. As I said earlier, they are not used by RIAA staff to access the Internet.”

How convenient. This may, of course, actually be the case. It just also happens to be the perfect way to lie away some damningly hypocritical behavior on the part of an anti-piracy that is constantly yammering on about how the sky is falling and no one is doing anything.

Also, according to TorrentFreak, the spokesman’s statement is flat out wrong. The addresses claimed to be “similar” are, in fact, identical. To boot, there’s some question about the whether or not it’s okay to loan out IP addresses from a registry standpoint. Whether it’s “allowed” by the registry or not, it certainly is stupid, and could land the RIAA in much hotter water if something more volatile than copyrighted material was coming in and out of those IPs.

All in all, this probably will serve as a decent excuse for the RIAA in this specific case, but it’s not going to work again. They very well may be telling the truth, but if that’s the case there’s no excuse for the RIAA not to fix the problem on their end. If there’s more piracy activity from those IPs, things will be even more sketchy, because lending out those IPs has proven to be a big liability. If they don’t fix that, it’s only natural to assume they’re hiding behind it. Don’t admit the RIAA to admit anything, well, ever, but do expect them to be on their toes now.