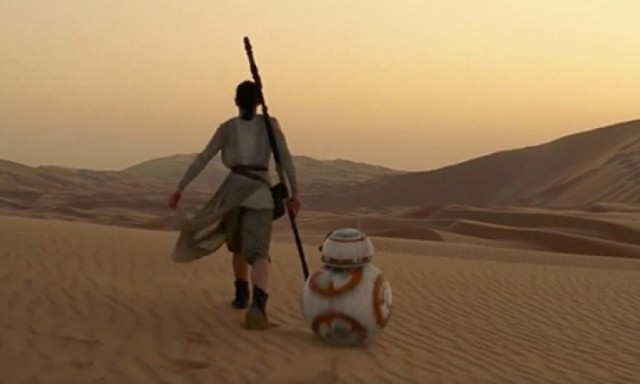 The last few months have been marked by a dearth of Rey from Star Wars: The Force Awakens merchandise (especially in the Monopoly game released back in September of last year), followed by Hasbro’s promise that the character would be included in the next release of the game. Even the director of The Force Awakens, J.J. Abrams, called Rey’s noticeable exclusion from toys “preposterous and wrong” when the subject was broached.

Finally, we know what Rey’s Monopoly figure is going to look like–courtesy of a reveal by Hasbro at the annual Toy Fair in New York City. Originally, Hasbro said that Rey hadn’t been included in the first game’s set because they hadn’t wanted to spoil the movie for people–although I’m not necessarily sure how Rey holding a lightsaber would technically be considered a spoiler (since she’s not the only character to do so in TFA.)

The Verge shared a couple photos of Monopoly Rey earlier today, and you can check them out at the link!

I’m going to have a hard time deciding which character I want to play as the next time I decide to sit down for a game of Star Wars Monopoly, that’s for sure.