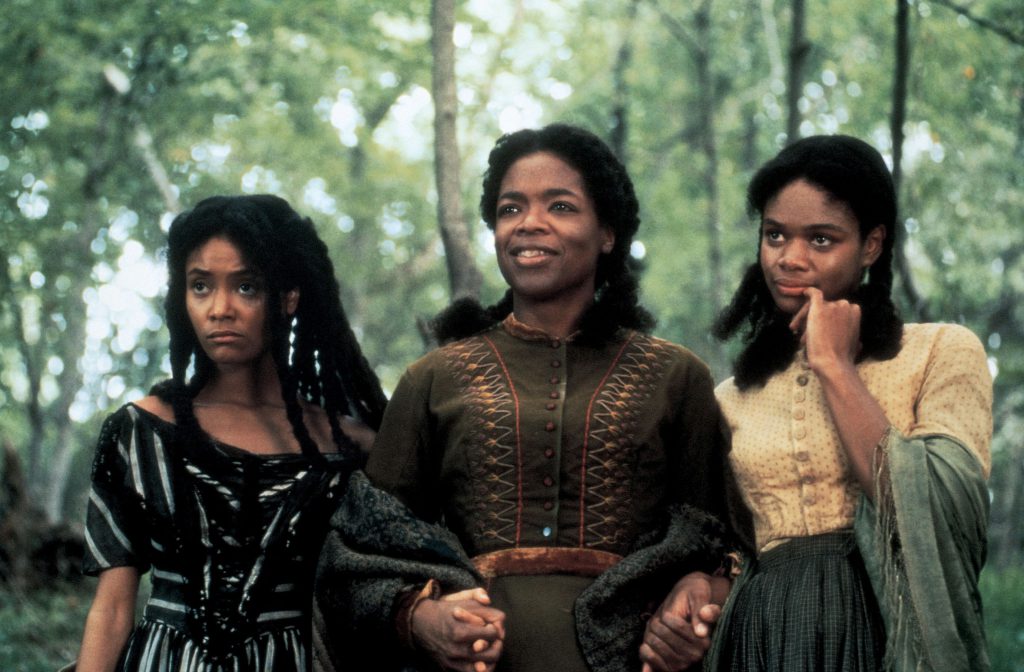 As of writing this, it will be almost 34 years since Toni Morrison’s Pulitzer Prize-winning novel, Beloved, was published. And since then, there have been countless discussions, critiques, and arguments on whether or not Beloved should be classified as a horror novel.

Is it just literary fiction, or something else? Magical realism? Or a ghost story?

In my personal opinion: why can’t it be all three?

Beloved is a novel that carefully weaves together all these parts to produce a compelling literary horror that is steeped within the Gothic tradition of its predecessors. For those unfamiliar with the novel, Beloved is a heartbreaking story about Sethe: a former slave woman who years earlier, during a desperate bid for freedom from slave-catchers, killed her eldest daughter to protect her from a life of bondage.

The story opens with the aftermath of this decision, exploring the ostracized life that Sethe now lives with her youngest daughter Denver, in 1873 Cincinnati. The house they currently live in is purported to be haunted by the spirit of Sethe’s slain daughter, with a malevolence that is potent enough to have driven away Sethe’s two other children years earlier.

Beloved is a tragic enough story in and of itself. But the true horror lies in the latter half of the novel, when a young, mildly disturbed woman is discovered sitting at the front of Sethe’s house. When prodded, she gives her name: Beloved. The same name that was etched on the gravestone of Seth’s deceased child.

What happens later is a truly mystical series of events that muddles the line between fantasy and reality. As Sethe confronts the demons of her past, she and those around her can’t help but wonder whether the young woman calling herself Beloved is a misguided con artist—or is in fact the reincarnated spirit of Sethe’s dead daughter.

No matter how many times I read Beloved, I’m always struck by the power that Morrison injects in every page. The story itself feels haunted, right from the very first lines:

“124 was spiteful. Full of a baby’s venom. The women in the house knew it and so did the children.”

And as the story goes on, the supernatural subverts itself in clever but subtle ways: through the physical form of Beloved, whose existential ambiguity transforms her into a grim reaper of sorts, a spectral judge to Seth’s sins. Through the ghosts of slavery, which linger throughout every crevice of the characters’ existence. Through the house of 124 itself, which is haunted not only by a suspected poltergeist, but by the deep pain which has defined Sethe’s past, present, and future.

What emerges from all of this is a tale that ponders the way in which death bleeds into the waking life, and the way in which a wound unhealed ends up birthing an even greater tragedy. The allegories Toni Morrison uses in Beloved have echoes of Gothic tales like The Castle of Otranto, The Painting of Dorian Grey, The Haunting of Hill House—and even Guillermo Del Toro’s Crimson Peak.

All of these stories deal with the ways in which familial wounds morph into the darkest sort of monstrosities; and all of these utilize supernatural lenses to confront the evils of real-life horror. With all this in mind, it wouldn’t be too far of a stretch to interpret Beloved as a horror novel coded in traditional Southern Gothic influences. It embodies so much of the genre but through such a subtle, masterfully wielded hand. And also provides a vivid window to the perspectives of those who lived through unspeakable terror and indescribable injustice.

But ultimately, at its core, Beloved is an incredibly important story that explores the multi-layered trauma of slavery, grief, loss, and the generational/cultural scars that emerge as a result.