Review: The Chilling Adventures of Sabrina Is Full of Satanic Fun but Needs a Stronger Arc

Bringing the Satanic panic to Greendale. 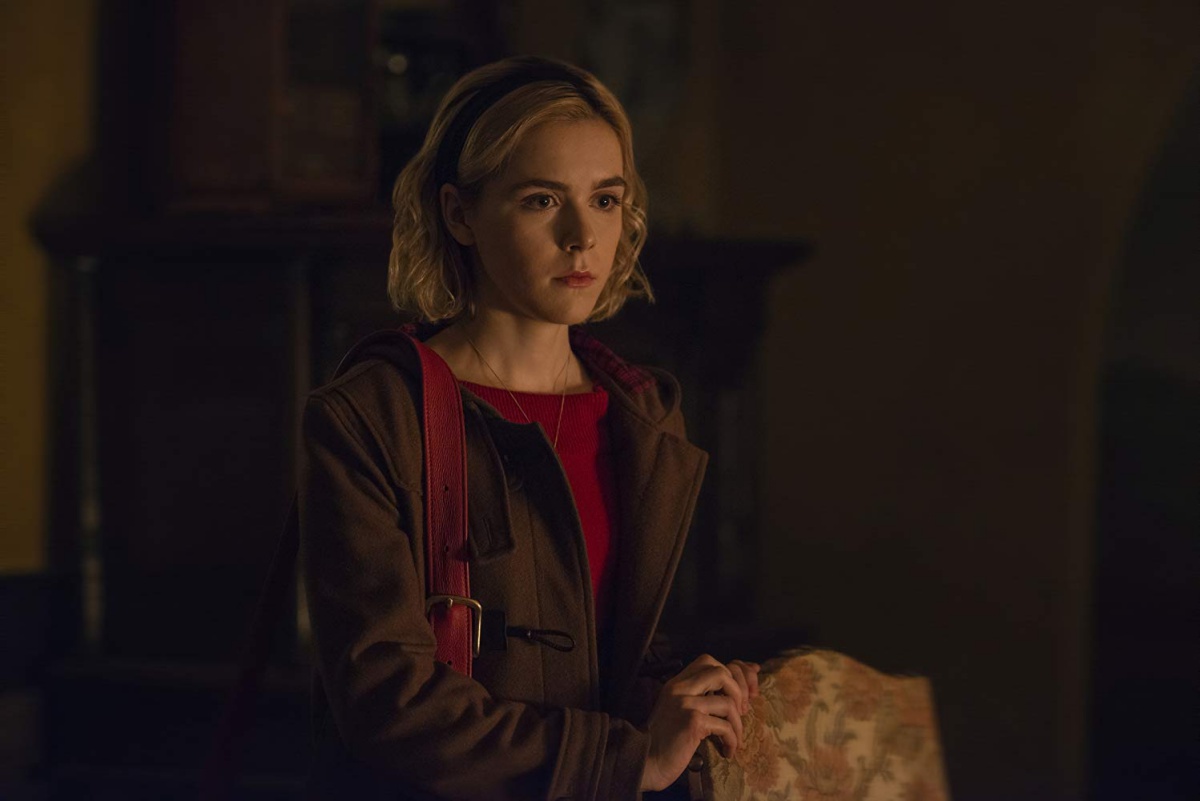 Since it was announced, I have been excited about Netflix’s Chilling Adventures of Sabrina. The comic series it is based on is fantastic, and I felt that the horror elements would make it an apt property to adapt, especially since Riverdale love it or not, is such a massive cult hit.

After watching the first eight episodes of this season, I can say that this adaptation of the comic holds back from fully embracing all the dark Satanic vibes, but it sets the foundation for what can be an engaging series. Once it all comes together. 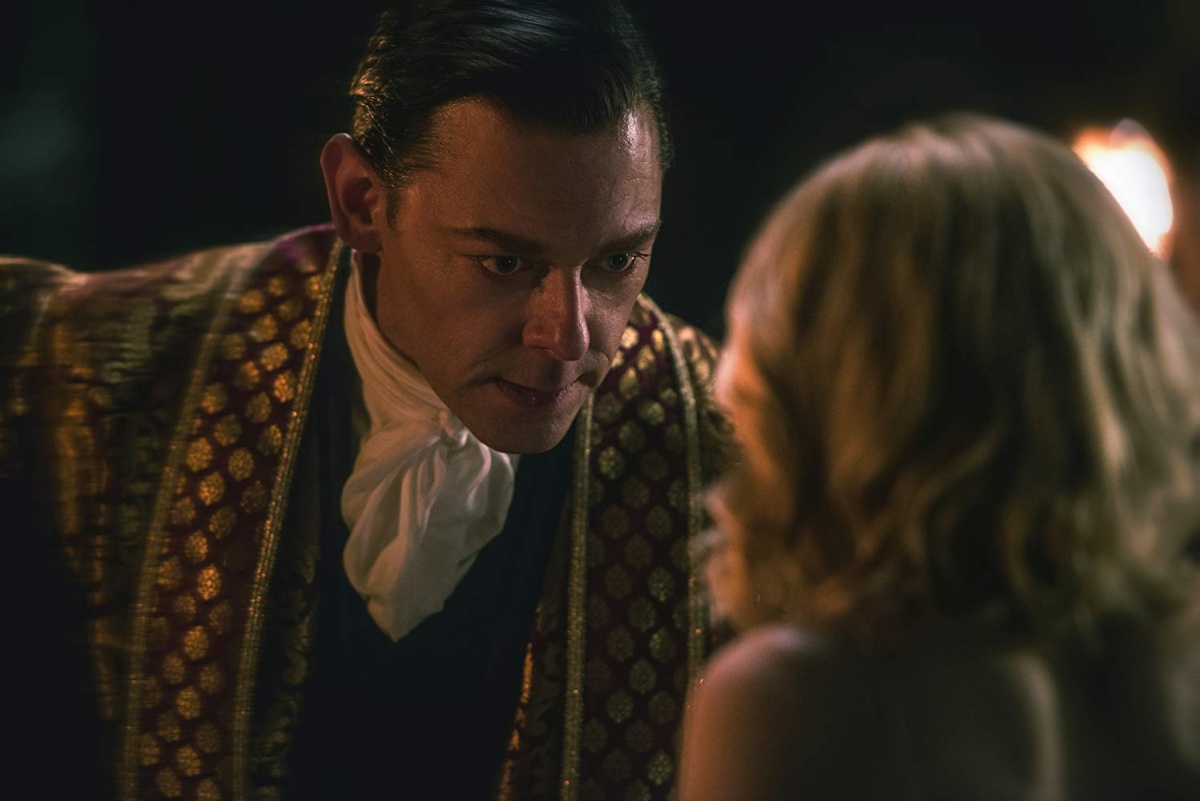 Sabrina Spellman is an (almost) sixteen-year-old half-witch who has lived her life in the liminal space between a moral life and a magical one. As her dark baptism comes closer, Sabrina’s soul is in a push and pull between the forces of Satan and the promise of a life where there are choices.

In the comics, Sabrina’s tie to the human world is Harvey (Ross Lynch), but the show expands to give her two awesome friends, Susie (Lachlan Watson), who is non-binary and also played by a non-binary actor, and activist Rosalind (Jaz Sinclair). On Sabrina’s magical side, there are her aunties Zelda and Hilda (Miranda Otto and Lucy Davis) who ooze charisma throughout the season, and cousin Ambrose (Chance Perdomo) who does a lot with a character that doesn’t get much to do.

What is often disappointing is that Sabrina herself tends to seem a bit bland in comparison to her peers. Part of that is Kiernan Shipka, who is suitable in the role but lacks a lot of the fire that you feel Sabrina is supposed to have in scenes. There is a playful mischievousness that Sabrina has that Shipka doesn’t quite nail, and when she’s supposed to be going toe-to-toe with The Weird Sisters it comes across even more so. Where Shipka does excel is in showing Sabrina’s kindness, and she has great chemistry with Harvey. Yet there is just something missing for a character whom everyone is drawn too. 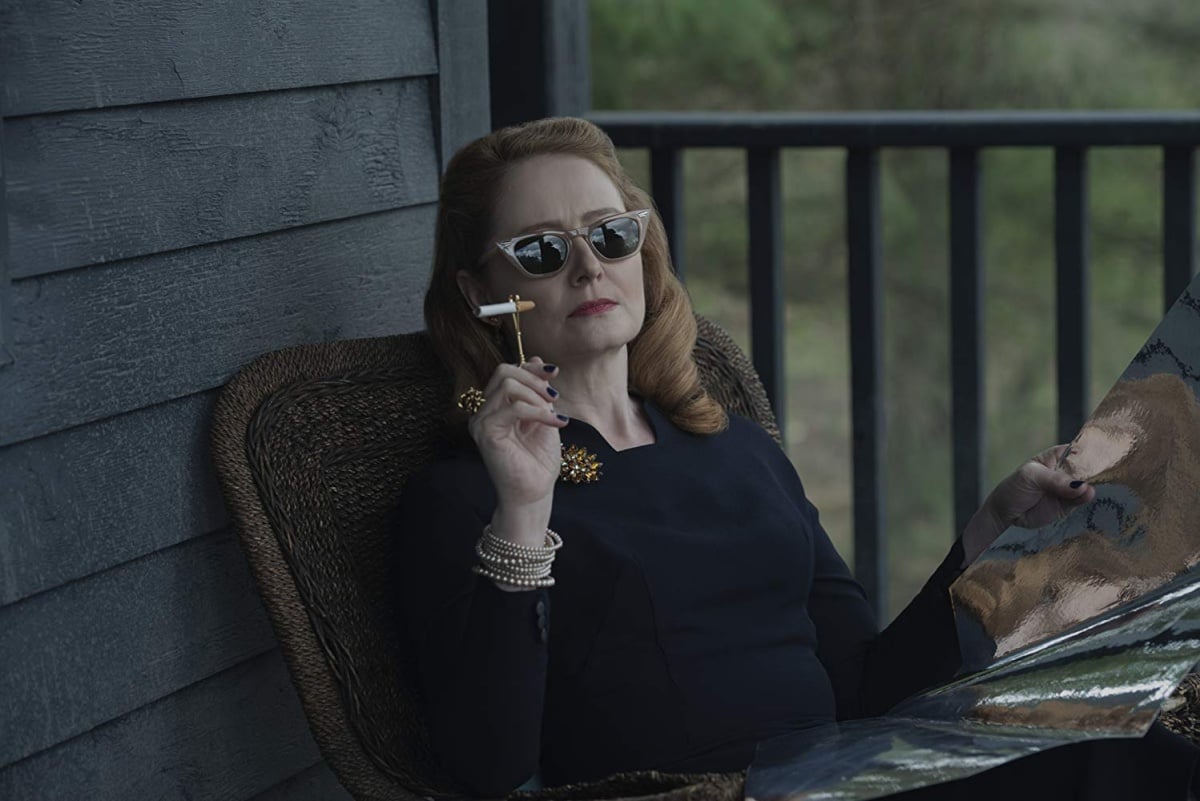 Miranda Otto as Zelda Spellman in Chilling Adventures of Sabrina (2018)

Let’s get to my favorite part of the show, and that is the Satan-worshipping magic. In many ways, Sabrina feels like the continuation of The Witch, answering the question of what happens when you choose to live deliciously.

When Sabrina has doubts about joining the Church of the Night, her aunties (mostly Zelda) bring in Father Blackwood, the high priest of the church, to answer her questions. He frames the Church as about choice, about giving into your own desires and it isn’t about obeying, but respecting the Dark Lord aka Satan.

We quickly realize there is a lot more to that when it comes to the Church of Night, but when you think about the fact that it bestows women power and long lives, but also asks for devotion to a male entity, it’s quickly shown that witchcraft via Satan is a double-edged broomstick.

Witchcraft in this sense is juxtaposed with the group W.I.C.C.A that Sabrina starts with Ros as a feminist group to stand together in the school’s male-dominated leadership. The corrupt leadership of men is something the series jabs at quite a bit, but very rarely puts up any healthy female equivalents either.

Madam Satan/Mary Wardell played to vamp-femme perfection by Michelle Gomez is a double agent; Zelda is a true believer but also a zealot who sometimes seems to put the church over her family. Hilda is delightful, but also tends to step to the side when conflict emerges. While Susie and Ros are Sabrina’s friends, Sabrina also engages in conflict with The Weird Sisters, especially their leader Prudence (Tati Gabrielle), who is so much more interesting than Sabrina I really wish she could have gotten more screentime. 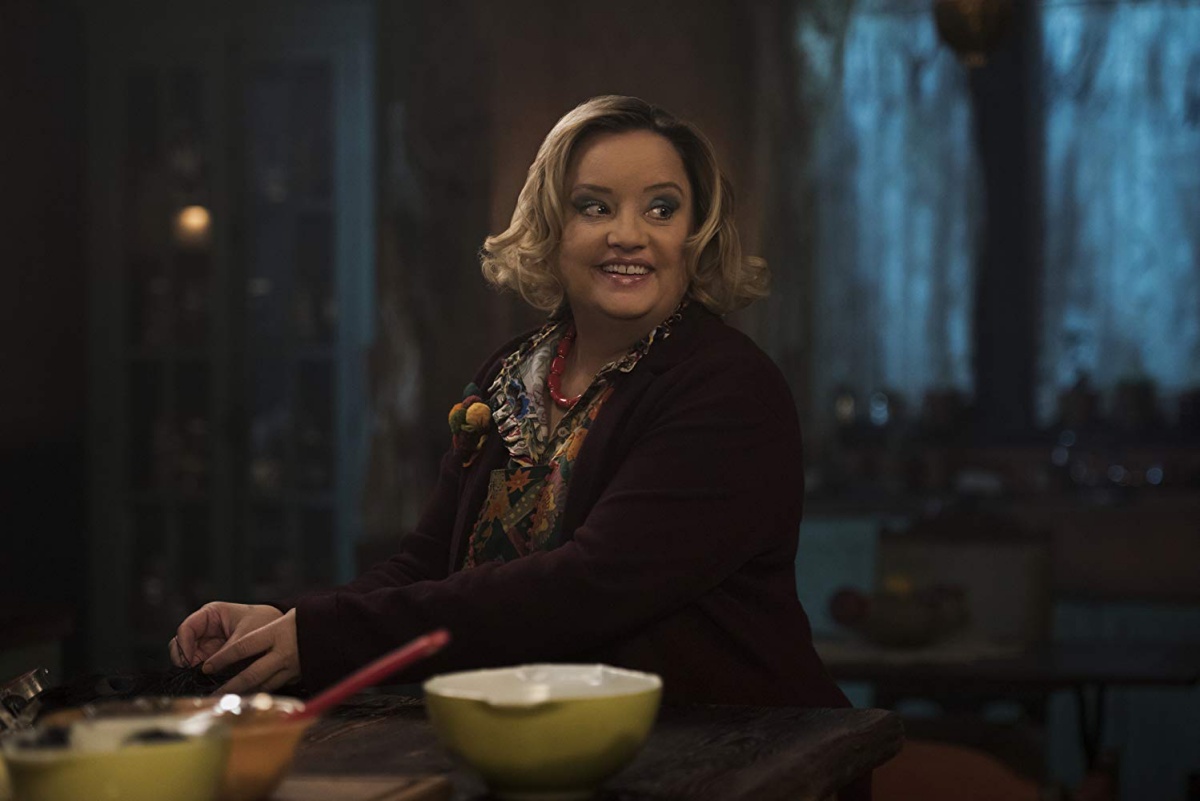 Lucy Davis as Hilda Spellman in Chilling Adventures of Sabrina (2018)

Where it lacks most is that for a series that can be binged, it is very episodic. Personally, I don’t mind episodic shows and Sabrina makes up for it by having some really fun character stories, which provide a lot of acting opportunities for its cast, but until episode eight, it sort of felt like a long walk to nowhere.

Sabrina has a goal in mind, but rarely is she pro-active, and that makes her a weak protagonist. I enjoy where these episodic storylines end up going, but it will really depend on if you find yourself invested in these characters. The plot threads dangle for too long that you sometimes forget about them until they come up again.

One element of the show I found to be a little frustrating was how it addresses homophobia and conservative politics, but also weaponizes it, almost reinforcing the “gay panic.” There is a use of love potion for a queer couple and in my books love potions are rape potions. There is blackmail using same-sex kisses and there is talk about putting a gay man in an institution. The show speaks up against this, but it also feels the need to bring it up a bit too much for a series that doesn’t take the time to have more positive queer stories in it.

Overall, if you are a fan of witches that lean more towards American Horror Story: Coven than Sabrina: The Teenage Witch, then you will enjoy this version of Sabrina’s story. It masters the dark elements well, with some cannibalism, murder, and disemboweling. The show hosts a cast of fun characters, but the mostly episodic format may seem a little meandering for the Netflix binge. There are still two episodes for it to wrap things up, so we shall see.