Telltale’s Game of Thrones is Exactly What the Maester Ordered

See what I did there?? 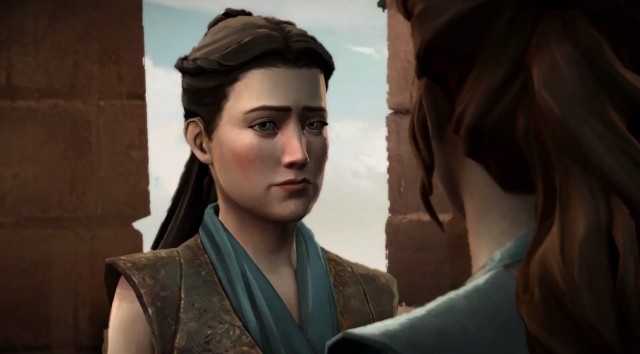 I’ve played Episode 1 of 6: Iron From Ice of Telltale Games’ Game of Thrones title and I’m here to tell you all about it. Except without spoilers!

[Editor’s Note: Telltale gave us an early review code for this title but we weren’t able to play before the official release because some jerks hacked XBOX Live. I eventually found time to play just last night on XBOX One.]

If you’re a fan of HBO’s Game of Thrones and/or George R.R. Martin’s A Song of Ice and Fire series and are simply dying waiting for the next installment of each, I highly recommend picking up this video game, as it will help you get by a bit longer. The game was created along with HBO, and Martin’s assistant Ty Corey Franck (as well as Martin himself) served as consultant. It follows the television show’s continuity but it’s still unclear if the game will be considered canon going forward.

Game of Thrones: A Telltale Games Series is gaming experience rather than your usual high-octane video game. So if you’re a fan of the series but not a “gamer,” and you’re concerned about actually being able to play, it’s infinitely easier to pick up than something like a first person shooter. You may die a few times (but hey, this is Game of Thrones after all) but once you get down the few, very simple maneuvers, you’ll be set. It’s more of a interactive story than video game which, for Thrones fans, is truly engaging material.

Allow me to explain (again, without spoilers). Game of Thrones: A Telltale Games Series picks up after Season 3 of the HBO series and focuses on House Forrester. They were not invented for the game, however they were only mentioned in passing in Martin’s A Dance with Dragons, so I wouldn’t blame you for not remembering them. The experience of getting to know House Forrester, their family members, sigil, words, etc., is much like being introduced to House Stark at the beginning of the HBO series. Again, much like the show, we focus on several characters rather than just one or two with a mix of roles and personalities. You can view a gallery of the main characters here. 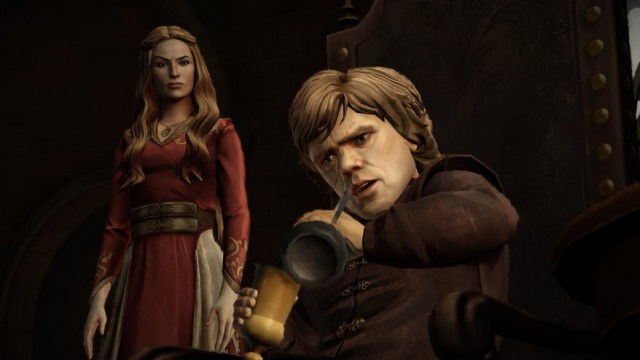 What impacted me the most in the game was just how hard it is to live in Westeros.

I mean, we knew it was a pretty tough place to live already, right? But even if you think you’ve got a grasp of the warring and politics, think again. While playing each character in the game, you’re presented with choices which will determine how the story proceeds. You think to yourself, “I know how the Game is played.” But you don’t. You really, really don’t.

This is compounded when you’re introduced to familiar faces. Peter Dinklage, Lena Headey, Natalie Dormer and more voice their Throne characters in the game and your characters interact with them. When put in a few particular positions I thought, “I’m going to say what I think someone would say to Cersei in this instance to save my own ass.” But I wasn’t always “right” and that’s when I realized I might not be as well suited to living in Westeros as I might think while watching the show on a weekly basis. Also, I should say that it adds a great deal to have not just the original characters but their actors involved in the production. It gives an extra something to the experience.

Much like the show and books, Game of Thrones: A Telltale Games Series has spurts of action and lulls of reflection and exposition so don’t expect just action or only scheming. I’ll also say this, the game not only gave me an emotional reaction as a fan, it left me wanting to play it again immediately to see what other outcomes I could arrive at.

Forget purchasing this one by episode, buy the season pass right now and find a new avenue to wait (im)patiently for your Game of Thrones fix.

[Editor’s Note: Please feel free to post game spoilers in the comments if you’ve already played. We only ask you preface those comments with “[SPOILER].”]