Review: Spider-Man: Homecoming Is Fun but Doesn’t Quite Stick the Landing 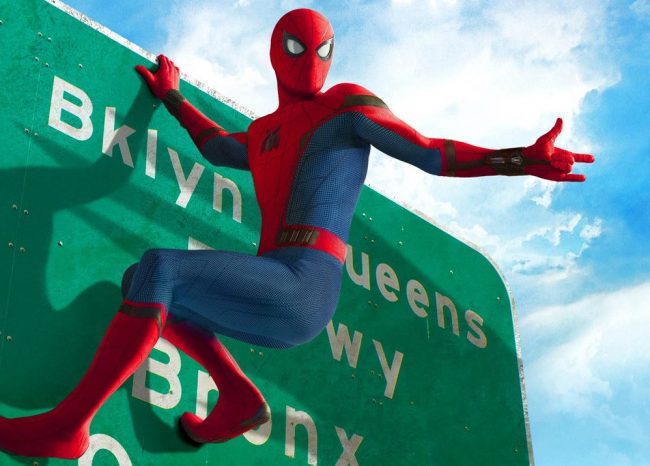 If you love Spider-Man or have a small child, oh boy, do I have good news for you. For the rest of us, Spider-Man: Homecoming can be light-hearted and enjoyable, but it probably won’t knock your socks off.

Spoilers for Spider-Man: Homecoming ahead.

I’m sitting here debating how to talk about Spider-Man: Homecoming, because the movie is so well-intentioned that to knock it down feels a bit like knocking over a puppy. That dogged earnestness is embodied by star Tom Holland, who does a fantastic job in the role of Peter Parker, and carries the film on his (relatively, by Marvel standards) slender shoulders. This is the first time that an actor convinces us of Spider-Man’s youth; Holland was 19 when he was cast, and it’s never been more apparent that Peter is all of 15 here.

Peter’s age is painfully obvious and important, because the main theme of Spider-Man: Homecoming is about the difficulties of growing up and the brash decisions teenagers make–especially when they’re told not to do the thing by an authority figure. In Homecoming, Peter is a sophomore in high school and living with his Aunt May (a winning Marisa Tomei), whose primary character trait appears to be her hotness that every adult male comments on. While the death of Uncle Ben is never directly addressed–a refreshing change from having to watch that play out onscreen again–some lines allude to the tragedy May has experienced, resulting in her anxiety over Peter’s safety.

At school, Peter’s awkward in a young-teenage-boy way when around his crush, the lovely Liz (Laura Harrier), and he has an able comedic sidekick in his best friend, Ned (Jacob Batalon), who acts as a sort of fanboy audience stand-in. Peter’s old bully nemesis Flash (Tony Revolori) is also here, as is the world-weary Michelle (Zendaya, giving an excellent turn in a role that feels brand-new to girls in superhero movies–Michelle is smart, sarcastic, and woke–she refuses to go into the Washington monument because it was built by slave labor). All of them are members of the academic decathlon team, which will become somewhat central to the plot. Overall, it’s a great message that superheroes and their friends are the smartest kids in the classroom, and Peter sports a charming array of science nerd t-shirts.

The movie begins with a delightful “cell phone video” filmed from Peter’s perspective as we see his involvement in Civil War unfold. When he returns from Berlin, Peter has caught his first taste of action and combat and anxiously awaits another call from Tony Stark a.k.a. Iron Man (Robert Downey Jr.) that never seems to come. Instead, Peter’s handling has been passed off to Tony’s driver Happy Hogan (Iron Man director Jon Favreau, who seems bored to be back on this side of the camera). Happy is meant to keep him out of trouble but seems too busy managing Stark affairs to be much bothered. From Tony, Peter has a received a sleek Stark-designed Spidey suit, and later we learn just how Stark it is.

Acting as “your friendly neighborhood Spider-Man,” Peter passes his evenings stopping petty crimes in his native Queens, flipping down alleys and across rooftops with all the acrobatic grace we could hope to see, and all the smart-aleck comments we expect from Peter Parker. One night he busts a few bad guys who are robbing a bank with super-advanced weaponry, and this kicks off his investigation into deeper criminal activity to discover where the weapons came from.

The bad guys got the goods from Adrian Toomes (Michael Keaton, chomping deliciously on the scenery). Toomes is that rare thing in a superhero movie–a villain that is by turns sympathetic, and whose motivations many of us can understand. He ran a construction company that was contracted to clean up New York City following the Avengers’ battle against the Chitauri aliens. But after Stark Industries and the government take over the operation, Toomes turns to a life of manufacturing illegal weapons and tech from the Chitauri debris.

He’s no cackling Big Bad, the fate of the world is never at stake, and Toomes primarily wants to provide for his cherished family. At one point he tries to convince Peter that Peter has more in common with him than the likes of Tony Stark, giving a rousing speech about how billionaires don’t care for the common man, and how in America regular people are left to clean up after the wealthy and eat their scraps. It’s a prescient message to deliver in the age of President Trump and vast economic chasms between the classes.

It’s also somewhat problematic that Toomes is ultimately the bad guy for scrounging out a living while Tony lives in his gleaming Avengers tower off of his own weapons fortune. Keaton is a mighty fine actor and his best characters, from Batman to Beetlejuice, always have an unsettling glint in their eye. As the Vulture, flying around on a massive set of homemade metal wings, Keaton gives a performance that is both moving and menacing. He’s an excellent choice that adds significantly to the movie’s gravitas.

There’s little gravitas to be had otherwise, because Spider-Man: Homecoming is a comedy–more so than any Marvel film has been before, save the 20th Century Fox-produced Deadpool. And while Deadpool wasn’t for the kiddies, Spider-Man‘s humor is light-hearted and situational. There were moments that I straight-up laughed out loud, and Holland gamely delivers one-liners like nobody’s business. As Peter attempts to juggle the social struggles of high school with the crime-fighting duties he’s assigned himself as Spider-Man, the audience can identify with his nerves about the approaching school dance even if we can’t quite imagine what it would be like to have superpowers and Tony Stark for a mentor.

Sadly, it’s Stark himself who feels like one of the weakest points in the film. Downey Jr. phones in this performance–often, literally: more than half the time he doesn’t interact with Peter face-to-face but rather calls him from some exotic locale. There’s a weird mix of Tony’s dangerously hands-off approach coupled with his tough-love stance that he takes whenever Peter’s plans go south. It’s clear that Tony’s trying to make amends for his own difficult relationship with his father, Howard Stark, but if this is an example of Tony as a dad, well. It’s not promising. Peter is desperate for guidance and a chance to help out, but he’s mostly left alone with a super-suit. It’s ironic that the best father-figure in the film is the Vulture.

When Peter has Ned hack the suit and turn off the “training wheels” program that locked down many of the Stark upgrades, it makes for some comedic scenes as Peter gets to know his A.I., Karen (voiced by Jennifer Connelly, who is married to Paul Bettany, who voiced the original JARVIS, and–my head hurts). But it’s hard not to feel like Peter then becomes a sort of Iron Man Lite in his Stark-enhanced suit rather than rely on the traditional elements that defined his heroism–namely, his quick wit and spider-given acrobatic abilities. I wish that the movie had either given Downey Jr. a meatier role or left him out save for a cameo. As it is, he feels like a Tony Ex Machina who just keeps flying in from time to time to save the day and then disappearing again. He certainly doesn’t deserve the near-double-billing many advertisements have suggested of Iron Man.

The battle sequences are my least-favorite part of Spiderman: Homecoming. It’s hard to make climatic fights feel boring, but this movie succeeds. They’re a chaotic mess, both in terms of how they come about plot-wise and in their choreography; we can also guess how they will end before they begin, so they never feel exciting or nerve-racking. Every time Peter has a big confrontation, I sighed and settled in until it was over. The compelling scenes in this film come from the characters’ interactions, not watching them get thrown across the room. Maybe I’ve seen too many superheroes movies and am a bitter jaded person. But considering this is the sixth go at Spider-Man on the big screen, I expected something more.

Ultimately this is Tom Holland’s movie–he’s in practically every frame that doesn’t feature the machinations of the Vulture’s gang–and his unbridled joy and enthusiasm is infectious. If Spider-Man is your favorite superhero, you will adore this movie. If you have kids, they will adore this movie and cajole you into buying the no doubt endless line of toys that will emerge from it. If you’re keen for a few hours of mostly mindless popcorn fare, this is the ticket you should purchase this weekend. You’re definitely not going to have a bad time–Spider-Man: Homecoming is a worthy entry in the Marvel canon. It’s worth the price of admission just for Chris Evans’ cheeky cameos as Captain America in motivational high school videos.

But in a year that’s given us Wonder Woman and Logan, expectations for what superheroes can do have reached a fever-pitch. We’ve seen the depth of character and story that are possible, and we like the taste of it. It’s not enough to just clamber over the bar that’s been set by previous films. We want to see Spider-Man soar over it and then some.