Review: Netflix’s Over The Moon Is a Beautiful Story of Grief and Hope 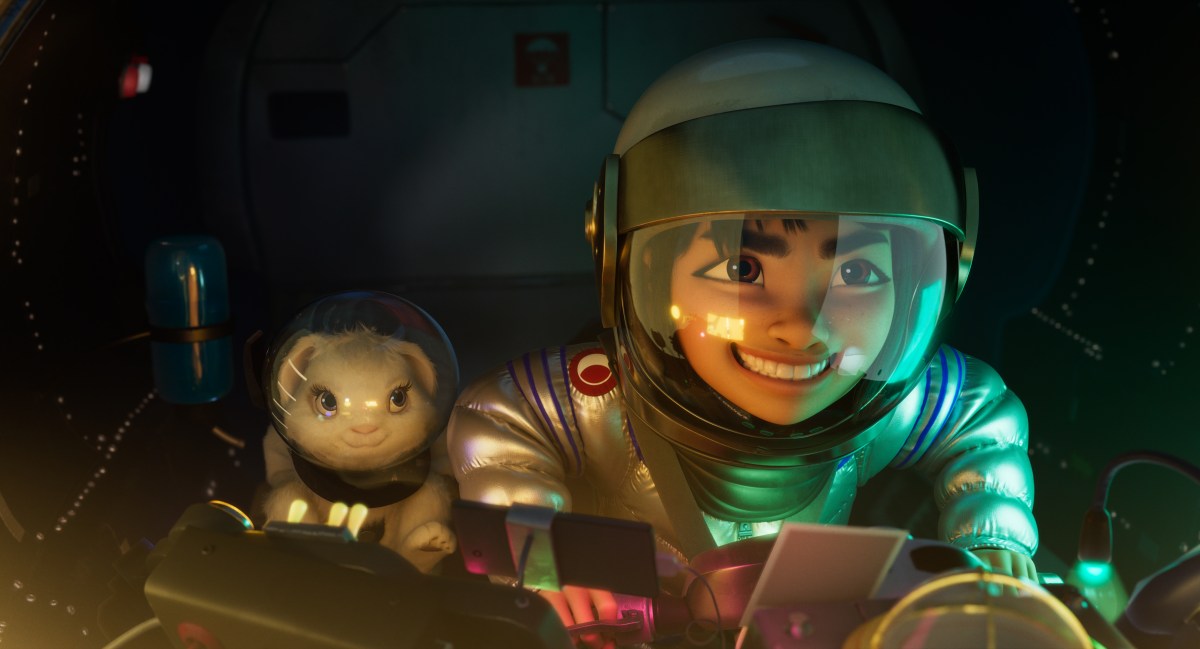 From the first trailer, I knew Netflix’s Over The Moon was going to make me cry. The story of a young girl who builds a rocket to the moon in an effort to meet the moon goddess and keep her father from moving after the death of her mother just sounds like it will pull on your heartstrings. But this fun, distinctly Chinese and very beautiful film is even more than that. Rather than just giving us another dead parent in an animated film, it is a movie entirely about coping with loss and grief and finding new hope and love.

Over The Moon centers on Fei Fei (Cathy Ang), a young girl, whose mother has passed away. When her father (John Cho) brings a new woman (Sandra Oh) home for the family’s Moon festival dinner, along with her own son, Chin (Robery G. Chiu), Fei Fei is devasted at the idea of her father moving on from the loss of her mother, because Fei Fei never will. Also, she doesn’t want a new dingbat little brother who thinks he can run through walls. 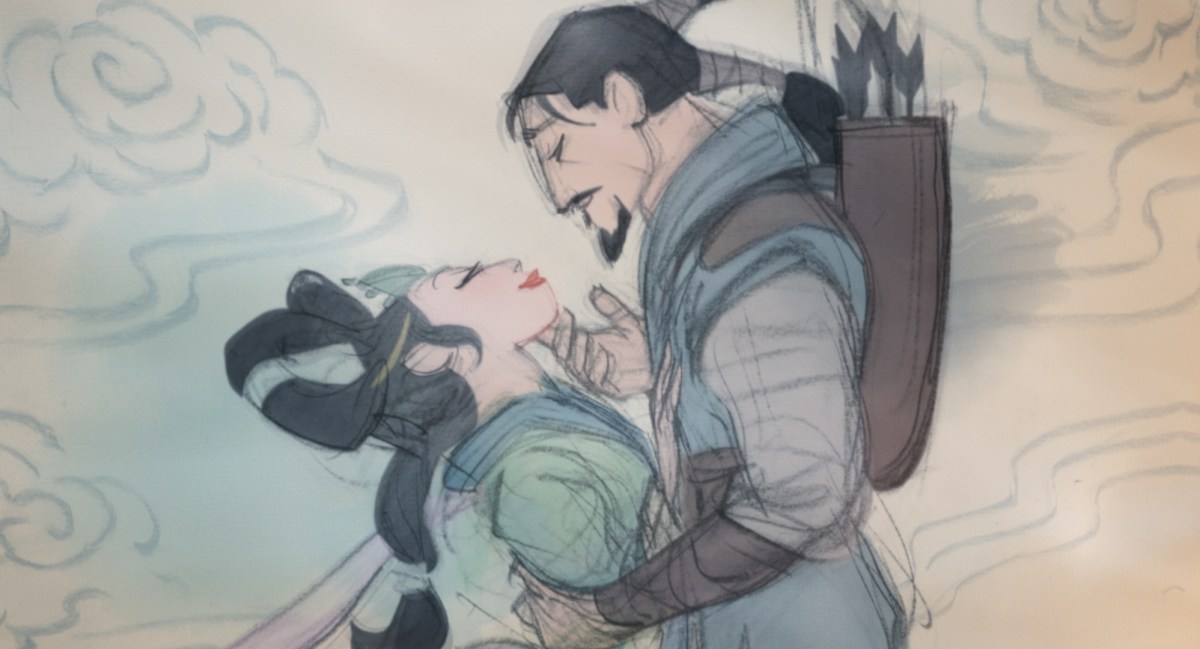 There’s only one solution for Fei Fei: she has to make her father believe in the moon goddess, Chang’e. The legend of the moon goddess is one that’s very familiar to the Chinese. Chang’e and her lover, Houyi, were separated after she took an immortality potion meant for both of them. She waits on the moon for her lost love now, and the story and moon festival that honor her were a favorite of Fei Fei’s late mother.

The only solution for Fei Fei to keep Chang’e memory and also her mother’s alive? Build a rocket to the moon and meet Chang’e. And Fei Fei does! In a really sweet blending of a typical animated heroine’s longing for a new world and encouragement for girls to get into STEM, Fei Fei actually builds a rocket and launches it, with her loyal bunny Bungee by her side. And of course, Chin stows away, ruining it all. But that’s when it gets magical and Chang’e sends her lions to collect Fei Fei and bring her to the moon.

Chang’e is very real, voiced with pop diva verve by Hamilton‘s Phillipa Soo. She rules a moon kingdom full of “Lunarians” and hopes that Fei Fei hs brought her a gift that will finally allow her to reunite with Houyi. I love Chang’e. She’s introduced singing an incredibly catchy pop song, “Ultraluminary,” that will be stuck in your head for days and she’s the perfect balance of danger, kindness, deep emotion, and pure magic that befit a legendary Goddess. 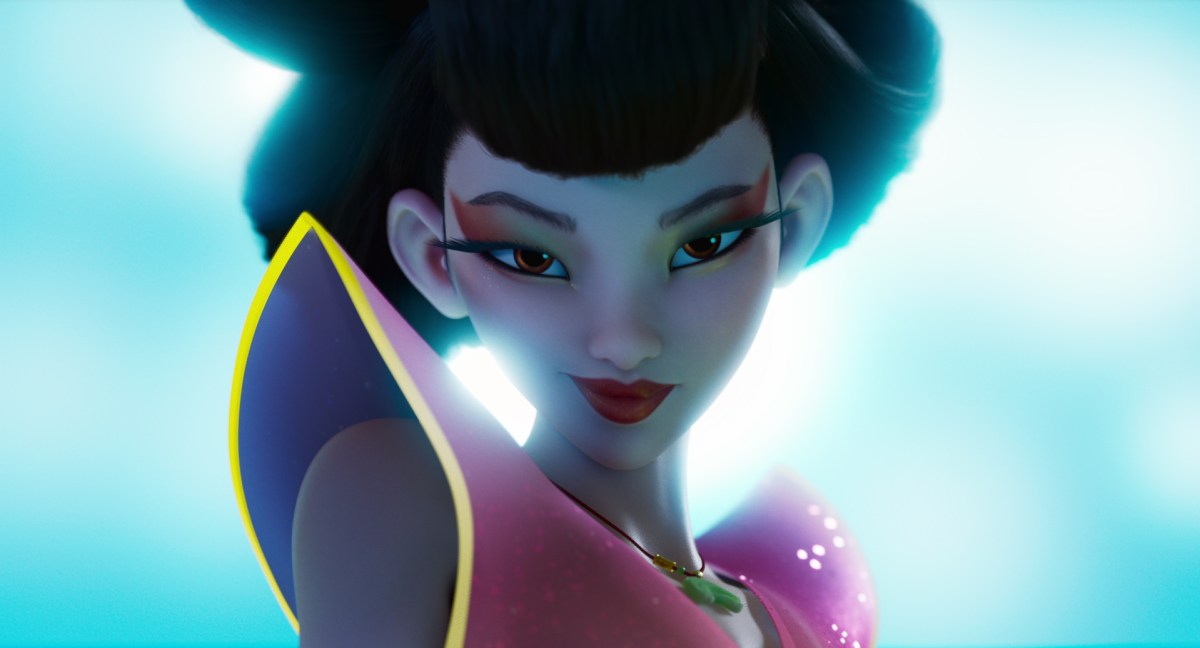 On a quest to find the gift, Fei Fei, Chin, and even Bungee make new friends on the moon, including a very fun outcast moon dog name Gobi (Ken Jeong), and both Fei Fei and Chang’e learn about letting their grief and loneliness go. And it’s done with some stunning visuals and lovely music that takes full advantage of Soo’s incredible talents.

Over The Moon has been made with complete confidence and deep heart, thanks to director and legendary animator Glenn Keane, the man behind Ariel and The Beast. Keane brings all his expertise to tell a story that’s both fun, moving and will hopefully take its place next to other classics.

Over The Moon will inevitably, and perhaps justifiably, draw comparisons to Coco. In the same way that Coco was a distinctly and deeply Mexican story that could resonate with anyone remembering the ancestors, so too is Over The Moon a fully and beautifully Chinese story that with themes and lessons that will leave all viewers crying.

This movie feels authentically Asian, not just because the entire voice cast is Asian but because it comes from Netflix in conjunction with Pearl Studio, which is based in China. Pearl was the studio behind Abominable, which was produced alongside Dreamworks, and which was also a very Chinese film that really captured the spirit of the country and culture, and I also recommend checking out if you like Over The Moon and want more diversity in your animation (it’s currently on Hulu). 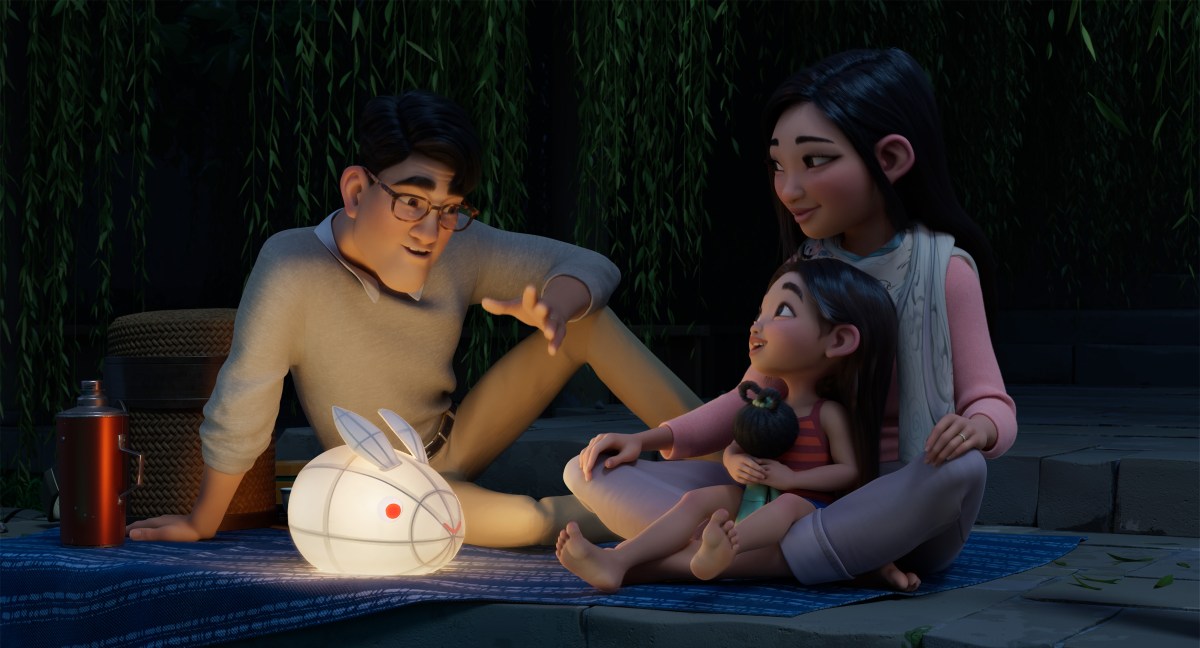 But what makes Over The Moon so special is that instead of being the typical movie where the hero or heroine has lost a parent off-screen, and it’s never dealt with fully, it is a movie directly about the loss of someone beloved and finding ways to love and live again. And the story behind the script makes the messages of the movie even more poignant.

Over The Moon was written by Audrey Wells, whose previous credits included The Hate U Give and Under the Tuscan Sun, and after turning in her first draft, she shared with the producers that she had been diagnosed with cancer.  The film was written as a deliberate final story, a direct message to her own family about how it was okay to move on. “She wanted me to know the script meant everything to her,” producer Peilin Chou explained in press materials. “That it was the love letter she’d be leaving behind to her daughter to help her carry forth in the world.”

And what Wells left is truly beautiful: a story that calls to mind other great children’s quests like Wells favorite film, The Wizard of Oz, one of those truly profound and beautiful journeys to another world that shows the heroine how to hope and love again in the face of despair. Audrey Wells passed away in October of 2018, at the age of 58, and it is beautiful and heartbreaking to know this film was her legacy.

And you don’t have to just take my word for it. I was lucky enough to watch this with my own daughter (who complained when I kept hugging her at the end and crying), who adored it. She loved the pop Moon Goddess, she loved the humor, and it was even a very special way to begin some conversations about some of the heavier topics. And she also has watched it five times since, so, big seal of approval.

I’m really happy that my daughter loves this movie even more than I did for so many reasons, and not just because it’s fun and beautiful. It also shows that a young girl can literally go to the moon with just some math and determination if she tries, it gives her a hero on screen who looks like half of her family, and it teaches her that the ones we love are never too far off. And I’m simply Over The Moon about that.