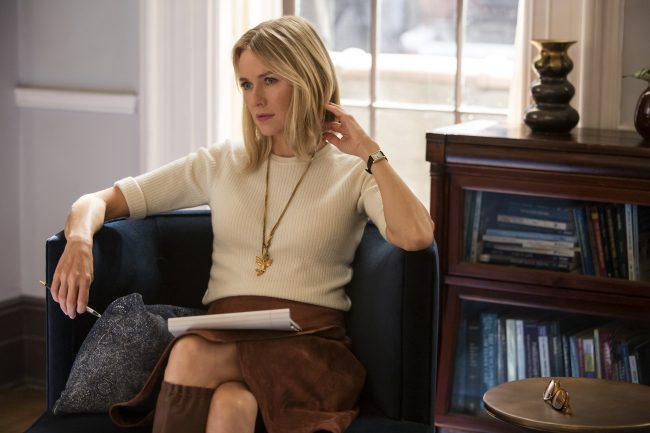 I really want to like Netflix’s G*psy. Created by writer Lisa Rubin and starring the talented and generally fascinating Naomi Watts, it provides us with exactly the kind of nuanced, complicated female character I crave in my media. If only the result weren’t so … bland.

In my most charitable take, perhaps the blandness is part of The Point. Watts plays a Manhattan therapist who develops intimate and illicit relationships with the people in her patients’ lives, all as she’s talking to her patients about “boundaries.” The show is billed as a psychological thriller, and we’re supposed to watch as “the borders of Jean’s professional life and personal fantasies become blurred, [and] she descends into a world where the forces of desire and reality are disastrously at odds.”

As a concept, that seems like it could be really interesting: a therapist who herself needs lots and lots of therapy, who can’t follow the advice she gives patients. Jean herself takes clonazepam in the first episode, so that we’re sure to know that she has her own mental illness stuff going on. As if her behavior weren’t proof enough. And so, I can see the writer and director trying to make her life feel as boring as possible, making her as basic as possible, so that you really feel what she’s going through, you know?

But that just makes her way more boring than this character should be. 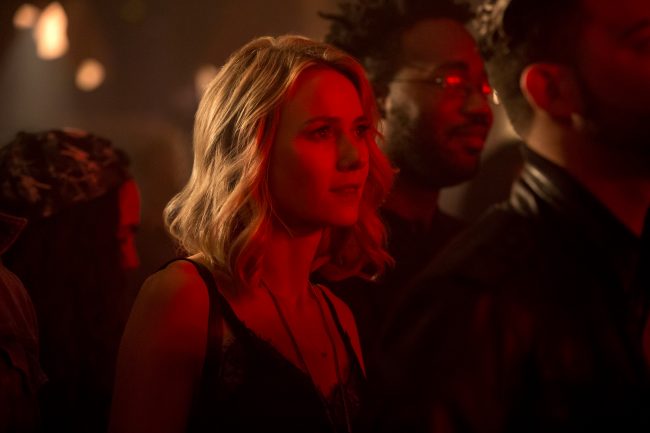 The main storyline involves her increasing obsession with a patient’s ex-girlfriend, Sydney, as Jean feels less and less fulfilled by her cookie-cutter, rich, suburban marriage to a dude. Calling herself “Diane,” Jean regularly goes to the coffee shop where Sydney works to strike up a relationship, and they eventually get closer in a super-destructive way. The ol’ girl-on-girl to spice things up routine. Whereas Sydney has apparently dated women before, we get the impression that for “Diane,” this is a walk on the wild side.

Her entire attitude about women, sexuality, and gender is equally frustrating. She has a child named Dolly who may or may not be a trans boy. What we do know is that Dolly prefers hanging out with boys, and there is an incident at school where they’re rumored to have indicated verbally that they’re “not really a girl.” While it’s clear that Jean loves Dolly, it’s also clear that’s she’s trying her damndest to limit her child’s gender expression. She won’t let them get a haircut. She tolerates Dolly’s obsession with Star Wars and other “boy” things (ugh! I could write a whole other essay about Star Wars being considered a “boy thing”), but then tries to force a playdate with a girl on Dolly, because hanging out with boys “isn’t appropriate.”

So, she’s secretly trying to walk on the wild side by having a fling with a woman, she’s policing her child’s gender, and she’s really, really jealous of her husband’s relationship with his assistant who, at least in the beginning of the series, seems totally on the up and up. This would all be fine, or at least interesting if it felt based in something real and true inside her, but I don’t get any sense of who Jean actually is, so there’s no basis for comparison. It’s just a heap of confusion. And yes, as human beings, we’re all constantly searching and confused, but I get the sense that she’s just doing all this because she’s bored. Not because she finds meaning in any of it. 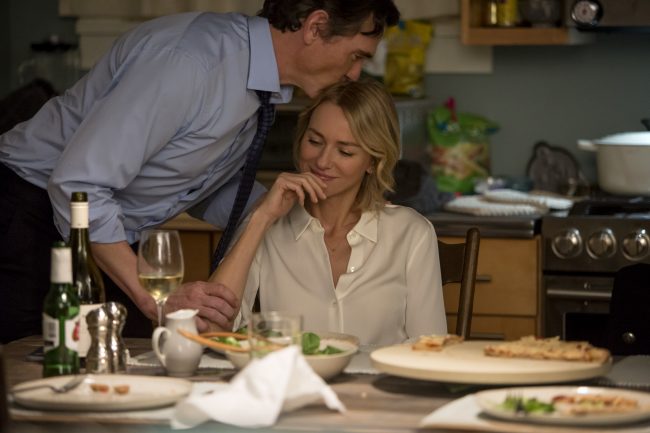 The entire thing strikes me the way Gustave Flaubert’s Madame Bovary struck me when I first read it. I was annoyed by this privileged white woman being so bored with her life that she toyed around with things like motherhood, and religion, and affairs. None of those things actually spoke to her or meant anything to her…she was just bored. And that kind of boredom can be insufferable if there’s nothing in the character to draw you in and make you care.

And yes, this show is very white (though Jean and her husband each have one person of color in their lives, so…see? They do have black/brown friends!), but whereas something like HBO’s Big Little Lies has the benefit of an ensemble of women, each providing a different perspective and different interpretations of what Being a Woman can look like, in Gypsy we’re stuck with Jean, and Watts is struggling to find layers that might not even be there.

G*psy launched on Netflix today, and was created by writer Lisa Rubin. Its 10 episodes were directed by three female directors: Sam Taylor Johnson, Victoria Mahoney, and Coky Giedroyc. And it has mostly female producers in Lisa Rubin, Naomi Watts, Sean Jablonski, and Liza Chasin. If it’s important to you to give things that are created by women a try, this is certainly that.

However, it’s also a show that romanticizes wealthy white women using people’s actual lifestyles as a way to “shake up” their lives. If I believed that any of these were things that were actually important to Jean, I might be interested in following her journey. Instead, I’m just left with the impression of a story that’s supposed to be about self-discovery, but when you open up the box where the “self” is supposed to be, nothing’s there.