Review: They Don’t Call It Justice League DARK For Nothing 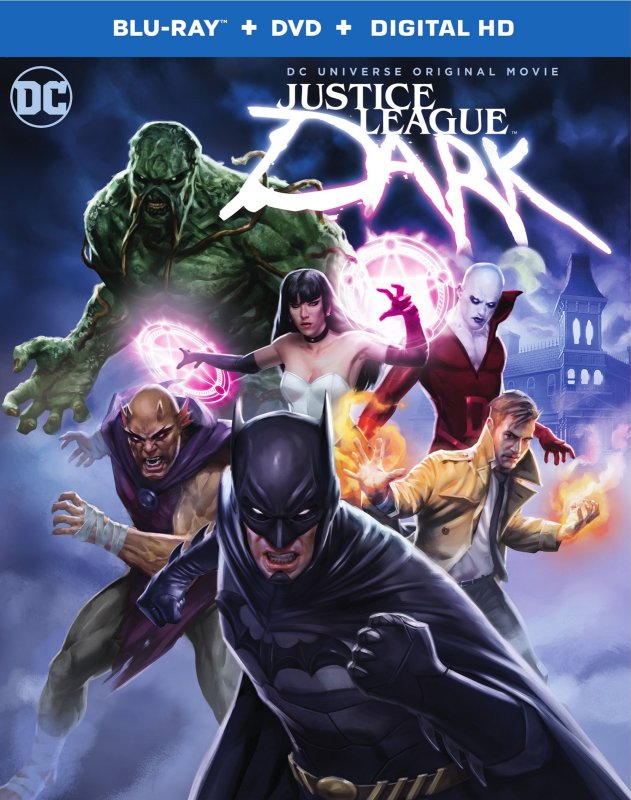 Warner Bros. Animation and DC Entertainment’s latest animated feature, Justice League Dark, is out on Digital HD, Blu-ray, and DVD today, and if you’re interested in the supernatural side of the DC universe, or want to fall in love with Zatanna (if you haven’t already), this is definitely one you’ll want to pick up.

When the Justice League comes upon a supernatural force against which even their powers seem useless, Batman assembles a second League of mystic heroes—the likes of Swamp Thing, the Demon, and Constantine—to help defeat this magical, otherworldly threat.

What the synopsis fails to mention is that this is really the story of how Zatanna is basically the most powerful and badass magician ever.

The story opens when some really horrific crimes start happening in Gotham City and Metropolis. A woman mows down innocent pedestrians with her car. A guy holds his wife and children at gunpoint. A woman is about to toss her baby off a building. The thing is, all of them swear up and down that the things they’re mowing down, holding at gunpoint, and about to chuck off a roof are demons.

As the Justice League tries to tackle this increasing epidemic of crime, the subject of a potential supernatural cause is brought up. Despite what he’s seen throughout his crime-fighting career, Batman remains skeptical. And yet, he’s the one who recruits John Constantine, who then enlists the help of Zatanna, Deadman, Jason Blood/Etrigan, and Swamp Thing to stop the dark supernatural forces at work.

And boy is dark an understatement. Justice League Dark isn’t “dark” in the sense of trying to be gritty and bleak the way that many of DC’s live-action movies seem to try to be. However, really, really dark, disturbing things do happen that don’t need to be buried under emo line delivery or really dark colors to have emotional impact.  What I love about DC animated films in general, and about Justice League Dark in particular, is that they tend to push the boundaries in surprising ways.

That said, there’s also plenty of humor in the film, too. This is about John Constantine, after all, who never met a wisecrack he didn’t like. The film also focuses a bit on his romantic history with Zatanna, and while they don’t get terribly romantic during the film, you could cut the sexual tension in their banter with a knife. Matt Ryan (live-action Constantine from the ill-fated NBC show, who isn’t giving this role up without a fight) gives an awesome performance in the role, as does Camilla Luddington as Zatanna. But the humor doesn’t stop there. Nicholas Turturro’s Deadman is hilarious, yet he also gives the film a lot of its heart.

I don’t want to tell you too much about the plot, because I don’t want to stumble into spoiler territory for this review, but I have to say that this story of dark magic, friendship, and betrayal was surprisingly affecting. There were a couple of scenes in it that genuinely made me gasp, or had me on the verge of tears.

Also, having had zero experience with Zatanna before seeing this, it made me completely obsessed with the character, and I now need to go out and get everything of hers. Zatanna’s way cooler than her top hat and tails bustier ensemble suggests! Now, I would give anything for a Zatanna/Madame Xanadu road movie.

The film isn’t completely flawless. There were several scenes in which the pacing of the voice performances didn’t seem properly edited. There were long pauses where there shouldn’t have been long pauses, and it made certain scenes feel slow and stilted, causing jokes to fall flat or emotional weight to dissipate a bit.

Still, the film is worth it for the story and the characters alone. If you haven’t yet read Justice League Dark in comic form, this film is a great intro. If you have, this film will be an awesome supplement.