Review: Joker Delivers a Masterclass in Doing the Most but Saying Nothing 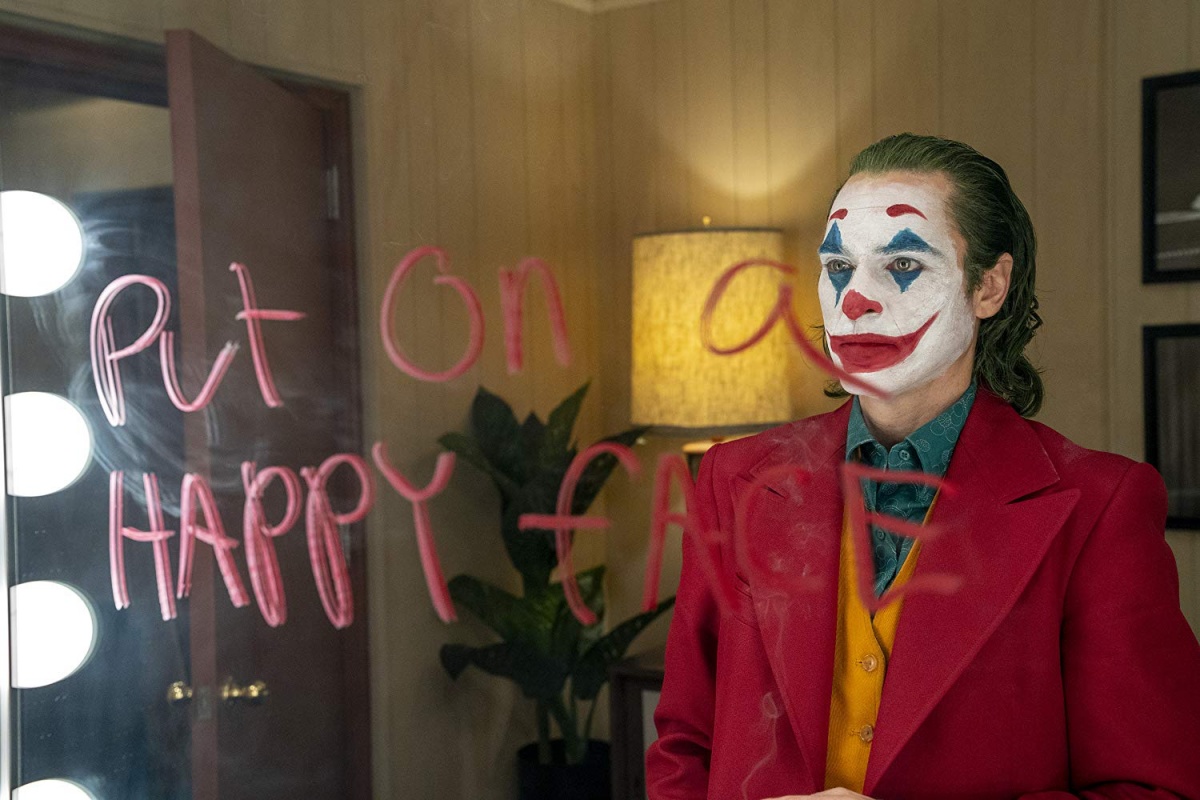 In The Maximum Security Book Club, writer Mikita Brottman talked about the cognitive dissonance she had discussing the book Lolita with a group of inmates at a Maryland maximum security prison. Brottman, like many literary people, had fallen in love with the language of the book and, despite knowing that the protagonist was a pedophile and that she shouldn’t sympathize with him, found herself “mesmerized.”

The prisoners in her book club, lacking that reverence for “literature,” were not manipulated by the language and just called Humbert Humbert what he was: “just an old pedo.” That’s how I felt watching Todd Phillips’ Joker. It was well acted, beautifully shot, and you can tell that Phillips has a great eye for shots and images, but if you take the script and just take it down to its essence, the film is about a severely mentally ill man stumbling into becoming a serial killer, except that it’s Batman-related.

In Joker, Joaquin Phoenix plays Arthur Fleck, a mentally ill man who has already been institutionalized once, is on several medications, and works a crappy “rent-a-clown” job to pay the bills as he works to figure out how to be a stand-up comedian. He goes to mandated therapy with a case worker, who is clearly overworked and underpaid, and even that shuts down due to lack of funding. Oh, and he suffers from a condition where he laughs in comfortable situations. His mother, Penny Fleck (Frances Conroy), is also severely mentally ill and is obsessed with Thomas Wayne, who she used to work with a little over thirty years ago. Wow, that’s how old Fleck is! I wonder why that comes up.

As for plot, that really comes together when, coming home from wearing his clown getup, Fleck is harassed by three rich Wayne corporation employees. They mock him and sing “Send in the Clowns” to him before beating him up. Fleck pulls out a gun and shoots one of them—in self defense, you could argue, initially, but then he decides to gun them all down (the Bernhard Goetz feel I got from the trailer was sadly on the nose). This attack starts an “anti-rich” sentiment in the impoverished Gotham City, where people see the “Killer Clown” as someone who took revenge on two more Gotham fat cats.

If you’ve seen Fight Club or American Psycho, then you’ve essentially seen this movie. Despite its R rating, nothing that Phoenix’s Joker does feels scarier or more weighty than Heath Ledger’s pencil trick in The Dark Knight, which—while bloodless, due to the movie’s rating—shows you everything you need about the character and his state of mind. Giving us more blood doesn’t exactly mean much, at least not to me.

Part of that is that, by breaking down the comic enigma of the Joker, all Phillips did was take the greatest hits of every serial killer or political assassin’s backstory and turn it into Arthur Fleck: severely mentally ill, no strong male role model (he actively longs for a father figure in the movie and is betrayed by both), emotionally abusive mother, desperate to be noticed by society, gets a somewhat sexual thrill from killing, etc. It goes on and on to the point where he stops being interesting and just becomes a collection of clichés in a suit.

On top of that, we have Joker accidentally becoming the leader of clown ANTIFA.

Thomas Wayne is running for mayor of Gotham because, as a rich person, someone who has “made something of himself,” he is the only one who can save the city. This depiction of the character was initially compared to Donald Trump, and I think that if Alec Baldwin had gone ahead with the role, it would have felt that way, but instead, he just seems like a member of one of the old rich families that run New York or any major city. The class ideas in the film are as under-baked as the rest of it, but it makes it clear that Joker is the product of a severely mentally ill person being ignored by society. This class war is what Gotham deserves.

While not the incel movie that some people feared—and Zazie Beetz is such a non-factor in this movie that it’s almost a shame she was in it at all—the film does reiterate every “mentally ill white male shooter/terrorist” profile we’ve seen for years, which makes Todd Phillips’ confusion about the reasons why people would be concerned about this film so … strange. This isn’t Robocop or Fight Club, a satirical movie that the audience is missing the point of. This is taking a lot of those concepts and playing it straight, which, in the climate we have today, is naturally concerning. That being said, the discourse is probably the best thing that could happen to this movie, because the expectations for it have been so overblown that it’s frankly attracting more attention than it ever could on its own merits.

Fundamentally, when I walked out of the film with my friend, we both felt the same. It added little on the level of an interesting crime thriller, and it also didn’t add anything to the Batman mythos itself, despite the interconnection of the two being the biggest draw of the film. Nothing about this makes Joker, the DC character, more interesting, and Joker adds nothing new to the genre without the way it works in the Batman angle—even then already retreading familiar ground, despite its best attempts.

Still, the moment I really just turned the movie off in my brain was when it made a long little person joke after making another little person joke earlier in the movie. It was so gross and so childish that it sort of just summarized the whole movie. It is made well, but overall, it’s a childish, meandering story that didn’t deserve the attention it got, but also doesn’t deserve much other than acting praise.

Oscar-worthy? Not even close.

Just because you were inspired by Martin Scorsese doesn’t mean you can make a Scorsese movie. He made The Age of Innocence.