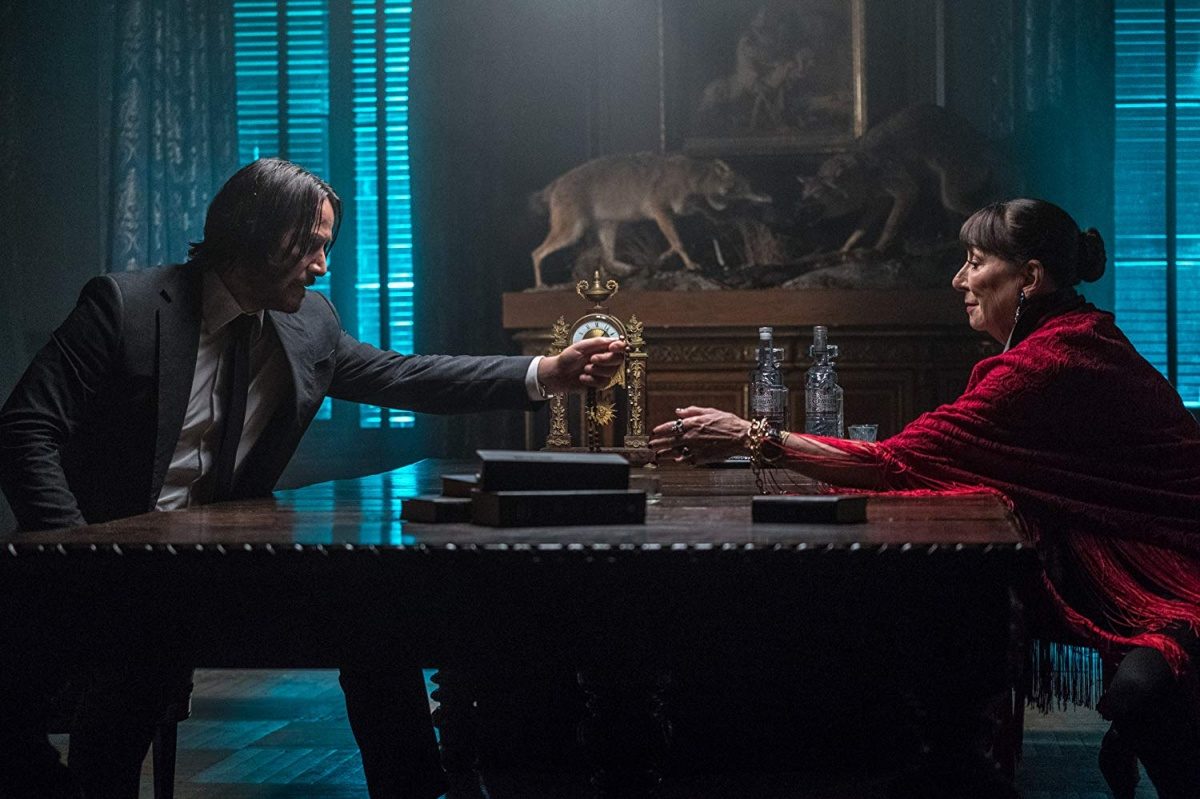 Super-assassin John Wick (Keanu Reeves) has returned in this third installment in the beloved action-thriller franchise, directed once more by Chad Stahelski, and it expands the world of John Wick beautifully, while also keeping the high-momentum ballet of violence going for its meaty 131-minute runtime. In Parabellum, we find Wick on the run after killing a member of the international assassins’ guild known as “The High Table,” and now he’s walking around with a $14 million bounty on his head and a lot of people looking to collect.

Chad Stahelski has truly mastered the art of getting action to look majestic. Each action set piece feels new and different, plus having a figure like Keanu Reeves, who puts his entire body into the role, grounding the project adds to the larger-than-life image the character has. Nothing feels the same, and if you’re a fan of the series, you’ll be happy to know that there are no repeated kills in this one. Everything feels dynamic, but there’s still time to break for quiet moments.

We get the returning characters of Laurence Fishburne as the Bowery King, Ian McShane as the dapper Winston, and Lance Reddick as Charon, who gets his own badass gun-fu fun this time around in the film. We’re also introduced to Halle Betty as Sofia (more on her shortly); Anjelica Huston as The Director, a mentor from John’s past who helps train other assassins; Mark Dacascos as Zero, a John Wick fanboy brought on to kill Wick; and Asia Kate Dillon as The Adjudicator, a character for which Reeves himself came up with the initial concept. Everyone gets moments to shine in this film, and it speaks to the skill of screenwriters and story concepts created by Derek Kolstad. 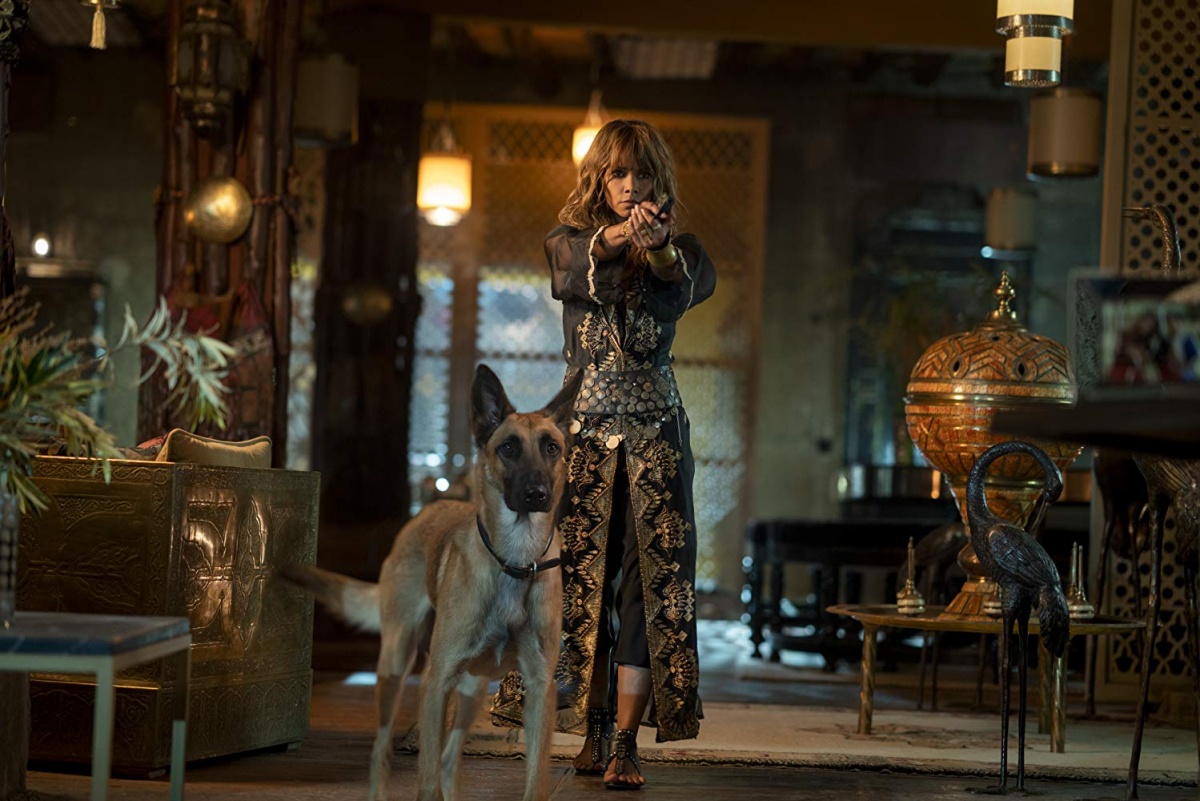 Halle “Queen of Doggos” Berry as Sofia in Parabellum.

There’s truly not enough praise I can give Halle Berry in this movie. She’s amazing in every definition of the world. In interviews, she has talked about putting her body through immense physical training to be able to fight next to Reeves and do the long takes that has made the series so iconic. Berry went through weapons training and dog training in addition to the martial arts training, and did a lot of that with several broken ribs.

Sofia is a former acquaintance of Wick serving as the Moroccan version of Winston, who is pulled into his orbit of crap due to a debt she owes him. The team also worked to form Sofia’s fighting abilities to work around the way a woman of her size and height would react to fighting guys bigger and taller than herself, especially incorporating the dogs. Watching Halle Berry as Sofia will only serve to illuminate how underutilized she has been as an actress in action films. She’s a powerhouse who can express a lot of emotion with very little, and at 52 years old, she looks better than ever. Patty Jenkins, make her Circe right now!

Another awesome addition was Asia Kate Dillon as The Adjudicator. Both Dillon and the character are non-binary, which is certainly a welcome addition into the John Wick universe. Dillon is amazing, carrying suave confidence and dictating the law as a representative of The High Table, as they clear house and deal with the mess Wick has made and those who have helped him along the way. In a story where almost everyone is carrying a weapon, The Adjudicator doesn’t need to pick up a damn thin; their word is law. 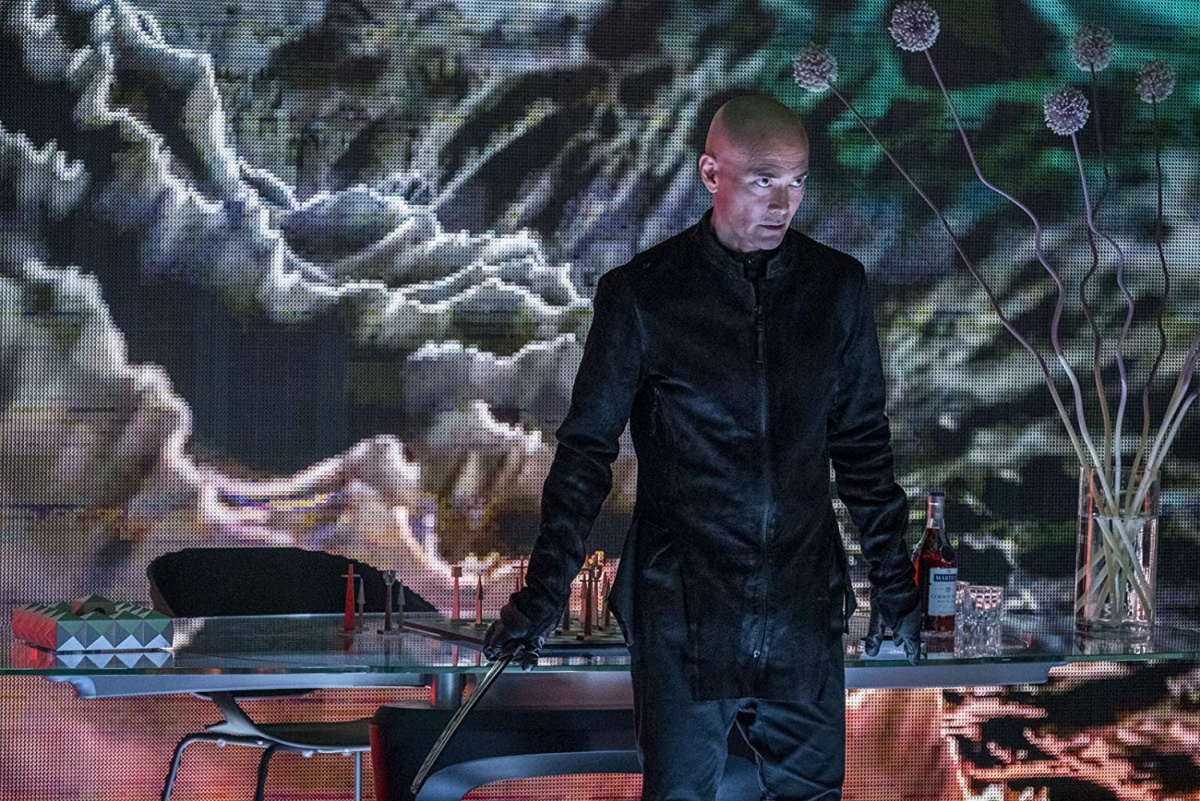 Mark Dacascos as Zero the John Wick fanboy in Parabellum.

What’s so beautiful about John Wick, beyond its cinematography, is how diverse it is. It’s changing the way action movies can look; nothing feels inauthentic or stereotypical as we expand to different locations. It all feels like a genuine love letter to action, to how beautiful violence can look on the screen and a reinvention of who gets to fill the role of hero.

The “everyman” in cinema has mostly been white men, especially when out for revenge, with a handful of exceptions (Denzel Washington, Will Smith), but having Keanu Reeves leading an action franchise, as someone who is partly of Chinese-Hawaiian descent, just adds some excitement because it proves that the everyman can be anybody in these movies—as long as they’re badass.

Parabellum blows the world of of John Wick wide open, especially with its ending, and seeing as Tom Cruise is 56 years old and still making great action moves, there’s no reason we can’t see more Wick for years to come. With the exception of a slightly drawn-out middle, Parabellum is a pretty perfect action film, and even after all the glory of Endgame, it’s great to see a smaller action story with fighting that seems grounded, and where you feel every crush of bone.