Review: 'Brightburn' Gives Us 'Smallville' but Evil | The Mary Sue

3 out of 5 Smallville opening sequences . 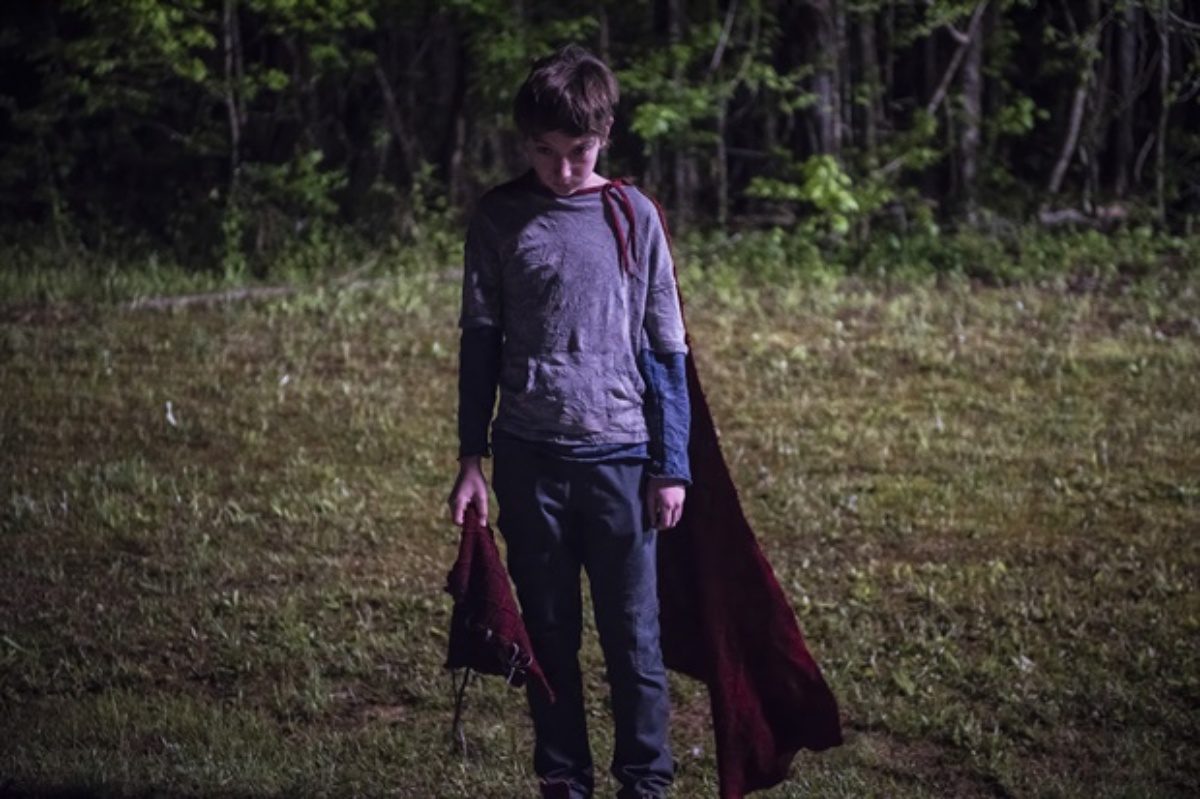 The question of “What if Superman were evil?” has been one that comic book writers have tackled several times throughout the character’s history. Alternate universes, like the Mark Millar limited series Superman: Red Son that has him land in the Soviet Union instead of Kansas, have done a great job of exploring that, and David Yarovesky’s Brightburn attempts to answer the question “What if Superman were sent to take over the world, not protect it, and he discovered that as a child?” It’s a compelling question and a solid premise, but Brightburn ends a little too soon to properly fulfill expectations.

In 2006, farm couple Tori (Elizabeth Banks) and Kyle Breyer (David Denman), in the town of Brightburn, Kansas, witness a meteor crash and discover a tiny baby, and because they have been (as the movie makes clear with a shot of several books) failing to have a child, they take the young boy as their own, naming him Brandon (Jackson A. Dunn). Ten years later, puberty hits, and Brandon turns into devil spawn.

Written by Mark Gunn and Brian Gunn (the cousin and brother, respectively, of Marvel’s Guardians of the Galaxy director, James Gunn, who produced this movie) craft a compelling nature vs. nurture story, as we see Brandon raised with love and kindness. We get a scene of him being mocked in school, but someone stands up for him right away, showing that it’s nothing serious. However, that changes when the ship that brought him to Earth starts reaching out to him. It causes a massive mood switch, and he begins acting out. It starts with him harassing a female classmate who was nice to him, escalating from stalking to breaking her hand.

It’s chilling because Tori wants to protect her son and give him unconditional love, especially because he’s adopted, but Kyle quickly starts realizing that these behavioral changes aren’t going anywhere.

Dunn is very effective at making Brandon into the perfect little monster, and with his blue eyes and dark hair, you could absolutely see him as a baby Clark Kent. It’s also compelling because he acts out in a very childish way, so even as you realize there is no hope for him, his tiny face does evoke sympathy for a moment or two.

Elizabeth Banks and David Denman both do a good job as parents who are trying to do the responsible thing but put the pieces together just a little too late. There are some truly fantastic gore scenes in the film that made my skin crawl because it doesn’t pull away from the carnage, and there is something genuinely haunting about seeing the iconic red eyes of Superman being aimed against innocents in an evil way.

At only an hour and 31 minutes, the film does not drag at all, but for the first time in a long time, I felt as if a movie needed a little bit more. When the film ends it feels like we’re just getting started, and the credit teaser sets the stage for this kind of evil Justice League, and I was like, “Wait, come back! Show me that movie, too!” But maybe that’s for the best, in a time where most superhero films are bloated, 2-hour-plus messes of CGI, the feeling of leaving the theater wanting more exploration of what Brandon is and what he will do is probably the better ending.

Brightburn isn’t groundbreaking; it is a concept that has been visited before in other mediums, but it’s well-made, well-acted, and succinct. It gives you exactly what it advertises, and it doesn’t take too long getting where the audience wants to go.