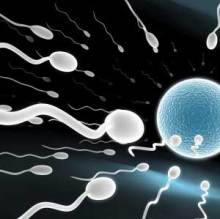 A male birth control pill has been the subject of scientific curiosity for a while, and a new study has found that rather than killing the sperm or preventing their existence, a male contraceptive pill might be the product of preventing the sperm from swimming.

Researchers from the Monash University in Melbourne, Australia have found a way to hinder sperms’ energy supply, preventing them from swimming and reaching their ultimate goal. Using lab mice as test subjects, the researchers found that introducing a mutation to the gene RABL2 — a gene related to getting protein over to a sperm’s tail — would make the tail shorter, as well as limit the production of sperm by almost 50%. According to professor and lead author of the study Moira O’Bryan, a male contraceptive pill would focus on delivering the mutation to the RABL2 gene, which would simply limit the action of it, rather than make any permanent changes. The team found that the mice undergoing the treatment had inert sperm, and were infertile, but their behavior did not change.

O’Bryan reiterates the common issue with a male contraceptive pill, which is that the problem lies more in making a subject fertile after the treatment stops, rather than simply making a subject infertile. Considering the RABL2 mutation limits the ability and production of sperm, rather than permanently changes both, the mutation seems like a step in the right direction for a male birth control pill.