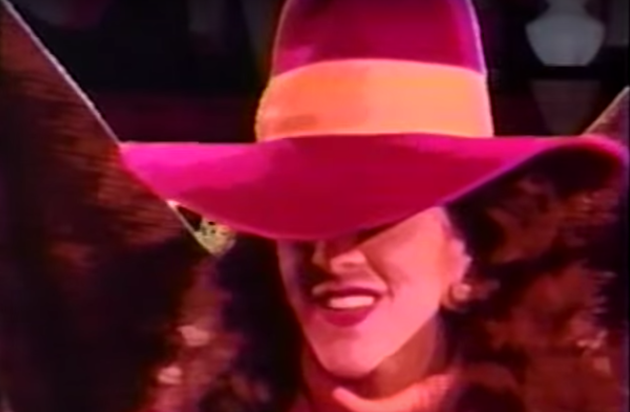 For kids in the late 1980s and 1990s, among many missions they had like getting a later bedtime and spotting Waldo in a crowd, there was one mission stood above the rest: finding Carmen Sandiego. There were computer games devoted to the pursuit, as well as popular TV game shows like Where in the World is Carmen Sandiego? and, later, Where In Time is Carmen Sandiego? It was on Where In Time…? that we got the first-ever live-action portrayal of the titular criminal mastermind. There was only one problem. The role was uncredited, the actress’ identity a mystery worthy of ACME Detective Agency. Until now!

Todd Van Luling, a Senior Staff Writer at The Huffington Post, took it upon himself to solve that mystery and do an interview with the ever-elusive actress in a fit of nostalgic awesomeness that makes me weep.

You see, while The Chief (the late Lynne Thigpen) and the Squadron Leader (a.k.a. the game show host, played by Kevin Shinick) were credited on Where in Time…?, the rest of the Cast was simply labeled “Cast” in the credits, and you saw a list of names. These people played a variety of characters, from historical figures, to “good people” helping the kids track Carmen down. However, none of them were credited, and despite having a show named after her, there was no credit for who played Carmen Sandiego. 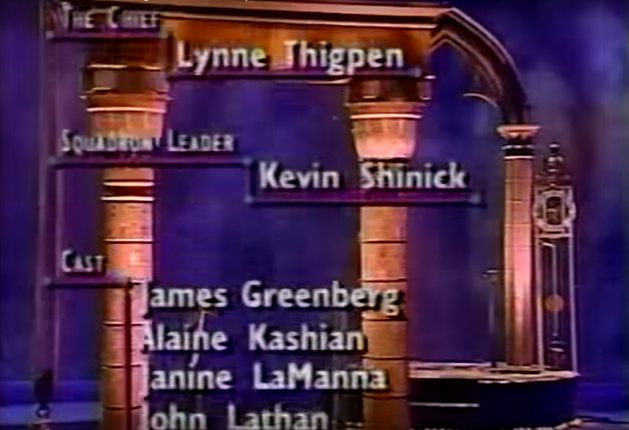 In his piece, Van Luling reports that the role was played by Janine LaManna, the actress credited third in a cast of five, as confirmed in tiny tidbits on fan forums, Wikipedia, and in the New York Times and other publications when LaManna was performing on Broadway. However, with her last Broadway credit being 2006’s The Drowsy Chaperone, she seemed to have dropped out of any kind of spotlight. She doesn’t have social media, she hasn’t been acting, and she most certainly hasn’t done an interview about being the first live-action Carmen Sandiego.

Until now, thanks to Van Luling’s impressive investigative skills which, incidentally, he also used to track down the identity of Friends‘ “Ugly Naked Guy.”

You really should check out the full story, as it’s chock full of mystery, intrigue, and humor. It’s also awesome to hear from LaManna herself as she finally directly speaks about what it was like to play this icon of 1990s pop culture that was so important to so many kids.

On playing the role, LaManna says, “It seemed to me that she was a bit of a diva. So, I kind of gave her a little bit of that. Once you embody a character that hasn’t been embodied yet, that’s a big responsibility.”

She also explains one of the reasons why she was never credited as Carmen and why she never did press for the show: “Because of the mysterious aspect of her, I don’t think they ever wanted an actor to be [associated with Carmen]. They didn’t ever want to reveal my face probably. Then you would reveal Carmen. But don’t forget, the internet was not [as useful back then]. It wasn’t that easy to find stuff. Everything had to go through the press.”

Currently, LaManna continues to live a bit of a mysterious life, constantly on the move with her army officer partner and their two children. However, now that her kids are older, she’s considering going back to acting. She was also very amused by Van Luling’s quest, saying, “Sorry it took you so long, but you’re pretty tenacious about it. I thought, ‘My God, I owe it to him. He tried so hard to get me.’”

It’s awesome to know that Carmen Sandiego has a sense of humor.