Daniel Radcliffe Would Be Okay With Being Replaced As Harry Potter 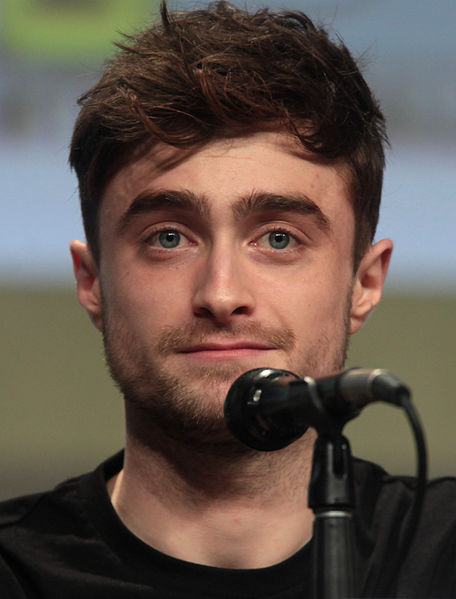 Daniel Radcliffe doesn’t actually want to play the role of Harry Potter forever, which is why he said he wasn’t interested in appearing in the rumored-but-not-happening-any-time-soon movie adaptation of the stage play, Harry Potter and the Cursed Child. At first, Radcliffe said he didn’t necessarily want to rule out the idea, but more recently, he told The Hollywood Reporter that he’d be fine with it if Warner Brothers wanted to recast the role.

He explained, “I’m never going to close the door; that would be a stupid thing to do. But I think I’ll be happy enough and secure enough to let someone else play it. At the moment it’s not even a concern because I’m too young to play the character, but even in 10 years’ time I would still feel strange about going back to it.”

Radcliffe is referring specifically to the version of Harry Potter that appears in Cursed Child, which is set 19 years later, during the same time period as the epilogue of the last Harry Potter book, Deathly Hallows. Harry is supposed to be 37 years old and a father of three; Radcliffe is still only 27 now. Still, that didn’t stop filmmakers from putting Radcliffe and the rest of his twenty-something co-stars in old age makeup when they all had to film the epilogue of Deathly Hallows together. (It looked kinda weird, though.)

Radcliffe went on, “There’s a part of me that’s like, some things are better left untouched. If we went back to Potter, there’s a chance we’d make what Star Wars: The Force Awakens was to the original Star Wars, but there’s also the chance that we’d make Phantom Menace. So I don’t want to go back to anything like that and maybe sour what people have already loved.”

Admittedly, Radcliffe hasn’t actually seen the play yet, so the comparison to Phantom Menace isn’t necessarily intended as an insult at the material. Still, I can understand why he wouldn’t feel excited about the idea of getting roped back into another Harry Potter project. He’s 27 years old and has done many successful projects over the years, yet he’ll probably always be associated with Harry Potter for the rest of his life–just as the stars of Star Wars will always be associated with their iconic roles.

It’s therefore understandable that Radcliffe might want to let someone else share the responsibility of playing this particular part. That’s already happened, what with Jamie Parker playing Harry Potter in Cursed Child; Radcliffe stated that he’d be happy to see Parker end up appearing in the film as well, since Parker’s performance has already gotten good reviews. Still, since the movie adaptation of Cursed Child is still a long ways off, it’s likely that Radcliffe will have to continue to field this question for the next decade or so.

(via MTV, image via Wikipedia Commons)