Warner Bros. Reportedly Wants to Make a Harry Potter and the Cursed Child Movie With Daniel Radcliffe Back in the Lead 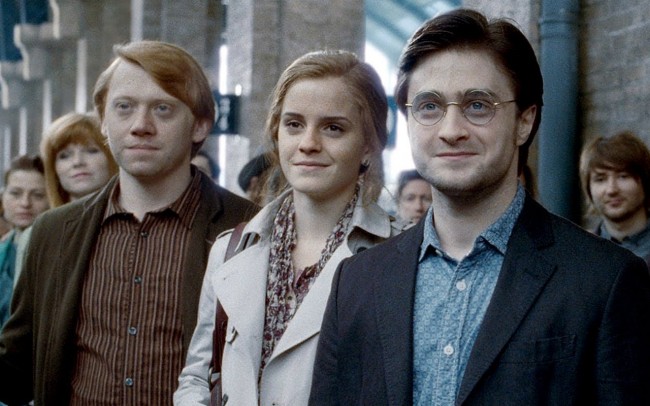 Whether you were aching for a continuation of the story of The Boy Who Lived or would’ve been happy leaving it up to imagination, Harry Potter and the Cursed Child is now part of the series’ canon, which makes things tough for fans who can’t get to London to experience it for themselves. The printed edition of the script arrived recently to let everyone get in on the magic, but Warner Bros. wants to do one better and adapt the play into a movie like the rest of the stories.

That’s not exactly shocking, and I’d be incredibly surprised if we didn’t eventually get a movie version of the West End play, but they also want to make it with the cast from the original movie series (or at least Daniel Radcliffe, according to the New York Daily News), which could provide some additional difficulty. Emma Watson and Daniel Radcliffe have since moved on with their careers pretty successfully, and Radcliffe, at least, said in a recent Radio Times interview, “The circumstances would have to be pretty extraordinary. But then I am sure Harrison Ford said that with Han Solo and look what happened there! So I am saying, ‘No,’ for now but leaving room to backtrack in the future.”

Not only that, but there’s another casting hurdle created by the story of Cursed Child that really doesn’t have a good solution (spoilers if you haven’t read the script yet): Still, while the rumored 2020 timeframe for the adaptation may be a bit sooner than it’s likely to happen—and with the Fantastic Beasts trilogy on the way to tide fans over, there’s no reason Warner Bros. needs to rush it—it’s hard to imagine that it won’t come together someday, whatever casting adjustments need to be made.

The Daily News’s report also mentions that Warner Bros. is interested in a trilogy for the adaptation, which may seem like a strange way to adapt a single story (hello, The Hobbit), but the stage play is already split into two parts that are each over two hours long. There’s definitely enough material to mine for three movies without feeling stretched too thin if Warner Bros. so chooses, so we could be set for several more years of new Potter movies.