Replace All the Racist Statues. Literally Anything Would Be Better. 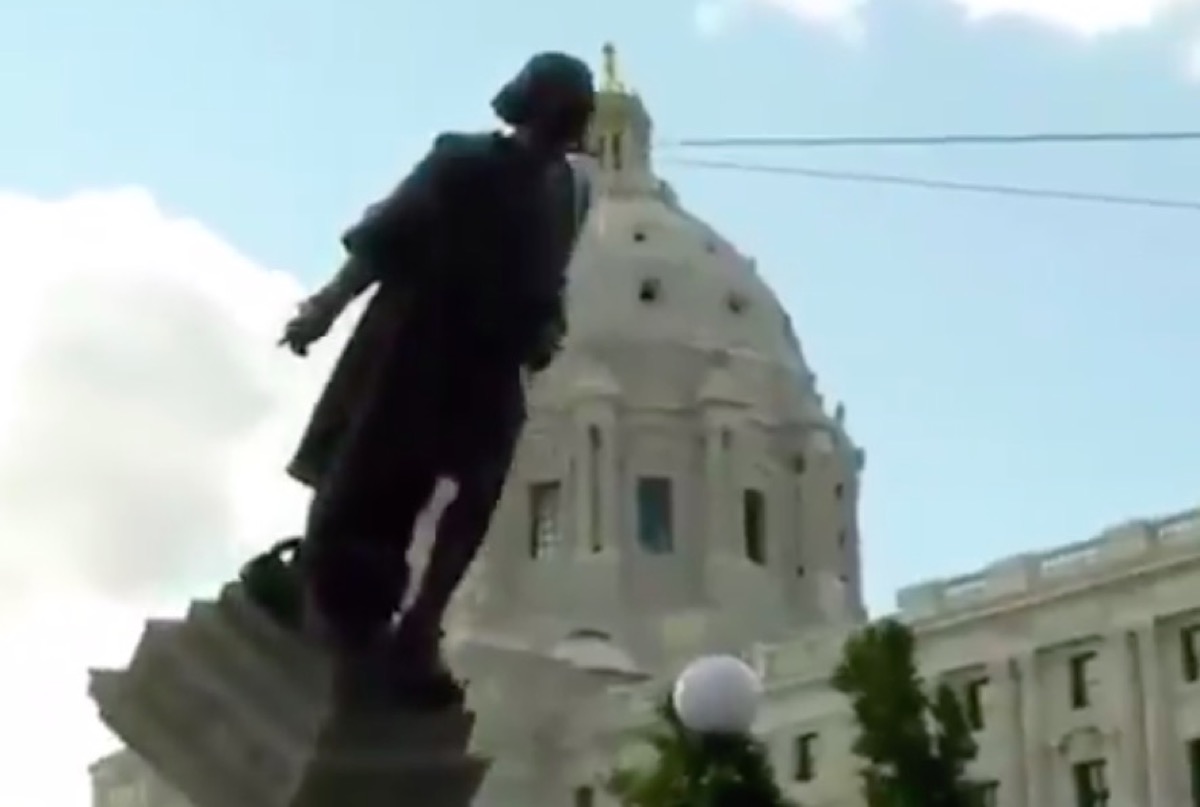 Everyone is fighting about racist statues right now, and it’d be funny if it wasn’t because racists want to keep statues of other racists alive and well. While many are being torn down or improved with graffiti, one particular statue has Americans fuming: Christopher Columbus. For whatever reason, people want to forget that Christopher Columbus wasn’t a good dude.

So I Googled “Why does Christopher Columbus suck?” to find sources (other than my own knowledge) and was directed to a rundown on The Progressive. As they put it, he came to the “New World” and “engaged in enslavement, outright theft and the genocide of this hemisphere’s indigenous peoples.” Why we have statues of him I’ll never know.

But the point is, we have statues of lots of racist people out and about, and right now, great things are happening to them—like being torn down and thrown into the river or being decapitated (like what happened with good ol’ Chris in Boston). Look, taking down statues of racist/hateful men does not erase our history. That’s what all those classes we sit through are supposed to teach us, and honestly, making them out to be heroic by erecting statues is what really erases history.

There are statues of prominent BIPOC figures throughout the world, like Rosa Parks in Montgomery and Malcolm X in the lobby of the ballroom where he was killed. But more figures from the BIPOC community and history should be displayed in place of the racist men who have had history remember them as anything other than racist.

There are people who did actual good in this world, like Ida B. Wells, Audre Lorde, Langston Hughes, and more, who should have their legacies represented, but instead, we have like twenty statues to Robert E. Lee who lost a war trying to keep slavery. Again, DO YOU SEE THE PROBLEM? But there are always going to be loud people (let’s be real: loud white people) who refuse to let these statues be replaced for disingenuous reasons.

Seriously, many of the monuments we have now are so awful that literally anything would be better. We could make them all Balto, and that would be an improvement..

Balto is a great hero to our world. A sled dog who led the charge to deliver medicine to combat the diphtheria epidemic that was happening. Leading the charge through Alaska, Balto became a hero. He already has a statue in New York City (which is how the 1995 animated classic Balto opens and I went to the aforementioned statue and cried for ten minutes). But why not give this hero his due instead of racists white men who have raped and murdered for centuries?

There are lots of other suggestions going around like changing all the statues in Tennessee to statues of Dolly Parton or changing the Christopher Columbus statues to statues of other Italian heroes like a sandwich or Frank Sinatra. And while I’m down for all these changes, let me talk more about Balto.

Leading the charge to help sick children throughout Alaska, Balto dedicated his life to protecting and serving. He was the best of dogs (and probably why I’m obsessed with Siberian Huskies still) and I want everyone to have that moment of pure joy while looking at a statue of Balto.

The internet took to giving suggestions of the statues they thought were better than the racists current immortalized because honestly, a statue of Tony Soprano would be better than Christopher Columbus and that’s saying something.

If you are looking for statues of famous Italian Americans to replace Columbus, consider the 5 meter tall statue of Tony Soprano in Lithuania pic.twitter.com/8xlCFZAM0D

Rip all the Confederate statues down in TX and replace them with Selena.

Replace all Statues of Christopher Columbus with the one of Peter Falk as Columbo that’s in Budapest, Hungary. pic.twitter.com/QBy1Hv89Fx

Replace all the confederate statues with monuments to the people who knocked them down.

Replace all the confederate statues with Business Horse, whom I found outside a courtyard Marriot in Louisville in 2017 pic.twitter.com/8dUcrHX4ej

Or just get rid of statues altogether. The only ones that don’t freak me out are the Balto statue in Central Park and Yoda in San Francisco.

The point is, tear down statues. Get rid of the idolization around these racist men, and start to change history for the better.

Besides, look how soothing tearing down statues can be:

watching (sound on) this is the calmest I’ve felt in my adult life https://t.co/LvnJQY48Or