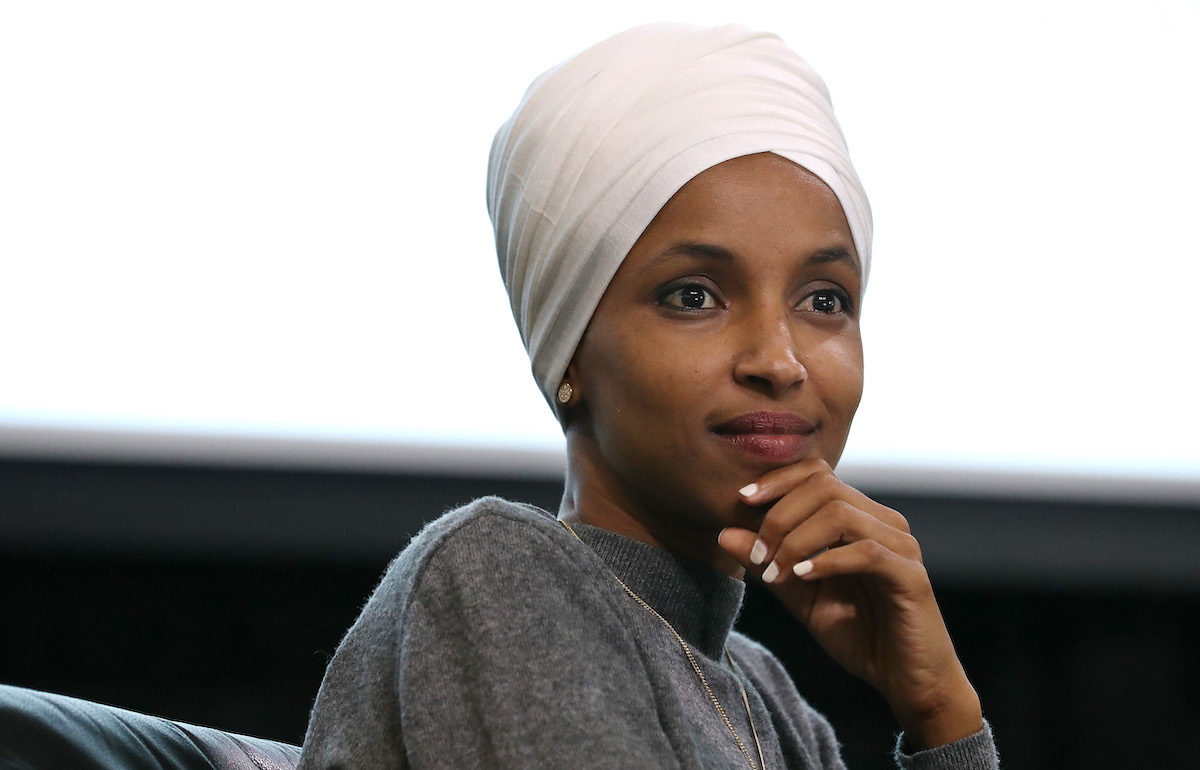 Minnesota Rep. Ilhan Omar fired back at President Donald Trump on Twitter after he made disparaging remarks about her. Trump, who was speaking at a campaign rally/super-spreader event in Moon Township, Pennsylvania, said of Omar, “She’s telling us how to run our country. How did you do where you came from? How is your country doing?” Trump also called Omar “a horrible woman who hates our country” and questioned her primary win this year saying, “Let’s check the mail-in vote … Where are the people that would vote for her?”

Trump on Ilhan Omar: She’s telling us how to run our country. How did you do where you came from? pic.twitter.com/XLSRZd6yFf

Omar responded on Twitter, “Firstly, this is my country & I am a member of the House that impeached you. Secondly, I fled civil war when I was 8. An 8-year-old doesn’t run a country even though you run our country like one.”

Firstly, this is my country & I am a member of the House that impeached you.

Secondly, I fled civil war when I was 8. An 8-year-old doesn’t run a country even though you run our country like one. https://t.co/zcKKjdC8ju

Omar was born in Somalia and immigrated to the United States seeking asylum with her family. She was 8 years old when she emigrated, and has been an American citizen for 20 years. Trump’s racist and Islamaphobic treatment of Rep. Omar is because of the color of her skin and her choice to wear a hijab—and her criticism of his criminal administration. Omar followed up her tweet by question Trump’s obsession with the squad, tweeting:

These cult-like rallies leave me wondering one thing: pic.twitter.com/58VjLl4II0

Trump has previously spread dangerous lies about Omar, and has told her and fellow members of the Squad to go back to their own countries, despite them all being American citizens.

“The President clearly loves to prey on people’s fears. He spreads the disease of hate everywhere he goes.” Democratic Rep. Ilhan Omar reacts to President Trump disparaging her with racist remarks during a campaign rally. https://t.co/cB5OlZfgnK pic.twitter.com/HKo5tiVMpk

Omar appeared on CNN, where she said of Trump’s comments, “The President clearly loves to prey on people’s fears. He spreads the disease of hate everywhere he goes. And these cult rallies that he’s holding across the country are now being fueled by fear. And it is no surprise that he is so fearful of winning Minnesota, that he has to resort to this hate, because what he knows is that the democratic power in Minnesota runs through turnout in the 5th congressional district.” Omar has previously said that no Republicans have expressed support for her publicly or privately in the face of Trump’s continued attacks.

Trump preys on fear. He spreads a disease of hate.

Our communities are under attack from the highest office in the land.

It’s frustrating to fight for your own humanity. It’s infuriating to advocate for your own inherent worth as a person.

In solidarity, we will overcome. https://t.co/dvKHaQzKEe