Neill died Sunday at the age of 95. 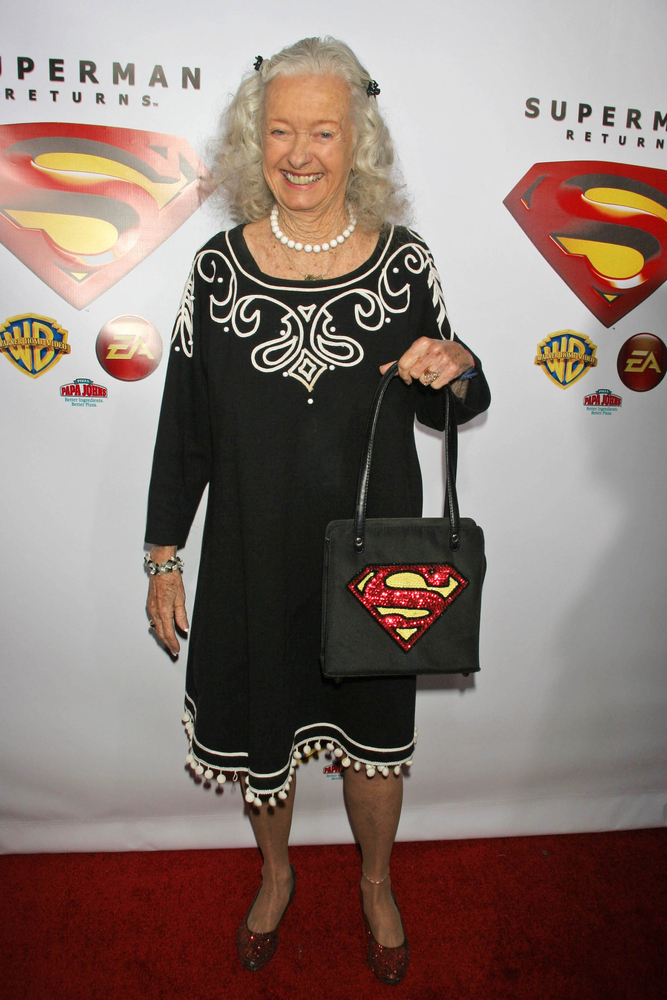 Noel Neill, who became the first actress to bring formidable journalist Lois Lane to the silver screen, passed away on Sunday, July 3 at the age of 95. She originated the role on-screen in the film serials Superman in 1948 and Atom Man Vs. Superman in 1950, opposite Kirk Alyn. She later joined the Adventures of Superman television show in its second season, replacing Phyllis Coates. Neill starred as Lois alongside George Reeves’ Superman/Clark Kent for a total of five seasons, though the show was cancelled abruptly after Reeves’ death.

Like many who played live-screen roles in the Superman canon, Neill later appeared in numerous adaptations of the famous Man of Steel as different characters–she played Lois Lane’s mother Ella in the 1978 Superman film, as well as Lois & Clark: The New Adventures of Superman (a role that would later be carried down and inhabited by a different Lois when Teri Hatcher played the part on Smallville). Most recently, she had played Gertrude Vanderworth, wife of Lex Luthor, in 2006’s Superman Returns. In 2010, the city of Metropolis, Illinois (which dubs itself “the official home of Superman”, unveiled a Lois Lane statue that had been created in the image of Neill’s Lois.

Several took to Twitter to honor the memory of Neill’s legacy as Lois, praising her portrayal as “iconic” and setting the standard for all those who played Lois Lane after:

My dear friend Noel Neill, Lois Lane to George Reeves's Superman in the 1950s, has died at 95. Rest in peace, dear girl.

They say your 1st is always your favorite. I LOVED Noel Neill as Lois. She was sweet warm & wonderful in person too! https://t.co/dP1tfJh16U

RIP Noel Neill, who instilled in young me a deep and abiding love of brassy broads. pic.twitter.com/CG0Q7dFcLj

And here’s a great montage of Neill as Lois on Adventures of Superman, which was originally posted in honor of her ninetieth birthday: