Remember When The Winchesters Were Ready To Kill Evil Santa? | The Mary Sue

Remember When The Winchesters Were Ready To Kill Evil Santa? 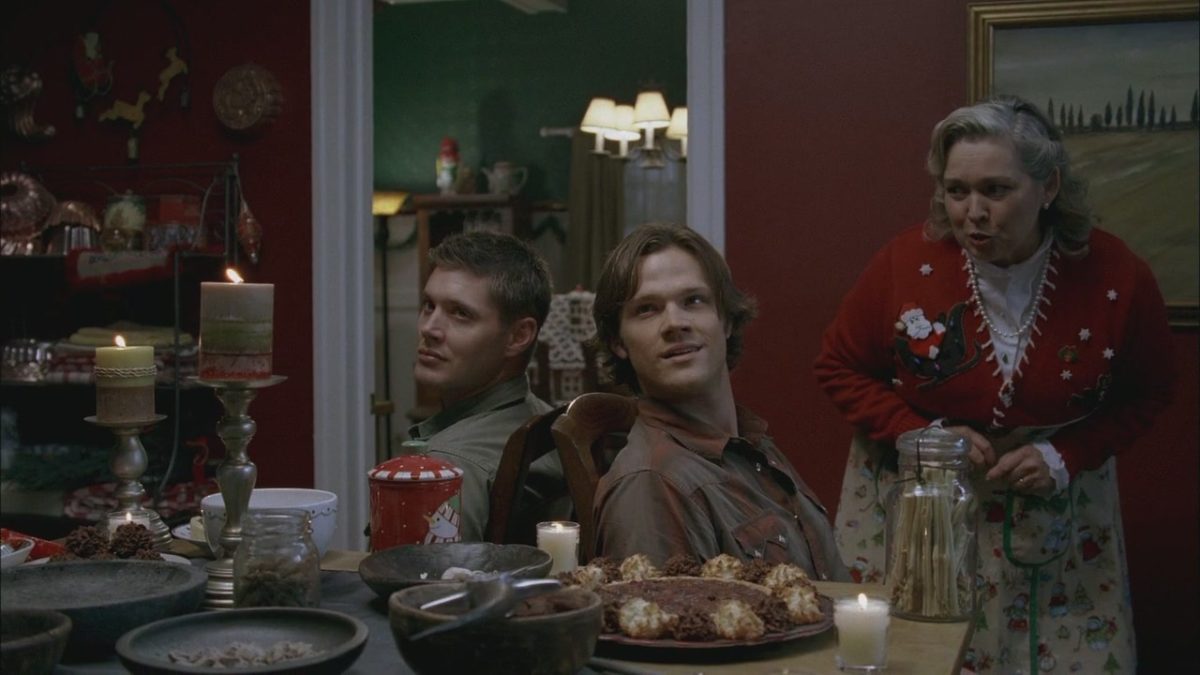 There are a lot of great Christmas episodes out there, but “A Very Supernatural Christmas” might be my favorite, and not just because Sam and Dean are fully prepared from the get-go to kill “evil Santa,” but because it’s actually a perfect episode of Supernatural. It’s got weirdness, humor, brotherly feels, and the Winchesters kill someone with a Christmas tree. It’s perfect.

“A Very Supernatural Christmas” starts out like a heartwarming holiday movie, with a grandfather visiting for Christmas (last year) and dressing as Santa to distributed present at midnight … until something comes down the chimney and brutally kills him! Whoops!

We jump to the present day and Sam and Dean are investigating a similar killing in a different town. The boys quickly determine that the culprit might be…”Evil Santa” and it’s priceless. They go after the ‘anti-Claus’ at the same time that Dean, who at this point in the series has less than a year to live, wants to have an actual Christmas before he dies. Sam’s not into it because he doesn’t want to deal with losing his brother. Both understandable. 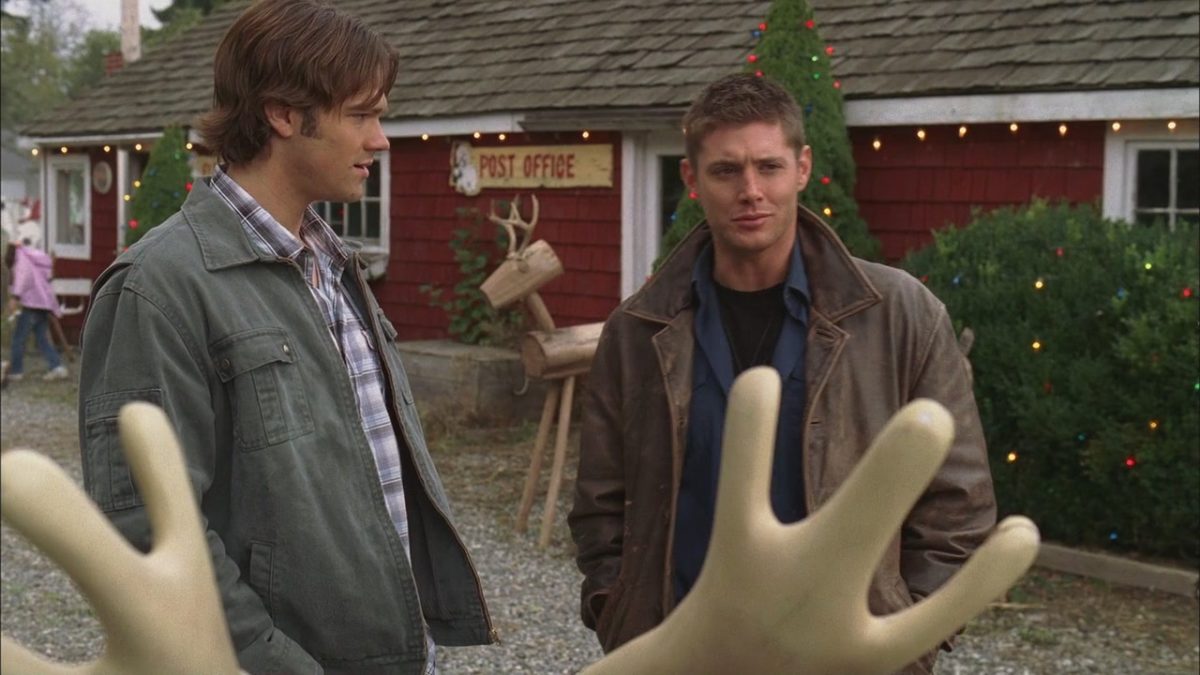 Evil Santa turns out to be a red-suited herring but we get great moments from it, like Sam telling a nice elf he’s only here to watch the kids with Santa and some truly horrible covering their ass caroling when they break in on the wrong Santa. Turns out they’re probably dealing with a pagan God because of course Sam Winchester knows that Christmas is pagan.

But the best part is the kids, No, I don’t mean the fact that watching this eleven years after it aired means Jared and Jensen look like children comparatively, but the flashbacks to Sam and Dean as little kids the Christmas that Sam found out what their dad really does and gave Dean the necklace the fandom came to call the Samulet. Tiny Sammy and Dean getting through Christmas alone? My heart.

The boys figure out that the real culprits that have been decking halls with wreaths of meadowsweet and stuffing folks up the chimney are a couple of pagan gods posing as perky Ozzie and Harriet types that just love Christmas and say fudge instead of naughty words. They’re great villains, Dean gets to almost swear and the guys, I cannot stress this enough, kill them with a Christmas tree. It all works out in the end. 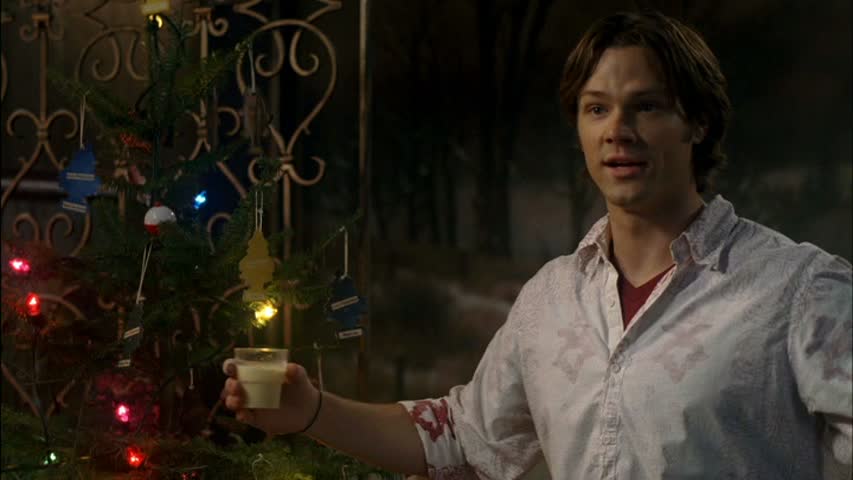 And the experience makes Sam’s heart grow three sizes so that he has a turn around about celebrating Dean’s last Christmas. It’s such a good brother scene – especially because Jared Padalecki actually spiked that egg nog so Dean’s reaction to taking a sip is very real.

I definitely come back to this episode every Christmas, to get some fandom into my celebration. It’s a perfect episode of a show I love and it’s honestly really Christmas-y (aside from the murder) because it’s about a family being together, muddling through somehow, and it’s great and it’s essentially Supernatural.