Legends of Tomorrow is always wild 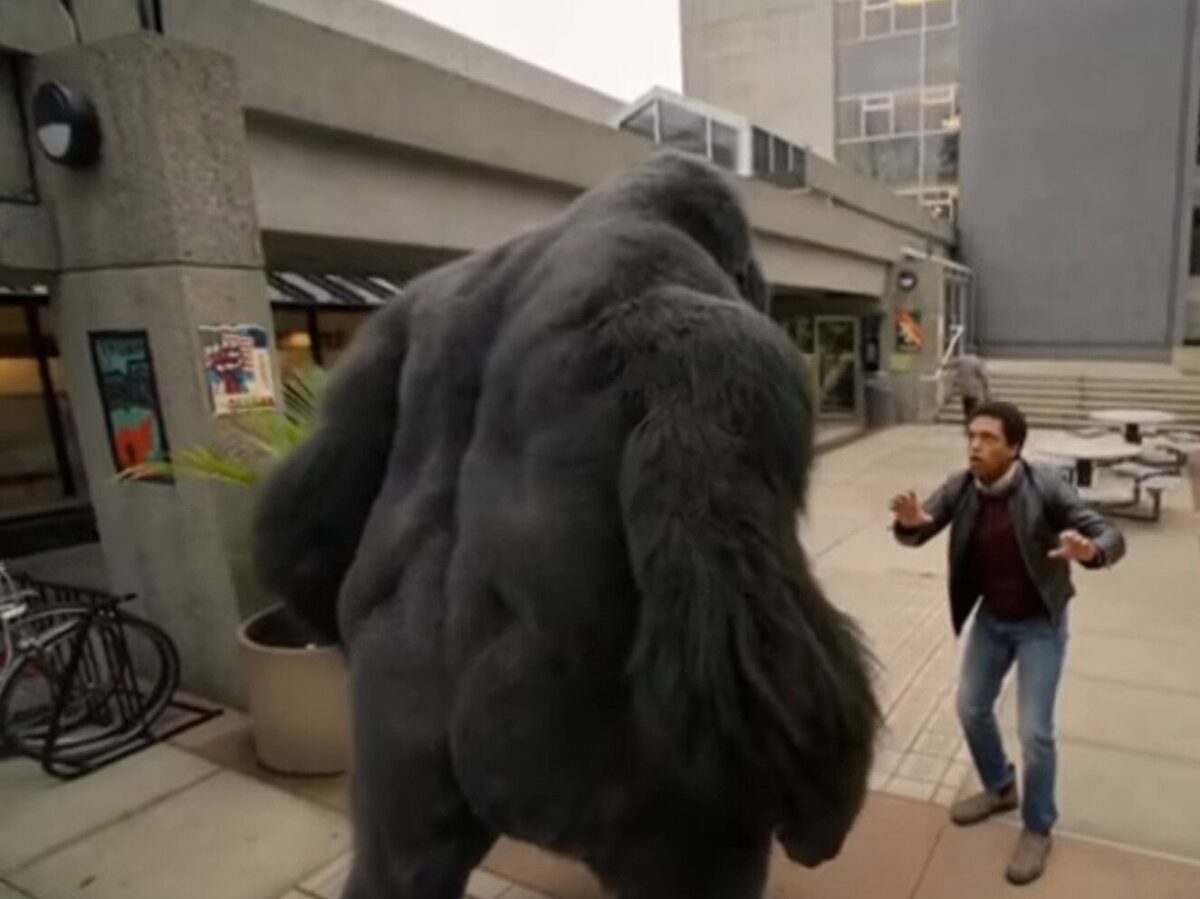 So. It’s Presidents Day, which means it’s as good a time as any to remember the time when a psychic time-traveling Gorilla tried to kill Barack Obama. As this fabulous tweet reminded us, it was an epic moment in TV history that we all need to recall on this solemn day.

What do you want like, CONTEXT for this? Well, it’s from the Legends of Tomorrow season three episode “Guest Starring John Noble.” At this point at the very end of season three (there’s only one episode after this), the demon Mallus and Damien Dahrk are trying to break time so Mallus can be freed from his magic time prison thingy. They’re doing this by causing anachronisms in history, like, you know, sending a giant psychic Gorilla (who was introduced on The Flash) to kill the future president.

I think my favorite part of this sequence has got to be “Time to make America Grodd again.” But honestly, the best thing about this is this wasn’t even the most bonkers part of the episode.

At that point, the demon Mallus is in control of Nora Dahrk, and the Legends realize that Mallus, who is voiced by John Noble, sounds like, well … John Noble. So they travel to New Zealand in 1999, go to the real John Noble’s trailer on the set of Lord of the Rings and give him “script pages” to read with commands for Nora like ya do. Wild.

Eventually, despite this, Mallus is freed and I’m telling you this because it’s as good an excuse as any to share and relive the greatest fight scene ever put to film as the Legends used six magical totems to unite in one form and take on Mallus …

Yes, the entire season comes down to a fistfight between a dragon demon thing and an Elmo knock-off. And if this alone has not convinced you that DC’s Legends of Tomorrow is the greatest superhero show of all time well … I don’t know what to say except that honestly, the killer Gorilla vs. Obama may not even make the top five weirdest moments on the show.

Every episode is currently streaming on Netflix, so go get caught up before the season six premiere later this spring. There will be aliens next season because … of course there will be.

Here are a few other things we saw this fine President’s day.