Relax, 'Episode IX' Won't Be a 'Return of the Jedi' Rehash | The Mary Sue

Relax, Star Wars: Episode IX Won’t Be a Return of the Jedi Rehash 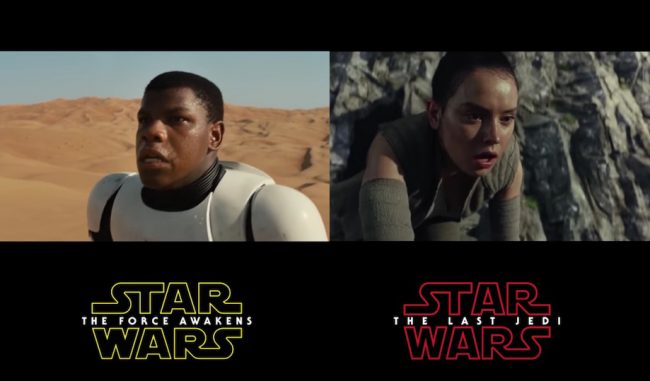 A big concern some Star Wars fans have about J.J. Abrams returning to direct Episode IX after helming The Force Awakens in 2015 is that he was too “safe” a choice for the end of this particular trilogy. What’s more, they feel that TFA was simply a retread of A New Hope, so they worry about the implications of that on the final installment. It seems that Abrams hopes to alleviate some of those concerns.

In a recent interview with BBC Radio 4, Abrams was with long-time collaborator Michael Giacchino, who recently contributed to the Star Wars universe by taking on last-minute composing duties on Rogue One. With regard to what their intentions are for working on Episode IX, Abrams said:

“[I]t’s certainly something that I’m aware of now working on Episode IX — coming back into this world after having done Episode VII. I feel like we need to approach this with the same excitement that we had when we were kids, loving what these movies were.

“At the same time, we have to take them places that they haven’t gone, and that’s sort of our responsibility. It’s a strange thing – Michael’s worked on things like Planet of the Apes and Star Trek and Star Wars, and these are the things of dreams. Yet we can’t just revel in that; we have to go elsewhere.”

Meanwhile, as reported by ComicBook.com, a fan on Reddit recently talked about meeting Abrams and Episode IX co-writer, Chris Terrio, and why it made him confident that Episode IX is going to be awesome:

“They said that they’re going to be brave and there will be big surprises. I got the impression that J.J. felt like he had to refresh previous Star Wars moments for a modern audience in TFA, and now it feels like they have free reign to do what they want.

“Apparently they’ve had no interference from Kathleen or Pablo or the Lucasfilm Story Group. 9 is also the film which unites all three trilogies and brings everything together. That’s all they would tell me.”

The trilogies, you say? Ugh. Don’t remind me (well, don’t remind me of The Phantom Menace. The other two were okay). Still, it makes sense having Episode IX be the culmination of the entire Skywalker saga film franchise as it stands now (no pressure), and if that’s the case then it really should be the freest of the bunch as the last chapter of a really long story.

I’ve gotta say, there’s no pleasing some people. Star Wars: TFA was “too much” like A New Hope. Star Trek in 2009 was “too unlike” original Trek. Be risky, but not too risky. There’s no winning, really, which is why we’re gonna get whatever movie we’re gonna get without getting any say in it whatsoever.

What I kind of hope happens is that I want them to film a short film that looks like the beginning of Episode IX, except that after the crawl the film opens with Rey, Poe, Finn, and BB-8 sitting at, like, an Applebee’s having a Tarantino-esque discussion about pop culture. For half an hour. Then, just when fans start getting really pissed, Abrams comes on screen and is like “You wanted different!” and then says, “Nah, I was just messing with you. Here’s the actual movie.” That’s what I’d do, anyway, if it were me.

Which is probably why no one will let me direct anything.

(via The Wrap, image: Lucasfilm)