Redshirts Being Made Into TV Series | The Mary Sue

John Scalzi’s Redshirts Being Made Into A TV Series 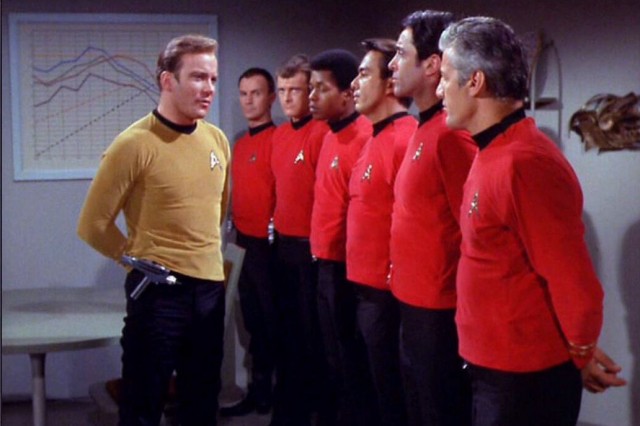 If you’re a fan of John Scalzi’s 2012 Hugo Award-winning science fiction novel Redshirts, then you’ll be happy to know that FX will be adapting the book into a limited-run television series. Well, if this were a television show, that’s what we’d expect you to be feeling. You know, if that’s what the narrative called for.

For the uninitiated, Redshirts is to Star Trek what Rosencrantz and Guildenstern is to Hamlet. The plot follows a group of young Starship Intrepid recruits as they investigate the ship’s ridiculous levels of crew death and discover that they’re being forced to follow a “television narrative” over which they have no control. Translating the book into the medium that inspired it would certainly make for an interesting challenge, so we’re excited to see what FX has in store for us.

Currently there are no writers tapped to adapt the series yet, but it will be produced by Jon Shestack, Ken Kwapis, and Alexandra Beattie; John Scalzi himself will serve as executive producer and consultant for the show. And don’t worry — we’re pretty sure the success won’t be going to his head anytime soon.

As karmic balance for my good news about the Redshirts series, I have both bit the inside of my cheek AND given myself a brain freeze.

(via Deadline, image via Star Trek)