There’s a New Island Forming in the Red Sea 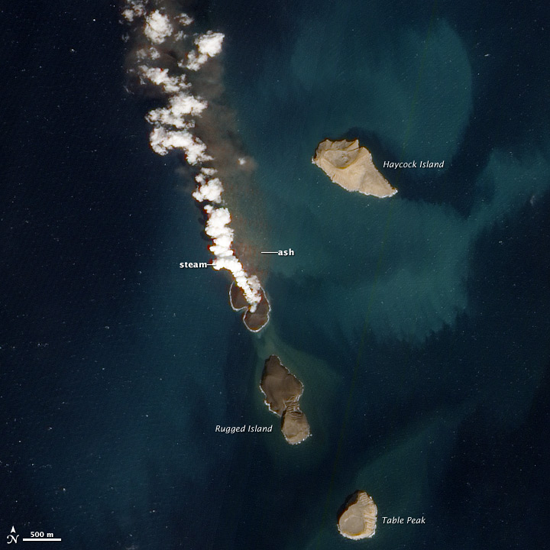 In late December, just before Christmas, a volcano in the Red Sea began shooting plumes of lava 60 feet into the air. The plumes of smoke and ash could be seen for miles in every direction; it was the birth of land. New imagery from NASA’s Earth Observing-1 (EO-1) satellite shows that the cooling lava has formed a new island is about 1,700 by 2,300 feet across and is expected to become a permanent resident. Welcome to the map, little island.

This image shows the region before any volcanic activity in the Zubair Group, west of Yemen. It also comes from NASA’s EO-1 satellite, but was taken on October 24, 2007. 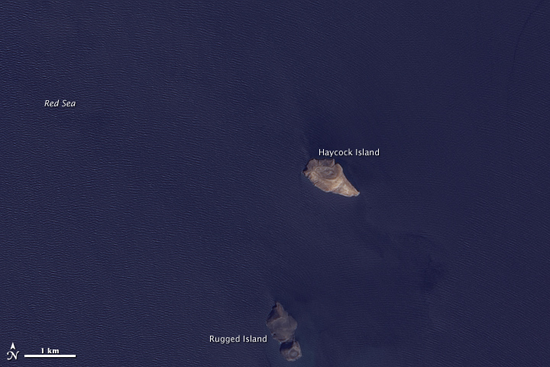 This is the same area on December 23, 2011, after the eruptions had begun. Already the outline of a new island was beginning to take shape. 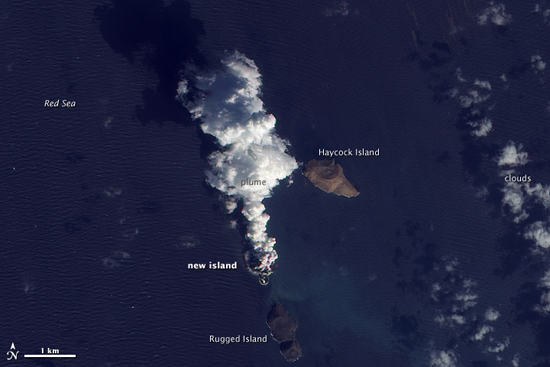