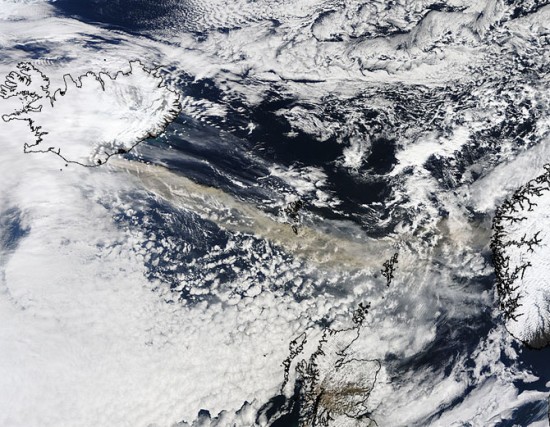 The havoc caused by Iceland’s volcano Eyjafjallajokull continues to worsen, most recently with British flight delays extended until Saturday. NASA’s Terra Satellite has provided us with a remarkable picture of the volcano from space, with volcanic ash pluming not only over Iceland, but over vast swathes of the North Atlantic.

The picture of the volcanic ash was taken using NASA’s Moderate Resolution Imaging Spectrometer (MODIS), an instrument which was aboard the satellite. NASA tells us a bit about it:

The MODIS Rapid Response System was developed to provide daily satellite images of the Earth’s landmasses in near real time. True-color, photo-like imagery and false-color imagery are available within a few hours of being collected, making the system a valuable resource. 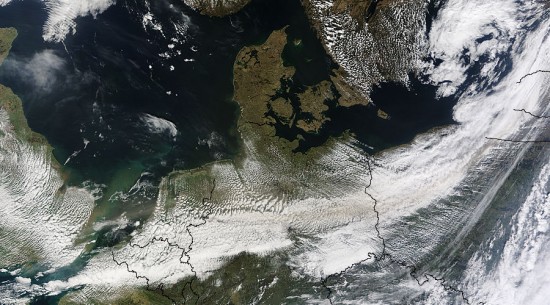 NASA has a full gallery of satellite pictures of Iceland’s volcanic eruption and other events of interest on their website.