Rebel Wilson Might Be In The Hunger Games. Seriously. 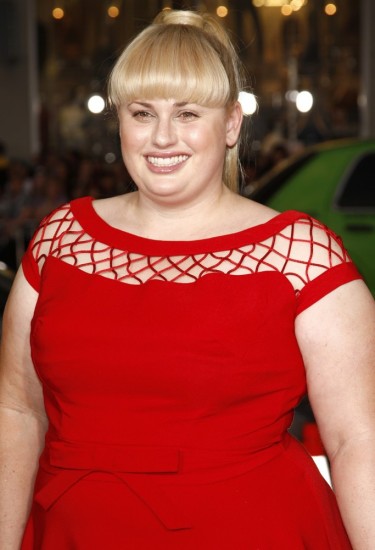 “Um, seriously, I have had a meeting about being in The Hunger Games. Yes…It was one of the people in the capitol. That’s all I’ll say…there aren’t a lot of roles open, because they’ve all already been cast, but that would be awesome. I’d love to be in The Hunger Games.” – Actress Rebel Wilson speaking to Buzzfeed about what seems to be the very real possibility she might get a role in The Hunger Games franchise. Is it too late to sneak her into Catching Fire? If so, perhaps they could find a place for her in Mockingjay.

Wilson also raved about The Hunger Games star, Jennifer Lawrence, saying she’s the sexiest woman alive. “I met her at a party and she was super-duper nice. She’s really quite tall,” she said. “I don’t know if you get that impression when you see her in movies, but she’s quite tall. Yeah, and she’s just really nice and I love The Hunger Games and I can’t wait for the new one to come out.”