Really, Kevin McCarthy? “Everyone” Bears Responsibility for the Capitol Riot?

The audacity of this complicit little clown shoe. 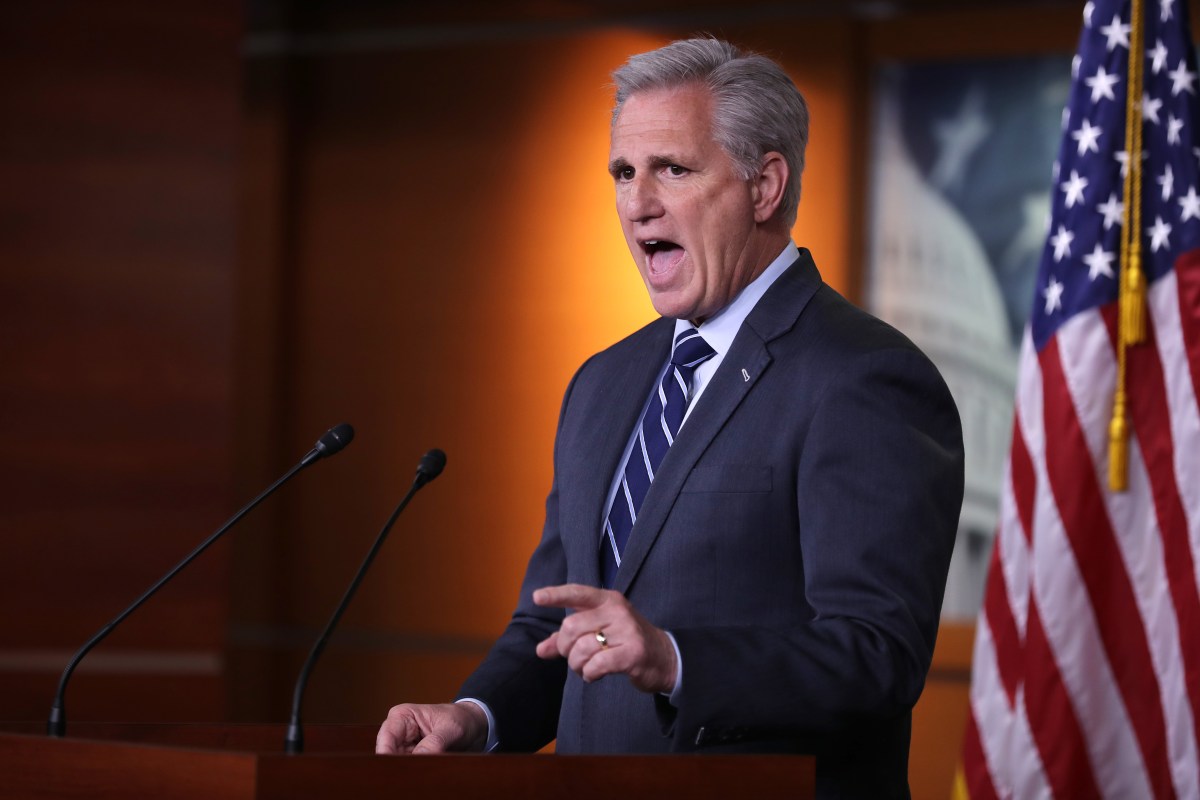 What does a politician do after he’s fanned the flames of a conspiracy theory which directly inspired a violent riot in the Capitol? Does he mourn the 5 lives lost? Does he recant his lies about a stolen election that wasn’t? Does he, for even the briefest of moments, look at himself in the mirror and wonder when he became such a craven, power-hungry ghoul?

Well, if you’re House Minority Leader Kevin McCarthy (R-Calif.), you quickly backpedal from any sort of responsibility and try to blame everyone else. Though last week McCarthy said on the House floor that Trump “bears responsibility” for the attack, he quickly backtracked saying, “I don’t believe he provoked, if you listen to what he said at the rally,” in a press conference later that week.

McCarthy, who lead the House republicans in voting in favor of objecting to the election AFTER the violent insurrection attempt, then doubled down on spreading the blame around. In an interview airing Sunday on Gray Television’s “Full Court Press With Greta Van Susteren,” McCarthy said that while he admits that Trump was part of it, “I also think everybody across this country has some responsibility.”

REALLY, Kevin McCarthy? You think that “everybody” had a hand in the violent attack that was inspired by Donald Trump, promoted by republican lawmakers, fomented on right wing message boards, and carried out by a literal army of Trump supporting nazis and white supremacists was somehow a team effort?

I don’t know about you, but I spent January 6th chasing my toddler around the living room and texting memes to my co-workers. I didn’t raise money to fly myself and some assault rifles across the country to lead a violent siege and murder a cop with a fire extinguisher based on conspiracies I read on 8chan. This statement is so shockingly victim-blamey and idiotic that it truly boggles the mind.

Seriously, what sort of reverse magical thinking is at play here? Because as far as I’m concerned, one party won the election, while the other lent a megaphone to our former serial lying and cheating POTUS.

But McCarthy didn’t stop there, going on to criticize democrats, DC law enforcement, and mean tweets (yes really), adding “I think this is what we have to get to the bottom of, and when you start talking about who has responsibilities, I think there’s going to be a lot more questions, a lot more answers we have to have in the coming future,” he added.

Even Senate Minority Leader/Chelonian Mitch McConnell admitted that Trump stoked the violent uprising, saying “The mob was fed lies, … They were provoked by the president and other powerful people, and they tried to use fear and violence to stop a specific proceeding of the first branch of the federal government which they did not like.”

You know something is seriously wrong when even Mitch McConnell is like, “that’s a bridge too far.”

Kevin McCarthy is responsible. I am not. Pass it on.

Hell NOOOOO, the responsibility is on you Kevin and your 145 fellow Trumpers. https://t.co/6iWkoE1ZKg

McCarthy’s comments are a disturbing reminder that, while Donald Trump is gone, Trumpism still rules the GOP.