Check Out These Real-Life Spidermen 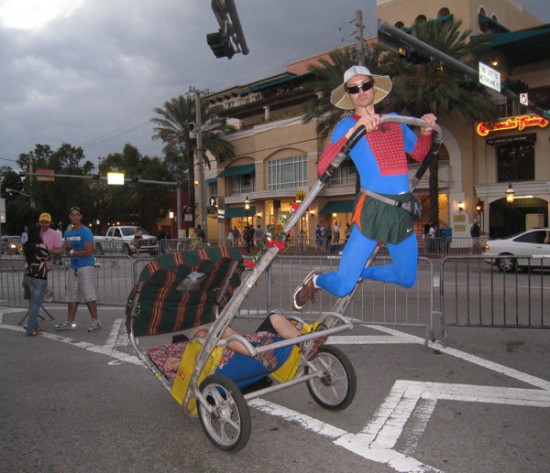 If you’re still curled up in a fetal position after hearing the news that Spider-man will be rebooted in 3D without Sam Raimi, Tobey Maguire or James Franco, then maybe it’s time you let these real-life Spidermen pull you back from the darkness.  That’s right–Spidermen.  As in plural.

There are a surprisingly large number of people around the world vying for the title of “real-life Spiderman.” They may not be bonafide web-slingers, but these Spidermen seem to be doing just fine without the aid of special effects or radioactive spider bites:

Or there’s India’s Jyothi Rai, whose crowd-pleasing acrobatic climbing skills have likewise earned him the moniker of “the real Spiderman”:

And finally, we have inventor Jem Stansfield, host on BBC show “Bang Goes The Theory” and the latest real-life Spiderman contender.  Stansfield recently climbed a 30 ft. school wall using a pair of “vacuum gloves.”  If a 30 foot wall isn’t impressive enough for you, last year he climbed 120 feet up the BBC Television Centre:

But of course: everyone knows the REAL Spiderman lives in New York City.  None of the gravity-defying feats of those other Spidermen can compete with New York’s Rickshaw Spiderman: