Ready Player One Review: Well, It’s Not Terrible and That’s More Than We Expected 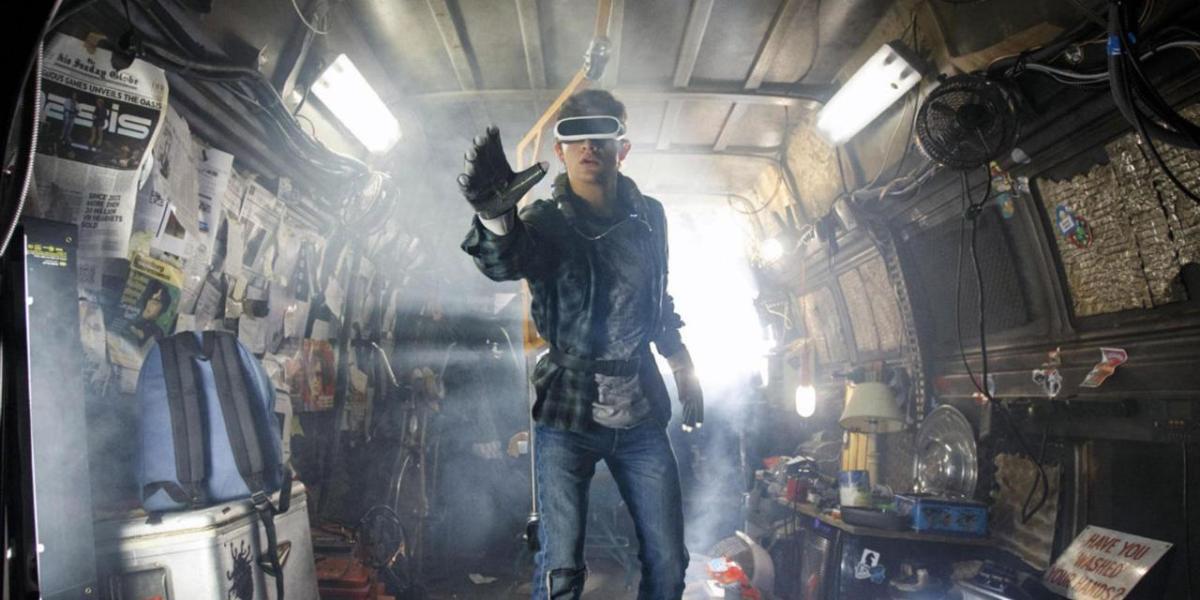 Here’s the best thing I can say about Ready Player One: I didn’t hate it. For a movie based on a book I very much did hate, with months of laughable and/or boring advertisements leading up to its release, that’s a feat. And for a film which itself lacks any real depth, any purpose or meaning beyond idolizing pop-culture as social and emotional currency, that’s even more impressive. I can’t say I liked this movie, but I didn’t hate watching it. And that’s not nothing.

Ready Player One is set in the year 2045, “long after everyone had given up trying to fix things.” Our hero, Wade Watts (yes, his father named him for the superhero-esque alliteration) lives in an era of overpopulation, pollution, food poverty, and all other manner of environmental and economic evils.

The majority of the population, then, lives to exist in The Oasis, a sort of virtual reality Second Life, created by super-genius James Halliday. Upon Halliday’s death, a game was launched in which people were told to seek three “keys” hidden in the virtual world in an attempt to win full ownership of The Oasis. Seeing as it’s the prime and almost sole commodity of the current world, that’s a big prize.

A note for those of you who have read the book, my advice is to just let go of it. There is much that the film improves upon, and a ton of changes that make for far more theatrical tellings. (If the book’s actions were strictly followed, we would have at least an hour of just watching characters play video games. So good on Spielberg for not making us go through that.) But there’s also a good amount–like, in my opinion, the film’s entire last act–that doesn’t even live up to a book that I despised.

Even if you haven’t read the book Ready Player One, you’ve likely heard about its incessant references. These come from Halliday’s obsession with pop-culture of the ‘80s and early ‘90s. So when Wade–known in The Oasis as Parzival–dresses like Buckaroo Banzai, he races against a DeLorean and a Batmobile, he fights King Kong, etc, etc, forever, ad so much nauseam.

Those who mine the filled virtual world, hunting these easter eggs are called Gunters, and they’ve been searching for years with no one finding even the first key. Their main enemy is the evil IOI, led by Ben Mendelsohn’s Nolan Sorrento. IOI enlists armies of gunters (known as “Sixers”) in their corporate mission to acquire ownership of the world’s most potentially profitable commodity.

Yet for a movie whose villain is an evil corporation, our protagonist, and even the overall message, lacks any convincing heart. And this is in a Spielberg movie, where heart is usually the prime objective. We know we’re supposed to root for Wade, but why? Because he’s a true fanboy with pure pop culture intentions? I don’t give a crap about that. Wade has no philanthropic motives for wanting to become a trillionaire. And while his love interest and partner, Art3mis, does mildly shame him for his lack of depth, we never get much more from him. There’s no discernable character arc, nothing that serves as a decent reason why we should care about him, other than the fact that he can spout John Hughes trivia.

Additionally–and I swear I’m trying to keep the “but in the book” comparisons to a minimum–but in the novel, the Oasis is everything. It’s where the whole world shops, interacts, even goes to school. It really is a commodity we can understand killing and dying for. In the film, the point of The Oasis seems to be this egg-hunting game. So once someone wins that game, it’s not really clear why or if anyone would still spend time there. Again, I have no idea why we’re supposed to care about any of this.

As little as the movie makes us care about the Oasis, though, it’s even less interested in its own “real” world. Whenever the setting moves outside of the Oasis, the plot drags. Watching Wade solve puzzles is a test of our patience more than his skill. The film does nothing to make us care about Wade’s team of “High Fivers.” Lena Waithe is fantastic but underutilized as Wade’s friend and teammate, Aech. Olivia Cooke is great as Art3mis, and the movie manages to rid her character of much of the “cool girl” trope she’s reduced to in the book. (Though it’s still ludicrous that so much of her character is defined by the insecurities borne from her very faint birthmark, hidden by bangs, with her being almost entirely shot from her other, non-birthmarked side. Wow, what a hero Wade is for loving her nonetheless.) And we know basically nothing about the other two teammates, two Japanese brothers who are just … also there.

The best thing I can say about this movie is that it is not what I was expecting. I was expecting to leave with a migraine brought on by 140 minutes of nonstop eye-rolls. The movie is wall-to-wall pop culture references, and while that’s exhausting and tedious, it’s also inevitable that it will manage to push your own specific nostalgia buttons. Seeing two frequently-shipped Overwatch characters together, or watching the heroes run around The Shining’s Overlook Hotel were, I admit, a total delight. (Though I will never forgive the movie for turning the Iron Giant into a weapon.)

So there you go. It’s not terrible. It’s actually pretty fun. It’s overstuffed, too long, and didn’t make me care about any of its characters in the slightest. But did I somehow still have a good time? Mostly, yeah.