Robert Downey Jr. Says Being Recast As Iron Man Would “Probably Be The Best Thing In The World” 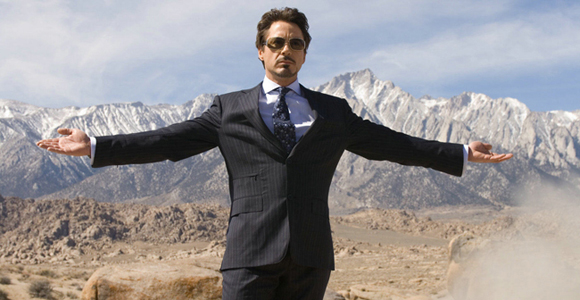 We’re moving ever closer to the next installment of Marvel’s Iron Man, getting new posters every few days, and anxiously awaiting another trailer. And while Robert Downey Jr. may have bombed at the Oscars along with his Avengers co-stars, we know he’ll always be awesome as Tony Stark. Or will he? In a recent interview with Empire Magazine, the actor talked about his long love affair with the character and how it may be time for someone to replace him.

In the latest print issue of Empire Magazine, Downey discussed the role he’s held onto since 2008’s Iron Man and the quality of his work since then.

“Let’s just say that the only thing I ever let go of had claw marks in it,” he said when asked if he wanted to return to play Tony Stark after Iron Man 3. So yes, he absolutely loves the role but even he’s not sure he can do it forever.

“There’s a little bit of soul reclamation going on. I feel that the first time I played Tony, I did it best,” he said. “Sorry! The affinity with Tony now is: how do you sustain something? I’m not stupid, I like to play ball, I love the company, I love the character, and the business side of things, I’m not to picky about that either.”

The actor hasn’t really played many roles other than Tony Stark in the last few years, what about recasting him? “It would probably be the best thing in the world for me. You know, ego…but sometimes ego just has to be smashed. Let’s see what happens. I take the audience very seriously – I feel bad when I see folks doing movies and the audience is like, ‘Don’t do that anymore.’ I don’t have to overstay my welcome.”

Downey’s contract with Marvel is up after Iron Man 3 which leaves room for negotiation for The Avengers 2. But President of Production at Marvel Studios Kevin Feige makes us worried when he says things like, “Tony’s going to carry on. Avengers 2 already has a release date!” Because well, he said Tony, not Robert.

I’m assuming the studio will throw Downey tons of money to return for Avengers 2 but from what he said here, I’m not sure he’d sign a contract that agreed to anything more. Would you accept a recast of Iron Man or should Marvel let the character lie low for a few years while they focus on other Marvel characters?