The “In Memoriam” portion of the Oscars is a sad but lovely moment where we remember the talent that’s passed away during the year and the legacy they’ve left behind. The Razzies, which always air the day before the Oscars, decided to have an “In Memoriam” of their own—but with a twist.

Written, directed, and produced by Mo Murphy and John Wilson, the video gives us a montage of some of the Hollywood men who’ve been accused of sexual harassment or assault. It includes faces like James Franco, Bill Cosby, Kevin Spacey, Louis C.K., and Donald Trump, all over a gigantic photo of former producer Harvey Weinstein. Considering that many of them are being written out of projects or fired, an “In Memoriam” for their careers seems appropriate.

“In Memoriam” videos are often about remembering and honoring those who have left us, but the Razzies want to make it crystal clear that this is not one of those moments. It ends with this message: 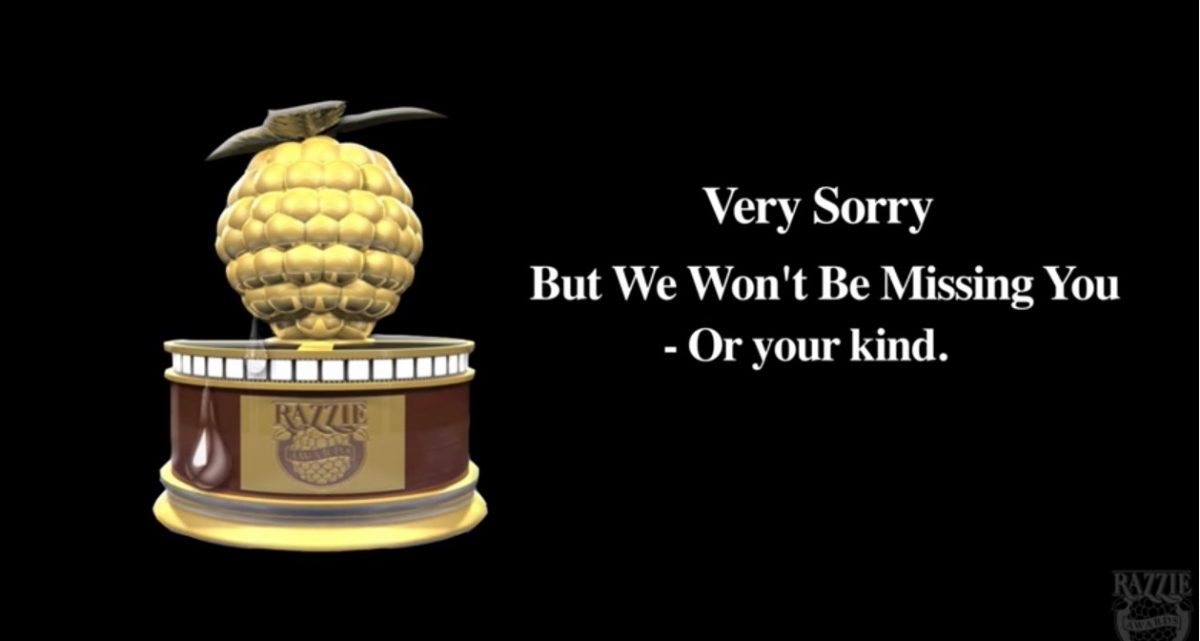