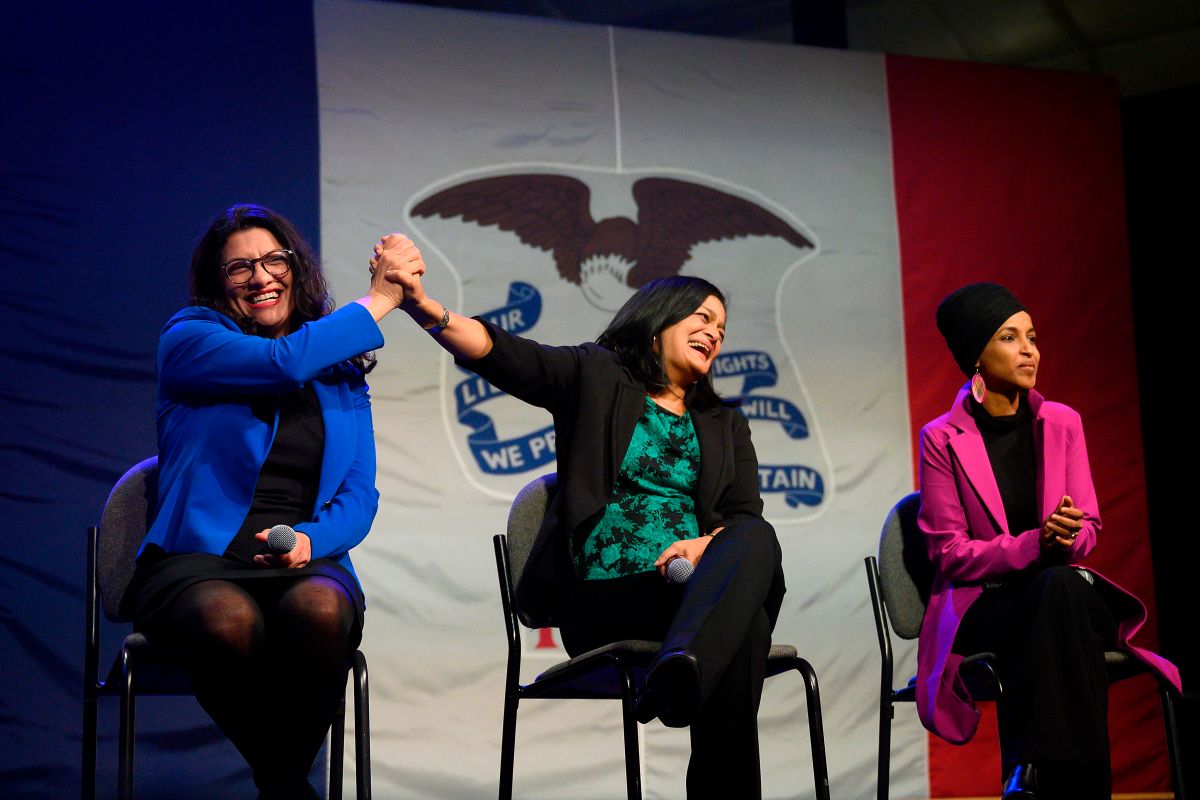 Michigan Rep. Rashida Tlaib joined fellow Reps Ilhan Omar and Pramila Jayapal at a rally for Bernie Sanders in Iowa, where Tlaib passionately booed Hillary Clinton. The booing was in response to moderator Dionna Langford bringing up Clinton’s previous remarks about nobody liking Sanders in the Senate. While Langford told the crowd, “We’re not gonna boo. We’re classy here,” Tlaib responded by booing and saying, “You all know I can’t be quiet,” she added. “The haters will shut up on Monday when we win.”

With the Iowa caucus just 2 days away, campaigning has reached a fever pitch among the Democratic hopefuls. Emotions are running hot, and the stakes are higher than ever. Tlaib’s booing has been met with mixed responses from Democrats. While some cheer on Tlaib’s rejection of the Democratic establishment, others have criticized her for stoking the flames of division. After all, there is nothing unifying about calling fellow Democrats “haters” and telling them to “shut up”.

The media’s response to Tlaib’s booing is frustrating on many levels, because there are no easy answers here. Tlaib is allowed to express her frustrations and dislike of Clinton, just as Clinton is allowed to do so about Sanders. But Clinton is now a private citizen. Tlaib holds public office, so there are different expectations for her.

There is a lot to unpack here, as the situation contains nuances that aren’t easily explored in the restraints of Twitter’s character limit. Clinton supporters will take offense at Tlaib booing while Sanders supporters will root her on. But here’s what pisses me off: this is more rehashing of the 2016 election that sets Dems up to fall into the same trap that fucked us in 2016. Once again we are sacrificing good at the altar of perfection.

Democrats are uniquely skilled at eating their own, and they don’t seem to have learned their lesson from 2016. Trump and his goons have evaded a fair trial in the Senate, doing untold damage to our democracy and creating a constitutional crisis. That’s something to boo about.

Trump’s administration has rolled back protections for LGBTQ+ Americans. That’s something to boo about. He’s destroying the environment and putting children in cages. Those are horrific things to boo about.

It’s disheartening to see Democrats completely missing the forest for the trees. And it’s also worth noting that a crowd booing Clinton is not that far removed from Republicans chanting “lock her up” at a Trump rally. We have a long and grueling primary season ahead of us, but let’s not lose sight of who the real enemy is. It’s not Clinton or Tlaib or Sanders or Biden or Warren or Buttigieg. It’s Donald Trump, his craven and corrupt administration, and the spineless senators giving him permission to ruin our democracy.

Democrats, get your shit together.